Lebron James Shouldn’t be Talking About Anything Except Basketball 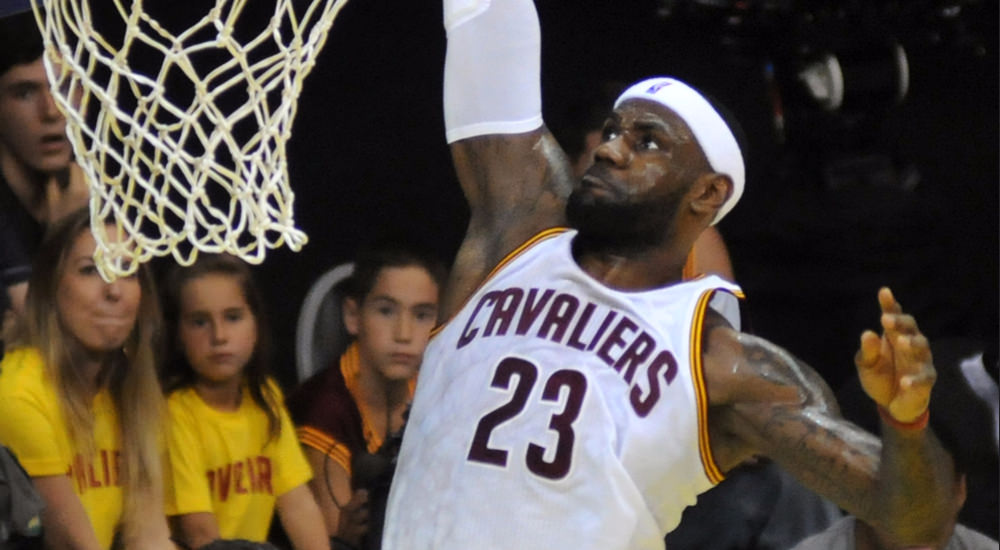 No Audio Version. After reading, you’ll know why.

Basketball icon and Hillary supporter Lebron James has waded into the political arena. He recently commented on Trump’s disturbing remarks in 2005, and the fact that Trump said it was “locker room talk.”

What is locker room talk to me? It’s not what that guy said,” the Cleveland Cavaliers forward told reporters. “We don’t disrespect women in no shape or fashion in our locker room. That never comes up.”

“But what that guy was saying,” James then added, “I don’t know what that is.”

Having spent years playing various sports – football, wrestling, hockey, lacrosse – as well as military facilities on land and aboard ship – not to mention the gym I currently attend – I can tell you for a fact that unless the Cleveland Cavaliers are sharing a locker room with a local Christian boys group – Lebron is full of crap. I hear things even today in the locker room of my gym, uttered by well-educated doctors, attorneys, engineers, etc. that would make a Marine blush. I have an acquaintance – a neurosurgeon, whose foul mouth would turn Lebron white.

This is not to excuse Trump. What he said was disgusting, and in my opinion, he meant what he said. I believe this is Trump, but for someone as prominent as King James to call out The Donald begs one to examine the King – does it not.

I think we can all agree that one can peek into a man’s (or woman’s) soul by how he lives his life, the company he keeps (his friends) – maybe how many baby-mommas he has and yes, even the music he listens to.

By all accounts, James appears to be a good and decent guy and a good family man. He did say, “I’ve got a

mother-in-law, a wife, a mom and a daughter, and those conversations just don’t go on in our locker room.”

I wonder then if King James would allow his mother-in-law, wife and daughter to listen to his music library. I, and I believe most,

would be appalled to hear that he would.

I found a playlist of music, from just a few years ago, of some of the pre-game and locker room music Lebron enjoys.

**WARNING** The following are close to un-redacting lyrics pulled directly from Lebron’s playlist. They are NOT for everyone. You’ve been warned!

Trap Back Jumpin, by T.I.

“Don’t like me? – Thats alright – Come fight me? – Nigga, yeah right – A nigga get wrong and get did right – With your ass hoe – Get embarrassed hoe – All about my cash flows –
Yo new bitch was my last hoe – I got 6 sluts in my maybach”

Get Right, by Young Jeezy

“And still give the nigga my last, enough is enough – Bad bitch with me and she makes bread – Let her ride the dick like a Ten Speed”

Clique, by Kanye West (Kim Kardashian’s husband and father of two – one, a daughter)

“I tell a bad bitch do whatever I say – My block behind me like I’m coming out the driveway – It’s grind-day, from Friday, to next Friday – I been up straight for nine days, I need a spa day – She tryna get me that poo tang – I might let my crew bang”

“Pretty nigga rich, Flacko be the sh*t – And that bitch, know we poppin’ so she boppin’ on this dick”

So Lebron doesn’t disrespect women in the locker room – just in the music he listens to. I guess that’s okay.

As bad as Donald may be, he can’t hold a candle to this crap. And don’t tell me that people who listen to this garbage don’t have a dark side. You can’t continually listen to music (and I use that term loosely) like this and not have some sort of kinship toward it.

This is what good guy, family man, husband and father, Lebron James is ingesting.

Once again, the old saying rings true – Shut up and Play.