What I Learned About Western Leftist Ideology in China 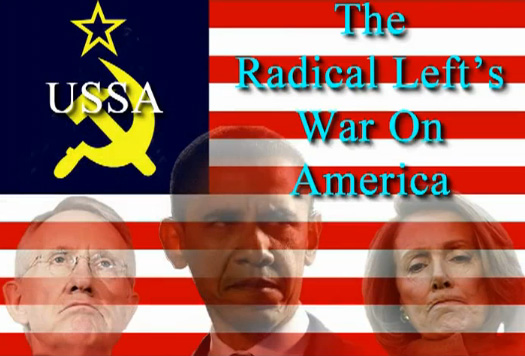 My father was never much of a teaching father. He didn’t sit me down to teach me right from wrong. He didn’t have to. Right behavior was expected and one always knew that transgressions away from home were always somehow mysteriously reported back to our parents. Before they started up a small corner store, they used to regularly play lawn bowls at Samford in the countryside just north of Brisbane. My brother was still alive at that time, so I was under twelve years old and I remember the treatment we would cop from everyone else’s kids because we four boys were ‘goody goodies.’ They hated hearing their parents express the wish that they could be well behaved boys like us. This was in the days of corporal punishment – thank God…….

…I say all this not to put tickets on myself but to highlight something which all those “Politically Correct Thought Police” don’t get. Right behavior comes from observing right behavior, it doesn’t come from being taught what is right and it certainly doesn’t come by vilifying those whose behavior is not up to our own perfect standard. In fact, from psychology one can learn a great deal about what is hidden behind ideological fanaticism.

I watched a program on feminism some years ago and noted the claim that after all the years that had transpired and all the educational programs that had been put in place, the feminist movement was still fighting an uphill battle when it comes to sexism in young men. From where I stand, I can’t help but wonder how it is that since the divorce rate has risen 400 percent in the years since I was born, and with 90 percent of the (divorce) kids being raised by their mothers, that feminists have not succeeded in ridding society of sexism. When the fathers were present, sexism was allegedly a result of their influence. Their absence has achieved nothing. What then is the underlying cause of sexism? For me the answer is not to be found in the ideological education that the young people have received, but mostly in what they have learned through observation at home. Parents are the ones who provide children with their behavioral foundation, and most of the time parents (and other educators) remain ignorant of what their children are really learning. No further comment!….

….When I hear people talking about how tremendously dedicated and intelligent Chinese students are, I am acutely aware that they are only looking at one small piece of a much larger picture of Chinese life and culture. They are not only engaged in stereotyping but demonstrating massive ignorance, especially in relation to the suffering and sacrifice that those “brilliant” Chinese students have had to embrace. And therein is to be found a largely unrecognized problem in PC ideology.

PC ideologues believe what they want to believe. They see society as they think it should be. And more than this, in their righteous sense of superiority they believe not only that whatever they believe must be the ultimate truth, but that everyone else in the world – particularly immigrants with non-European backgrounds – wish to actively embrace those same ideological beliefs. Within the whole scope of Political Correctness there are numerous issues with which many non-European peoples inherently disagree. Try talking to a Muslim about gay rights and see how far you get.

Consider the total population of Muslims and Chinese in the world and their attitudes to homosexuality and you soon realize that Western PC angst over gay rights is a local phenomenon and has no more significance in the grand scheme of things in the global community than whether you use butter or margarine on your morning toast….

….Political Correctness actually preaches equality, respect, tolerance, non-discrimination, consideration for others and fairness in dealing with people. But when you close your ears to what they preach (The Educational Program) and open your eyes to observe their behavior (The Real Lesson), you can often discover that there is a disconnect between the two (cognitive dissonance). When people preach tolerance with threats; when they vilify people while preaching respect; when they preach non-discrimination while denigrating those who do not toe the line, the lesson learned is that the evil ones in society are not those who state openly and honestly their beliefs, but those who from one side of their mouths preach righteousness whilst from the other they teach intolerance, vindictiveness, totalitarianism and hatred…..

…When it comes to abuse in society, the really potent and unseen abuse is Emotional Abuse. It is hard to recognize and even many of those suffering from it don’t realize that they are actually being abused. Emotional abuse is always about control. The abuser needs to have control over the abused. The abuser gains and reinforces their chosen self-identity through the acquiescence of the victim.

Children who grow up being emotionally abused can actually fail to see that they have been abused and will fail to see how they are abusing their own children. Adult victims of emotional abuse will also fail to realize that they are being emotionally abused. They might think that they are just fighting with the spouse, a boss, a workmate or neighbor. As time progresses and adult victims learn that it is easier to just nod the head and agree, they begin the slide into real victimhood. It can be a long slow and imperceptible process and in the case of a spousal relationship, impossible to rectify. When the victim refuses to cooperate, the abuser must create a fiction in which the victim is painted as the abuser. If the victim submits, they remain a victim but if they do not, the abuser will appear to be the victim. The real victim loses either way.

PC ideologues and PC Thought Police and all those activists who demand a pound of flesh when some poor sod does or says something (even unintentionally) that goes against the cultivated PC narrative, are in fact emotional abusers. They are not teachers seeking to teach some ignorant person about a better way of relating in society. They are abusers demanding total compliance and if that compliance is not forthcoming, then they paint themselves as the victim and call for society to turn on the real victim of Emotional Abuse.

You may believe this to be a crock of sh*t if you wish, but look at each public outcry that relates to offenses against political correctness and see who is the active persecutor in that instance. To express one’s dislike of Jews, or Muslims, or Christians, or Chinese is not to be a persecutor of those people. But when those who defend the precious ideology of PC take to arms, just see who is preaching violent oppression. Ninety percent of the time I predict that you will be surprised.

The stated principles of so many activist agendas are quite reasonable and worthy of acceptance but when I see activists at work, I observe them like I observed my father and I learn from them like I learned from my father. If PC was just about changing attitudes then I would care less about the really pompous self-righteous thought police. But it is not just about changing attitudes. What drives Political Correctness in all its forms is Cultural Marxism. I live in a Communist Country. The people completely changed their cultural history and attitudes on the promise that they were going to be set free from feudal slavery. What they got, just like those in Russia, were leaders who oppressed them and demanded complete assent to the imposed ideology. Political Correctness in Russia and China proved disastrous. In those two countries however, PC was introduced after the revolution in which ideologues took control. In western countries today, the ideologues are using political correctness as a tool in achieving their ultimate objective – to overthrow the established order.

When PC activists of all colors start preaching that message, I will be more willing to trust them. For the time being however, all I see and hear is that my country, its people, its culture and its history is shameful and that I must atone for all of its sins. It seems that I must drop my pants, bend over and take it like a proper western man.

“I think not! I’ve become too Chinese!”

This excerpt is a truncated version of Chapter 29 of my PDF book ‘Finding Myself in China: A Politically Incorrect Story.’ Chapter 29 is titled ‘What being an Australian living in China has taught me.’ Only half of the chapter has been presented here and none of it has previously been published on the internet. Whilst the book chronologically takes the reader through my life in China, the story is called ‘politically incorrect’ because it contains a lot of political commentary.