Leaders of a Banana Republic 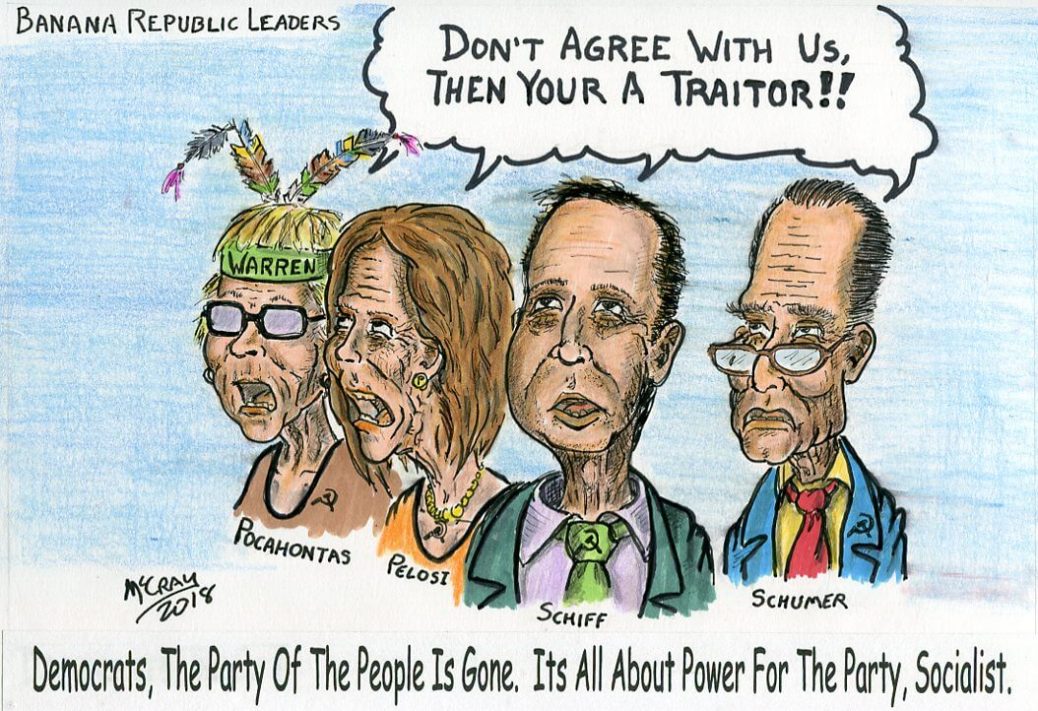 It doesn’t matter what the issue is, if a Republican said the sky is blue, a so-called Democrat will scream that it is black as the pits of hell and that we are all going to die.  Trying to have an intelligent discuss on problems that face this county is impossible when the extreme left is all about demeaning the other side in their quest for complete and total power.

Now the new favorite word for the left is Traitor, they have worn out the word Racist and they have to find something new to try and make people cower.  The more the left keeps going to the absurd, the more fair minded people who make up the majority of this country can see that the left doesn’t want to do anything except obstruct.

Members of Congress on the left, who consistently move in lock step with their leaders have demonstrated that they don’t represent those who elected them.  They have shown that they vote for party politics and for party power.