The Last Line of Defense for Hillary is Tim Kaine 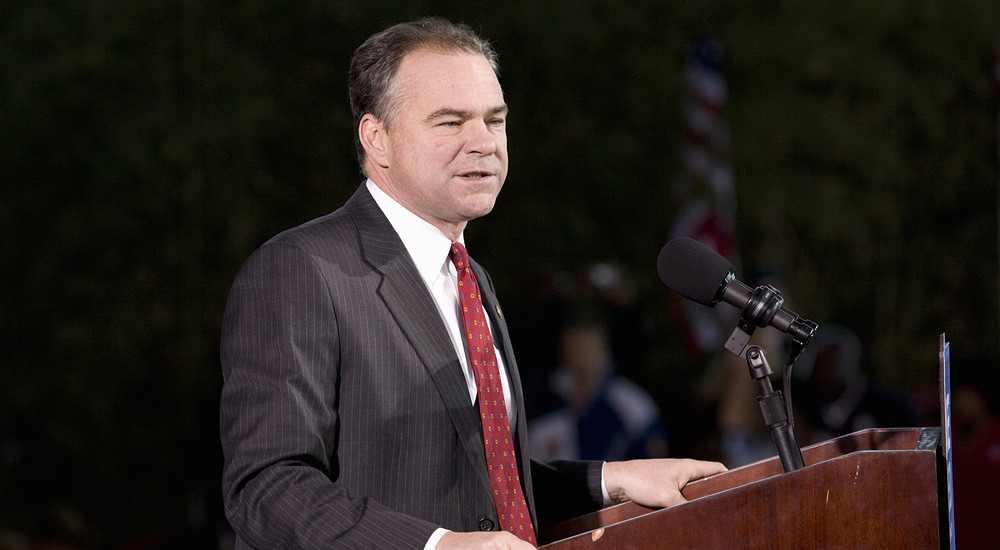 On the immortality of the soul, Cyprian, Bishop of Carthage during the third century wrote, “He shall not die, forever.” We might take note he wrote concerning the soul in Latin, but more importantly we should wonder at just how negative his take was on life everlasting, not that we shall live forever, but that death will merely elude us, forever.

That describes Tim Kaine’s role in the grand scheme of the Democratic Party’s current efforts, not simply Hillary Clinton’s aspirations, to maintain the party’s seat of power in the White House. It’s a jaundiced view of immortality on the part of the Democratic Party, not to provide their best and brightest so the American patient might live and enjoy a productive life, but to simply make sure the patient does not reject its next Marxist born, grown, and nourished transplant, the certain viability of the replacement organ being key. Picture a doctor announcing to a hurting, waiting family, “The operation was a success. I doubt your father will come out of his surgically induced coma, but at least his new heart is pumping vigorously.”

Tim Kaine is not the organ to be transplanted. He is the cables and juice on hand to restart the patient should the transplant organ suffer attack or arrest before November. Let’s further observe. Tim is not Hillary’s VP pick because he complements her. They agree on most everything. He is not her light. She is not his darkness. Both have been accused of wrongdoing, so one does not help vindicate the other. Tim does not deliver a state Democrats have not won before without special help. But Tim has one essential quality Hillary desperately needs; he’s tried and true, an articulate and vocal defender of the Clinton’s whenever they are beset by charges of scandal, fraud, or conspiracy to commit fraud. Tim Kaine is Hillary’s last line of defense, her final hope to win the presidency.

Somewhere deep in the bowels of the Democratic Party decisions were made. One was to spare us of James Carville. If they had truly intended revenge, “sweep the leg, no mercy,” on the American people, perhaps for rejecting Algore in 2000, James would have been their VP pick for this convention cycle. But “it is what it is,” Tim Kaine: Hillary Clinton’s running mate, not because he complements her but because he has been one of her most ardent, relentless, tactful yet successful defenders.

If Tim is Hillary’s last line of defense, he is also the Democratic Party’s last line of defense, their place holder, their Occupy VP candidate in the event Hillary should either be removed from or forced out of her race for the presidency. Importantly, Tim does complement other Democratic candidates, certainly more favored by President Obama. Elizabeth Warren or Bernie Sanders come to mind; alternate viable transplant organs prepped and ready should the need for either one of them arise, whether before, during, or after the Democratic National Convention being sanctioned this week by Philadelphia.

As a complement to Elizabeth, he is to her right, will be mostly viewed once he is more widely known as more pragmatic than Elizabeth by independents and moderates, and he is certainly allied with the Clinton camp and voters who Elizabeth would need on her side to show up early (and often) at voting booths across the land. If Tim has been an able defender of Hillary in spite of her fertile non-pastel peccadilloes, he would find his job much, much easier defending and promoting Elizabeth’s candidacy for the White House, a piece of cake, as they say.

Just saying, Tim does not complement Hillary. He would complement others in the chamber, if the trigger was pulled. Conspiracy theorists can sort out who was involved, for how long, planning to execute the various contingencies and steps along the way. Perhaps Hillary, Bill, and Barack had a beer summit. Or maybe, not much longer to be DNC Chair Debbie Wasserman Schultz or Valerie Jarrett had this all planned out, at the ready as early as 9/11.

America’s voters will choose between Life and Coma in November. Which will it be? Senator Tim Kaine foreshadowing, “We will not die, forever.” Or Governor Mike Pence declaring, “We will live, forever.”