How do I Know Creation Days are Literal? 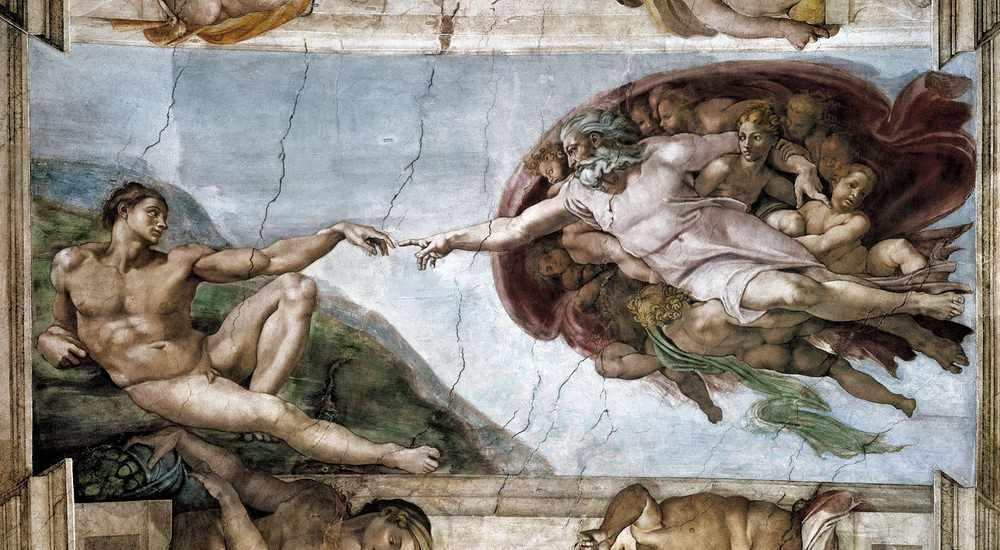 Many Christians are in a fog when it comes to the Creation account in Genesis 1 and 2. This is caused by the constant brainwashing in schools and colleges, and even by popular TV programs, in favor of evolution. What they don’t know is that evolution is just a weak hypothesis, with no science behind it.

Many believers are thus duped by the supposed science, and find it is easier to just accept the deception than to deal with it properly. This is understandable, given the massive fraud inflicted on society by unscrupulous scientists, who become violently angry at any mention of ‘Creation’. Of course, some are only too happy to allow this deception, because it coincides with their own lack of faith and adherence to the Bible and what it really means.

Perhaps with one or more of these ‘reasons’ in mind, an iPatriot reader of my article (Is 1000 years really the same as one day?’, 9th September)) asked how I know the days in the Creation are literal days (24 hours each). The answers are very simple. But, if a Christian is unaware of the facts or is overawed by Darwinism, he or she will not know the truth. All I can say is that the person asking the question is not alone.

In Exodus 20:11 we have the following confirmation of Creation as a fact:

“For in six days the LORD made heaven and earth, the sea, and all that in them is, and rested the seventh day: wherefore the LORD blessed the sabbath day, and hallowed it.”

The word “it” alone proves a literal day is meant. But, we can go to the words ‘day’ and ‘days’ in the text, because they are exactly the same words used in Genesis 1 and 2. This means, unless we torture the text, that ‘day’ refers to a literal single day of 24 hours, “it” being used of something literal and singular. Also, as this designation of the Sabbath ‘day’ follows on from other ‘days’, the other days are literal, too – 24 hour days. Otherwise interpretation becomes nonsensical.

(Note that interpretation cannot be twisted to mean whatever we think it means. True interpretation arises only from the meanings of words in scripture, and not from our personal ideas).

A similar text is Exodus 31:17, where both the singular and the plural words for ‘day’ and ‘days’ are used, but the English translation only lists the singular.

“It is a sign between me and the children of Israel for ever: for in six days the LORD made heaven and earth, and on the seventh day he rested, and was refreshed.”

The structure of both texts is literal. We are told that God blessed “the Sabbath day, and hallowed it”. Now, we should bear in mind that ancient Hebrew only has about 8,000 words, whereas modern Hebrew has 100,000 words. This means that many words in biblical Hebrew must ‘double up’ with a number of possible meanings. The English equivalents do not adequately reflect this, so where English refers to ‘day’ and ‘days’ it tends to rest on the singular, yom, though the plural yamîm is the actual plural form of yom. This factor is very important when looking at whether or not the days in Genesis 1 and 2 are literal.

The word for both ‘days’ (yamîm in the plural ) and ‘day’ (yom, singular) is the same in English: yowm. Even though yamîm is the plural… and this is where it becomes interesting, for yamîm (plural) is never used in the Hebrew to speak of long periods. Really, this fact clinches the deal – the days are real, 24 hour, literal days! This reinforces the meaning throughout the first chapter of Genesis, where treating the word ‘day’ as literal is the most logical and linguistically proper way to interpret it. In the same way with regard to Jewish holidays, Yamîm Tovim is the plural of Yom Tov.

So to sum up – the days in Exodus referring to Creation, and the same words in Genesis one and two for ‘days’, is the plural yamîm, and this word is never used for long periods. Thus, the day and days in Genesis creation account are literal 24 hour days. Besides that, the actual structure of the verses is so clearly referring to a literal day, it is embarrassing to hear Christians talk about supposed long periods of time used in Creation. The language itself, plus the contextual statements, all negate such a ridiculous claim. So, to appease evolutionists, Christians must ignore what the Hebrew text says!

Few Christians understand that to determine the true meaning of ‘day’ in Genesis 1 requires a strict study of definitions, content, context, grammar, the intention of the author and other relevant passages in scripture. Also, when looking at individual words, a numerical modifier can be observed. This is methodically and consistently used in Genesis 1 (e.g. Day one, second day, and so on). The modifiers or ‘qualifiers’ determine that the days in the text are actual literal 24 hour days. Added to this we have other qualifying words, such as evening and morning.

Prof James Barr, who does not believe Genesis is actual history, nevertheless admitted: “So far as I know, there is no professor of Hebrew or Old Testament at any world class university who does not believe that the writer(s) of Genesis 1-11 intended to convey to their readers the ideas that creation took place in a series of six days which were the same as the days of 24 hours we now experience…” (Ham, Barr). We cannot say this man is biased – he does not have a true belief in Genesis as history anyway! Even so, he DOES believe, as most scholars do, that the days in Genesis are literal. That’s one in the eye for Darwinists!

Don’t be afraid to challenge evolution or its sadly-askew believers. Don’t take the middle ground like a scaredy-cat and become a ‘theistic evolutionist’. What the Bible says is true. Creation is historical, literal, and took place in six actual 24 hour days. That is what the language and common-sense tells us. A Christian who does not believe this will always be at odds with truth and scripture, and will foul his own head as he tries his hardest to give way to evolution, which is not even scientific.