Kings, Liberty, and the LGBT 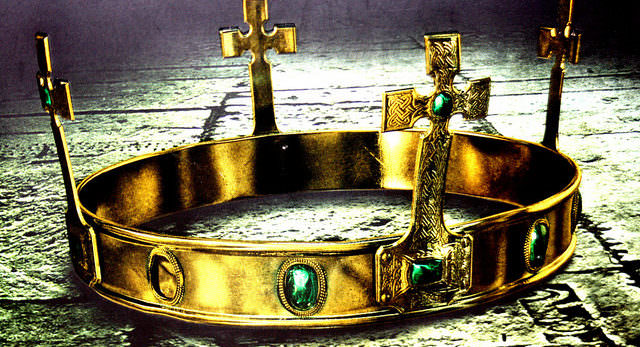 The book of Judges concludes with the following verse, a description of the nature of Israel’s government near the close of an early chapter in Israel’s life as a nation; a description bearing an uncanny resemblance to our own nation’s political plight as we near November 2016. “In those days there was no king in Israel; every man did what was right in his own eyes.” -Judges 21:25 AMP  Strange, isn’t it? Israel and America contemplating a king to rule over them; despite the fact we live in liberty, every man doing what is right in his own eyes.

It’s a cliff hanger to make JR proud. Summer follows, introducing a lovely new miniseries, groundbreaking they say, titled The Story of Ruth and Boaz. Eventually the autumn storyline arrives with candidate Trump attempting to warn viewers America is in the scandalous position of exchanging liberty for “fundamental transformation” because Republican leaders, just like their Democratic Party counterparts “Turned aside after gain, took bribes, and perverted justice.” –I Samuel 8:3b AMP

Beaten, abused, and left bereft, with malice and forethought we might add, by the likes of Boehner, Ryan, and McConnell; Conservatives desperately beat the bushes for voters increasingly inclined to sign onto Obama’s Master Plan embodied in, Oh!“That we may be like all the nations, and that our king may govern us and go out before us and fight our battles.” –I Samuel 8:20 AMP  In contrast our founders established an exceptional country, unlike all nations that existed before it. They were self-governing. They waited for no one to assume their personal duties or responsibilities. And they certainly were self-respecting enough to fight their own battles. Today’s voter, ever less suited to the country our founders gifted him, so less inclined to strike out on his own under the weight of a government that swallows a man’s and woman’s individuality whole; so ready to chant, “Obama, Obama, Obama.”

The plot’s lead up: a debilitated leadership. The climax: a once great America on the verge of choosing for itself, once and for all, “the common good” only a “transformational” king can offer. Then the sudden, inexplicable introduction of a game changing scene, complete with a twist. Well…it gets really, really, really bad.

A harbinger: a subtle or not so subtle clue we as a nation might clamor for a king instead of voting for a President this November, became evident long before last season’s cliff hanger episode; when we witnessed the sudden, explosive rise of the LGBT celebrated by a White House dimmed in Technicolor. Perhaps we casually dismissed the significance of the moment, took little notice of it, regarding it insignificant to the plot as a whole; because in our minds the LGBT was merely a cause, a movement gaining some unwelcome traction.

We should recognize a warning implicit in the ascendency of the LGBT; such as, “As in the days of Noah,” similar to the final nail in a coffin, like the closure of an instance of murder upon the execution of the guilty party. The sudden prominence of the LGBT signifies the condition of a “Therefore” satisfied. It’s not a movement but its rise indicates a judgment, a penalty enacted for a really, really serious infraction: specifically our nation’s movement from general ignorance of the Laws of Nature and Nature’s God to their full-blown, outright rejection. Notice our society’s failure is not its acceptance or rejection of any particular religion: Judaism, Christianity, Islam, or what have you. Those religions are gained through revelation and taught by men. Our societal failure is more basic, implying a fatal, foundational fracture. By abandoning natural religion, belief in any kind of god, that which has always been evident to all people everywhere; we pop out of synch, totally and completely, “Without excuse.” –Romans 1:20b AMP  The human in humanity vanishes.

The judgment, the penalty, the ordered downward stroke of the guillotine is first generalized as “sexual impurity,” “the dishonoring of their bodies among themselves,” “vile affections,” and “degrading passions.” If there was any societally prescribed, heavenly enforced inhibition to block such deeds, it has been removed. Anything goes. Then two detailed accounts are rolled out of how the impurities, the dishonoring, the affections and passions were acted out, by women and by men, “For their women exchanged their natural function for an unnatural and abnormal one. And the men also turned from natural relations with women…men committing shameful acts with men and suffering in their own bodies and personalities the inevitable consequences and penalty of wrongdoing and going astray, which was [their] fitting retribution.” –Romans 1:26b-27 AMP

If the penalty, the judgment of rejecting, turning away from Nature’s God is not bad enough; then give careful consideration to the third stage, to all the attendant meanness, hate, and violence accruing to, filling up those who meet and those who surround the above “Therefore” conditions. “Being filled with all unrighteousness, fornication, wickedness, covetousness, maliciousness; full of envy, murder, debate, deceit, malignity; whisperers, Backbiters, haters of God, despiteful, proud, boasters, inventors of evil things, disobedient to parents, Without understanding, covenant-breakers, without natural affection, implacable, unmerciful” –Romans 1:29-31 KJV

But. Ah! There is light at the end of the tunnel after all.

Israel could have listened to Samuel when he warned them of all the evil a king would bring them, when he reminded them of the liberty they would keep, if only they refused to allow a king to rule over them. If they had waited; the empty, vain desire for any old Saul would have passed. Then perhaps a leader “after God’s own heart,” would have shown up, possibly a genuine giant killer like David. They had it in them, the ability and a right to wait. As this passage indicates, those “who have not the [divine] Law do instinctively what the Law requires, they are a law to themselves, since they do not have the Law. They show that the essential requirements of the Law are written in their hearts and are operating there, with which their consciences (sense of right and wrong) also bear witness; and their [moral] decisions (their arguments of reason, their condemning or approving thoughts) will accuse or perhaps defend and excuse [them]….” -Romans 2:14b-15 AMP

We facing a similar circumstance also have a choice: not to panic, not to opt for a king, but to take hold of and accept the Laws of Nature and Nature’s God, and to not let them go; for it is not really as bad as we thought. “In those days there was no king in Israel; every man did what was right in his own eyes.”  Would that we could only remain in such a condition today and for years to come.