King Soros – The Bought and Paid for Throne 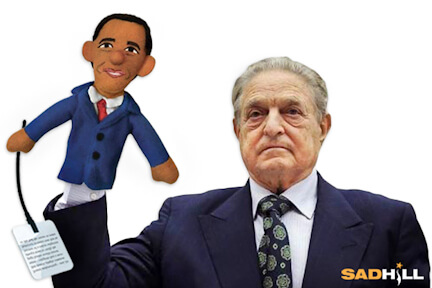 King Soros – The Bought and Paid for Throne:
George Washington was so well liked and respected that it was the wish of many that he would ascend a throne and rule America as its first King. The proof of the mettle of the man and what underscored what his compatriots knew him to be, he turned down the gesture to assure America of rule by We The People, not a latter day George, or Henry or Thomas. As we look back on the men whose steel helped to forge the backbone of America, we can attest to their greatness long after their passing. We can see not only what they did but also what they did not do.
The great men of America did not buy their way into either influence or power. They earned it by virtue of the stuff that they were made of and the need of the day. We needed men of stature, men of mores and values that reflected what God said successful people looked like and stood for. And we were given it in large doses by men of renown whose patterns of behavior illustrated how we should live and what we should stand firm on and for. Men of courage and conviction who would rather die than give way to enslavement. One group sign a Declaration of Independence knowing that they were signing their own death warrants and that of their families as well. Even in the victory that assured America’s place in history did not grant them riches or lives of ease. The opposite became their lot in life. But they had shown themselves willing to die free in liberty rather than bow to the dictates of a madman.
Today the madman whose finger is on the nuclear button, has bought and paid for the position he holds and the influence that he commands through deception, dishonesty and payola. A perfect match for the Jew who turned his fellow Jews in to the Nazis and helped to load the cattle cars of the railway of death. He survived by being a traitor to his people as is the pattern of the demon in the White House. His fist has been raised to God since his first declaration of being a follower of Christ – a deception designed to hide his real loyalties to the false god of islam and to gain the acceptance of the Christian public who wanted the Saul of today.
Satan sits on the throne of America and only those still small voices in the prayer closets of the Republic are keeping the ship of state afloat. When those voices are silenced will the God of Abraham, Isaac and Jacob answer our betrayal? I pray that He will hold back the Hand of Judgement in spite of our sin, our error, our betrayal. Have mercy Oh Lord.
– Dr. Jim Garrow –
Tags: George Soros