A Visit to SmallTownUSA Where Trump Won the Election 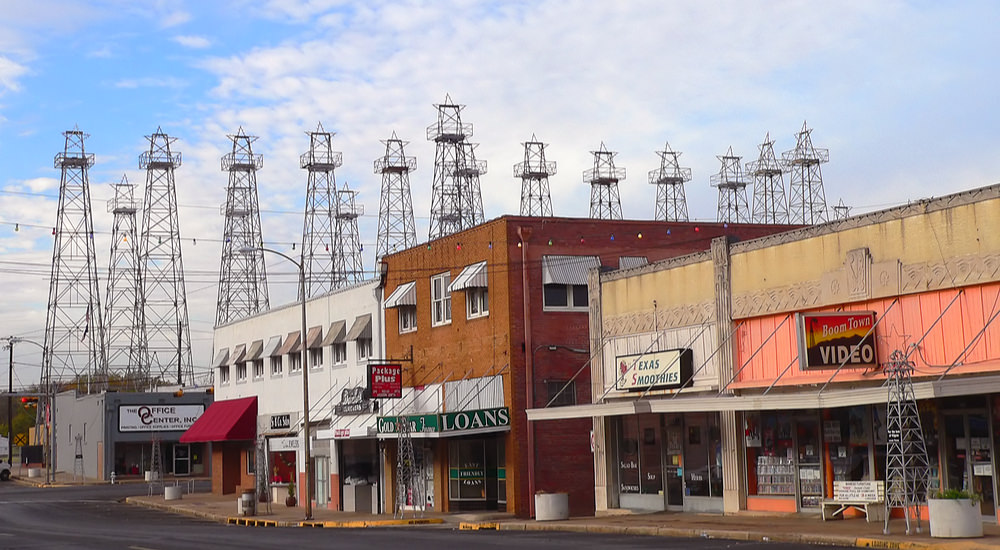 This day started out pretty much as any other. My aging father walked to the end of the driveway in his pajamas and bathrobe to retrieve the daily big city newspaper delivered 120 miles from city center to my parents’ house at great expense and for no real reason. Most of the content in the Dallas Morning News is not really relevant to those of us here in the sleepy little East Texas town of Kilgore – except for sports news about the Cowboys, Aggies, or Longhorns.  Mom and Dad have never really embraced anything ending in “dot com” as a source for relevant or accurate information.

After toast and coffee, I head back to my home office to start the day while my parents settle into another day of retired life here in Kilgore. There is not much difference between employment and retirement  here except retirees don’t work during the day. Everything else is pretty much the same. You go to Walmart, then head by the bank, say hello to the clerks there, most of whom you have known for years. Then over to Longview to buy fertilizer for the lawn at Horaney’s, where you talk about the weather as you make your very personalized purchase. Then to Sam’s Club for six months worth of detergent and toilet paper, and finally the fifteen-mile drive back home.

My father goes to coffee at the Circle Cafe in Kilgore every morning, Monday through Friday. He never misses. The average age at coffee is about 79 and a half – and that’s when I go with him. The group has been keeping up the tradition for many years, having moved to the CircSmle Cafe from the Kilgore Community Inn during the decline of the latter.  The back room at Circle Cafe is reserved for the coffee group (self-named The “Unique Types” but more commonly known as the “Old Farts”), where pictures of them over the years adorn the walls. Of significant note is the row of pictures of men who come there no longer, forever immortalized on the wall of the back room at Circle Cafe.

So what is so unique about this group of men? Nothing really. They come from all walks of life and represent the spectrum of vocations from ranch hand to land baron. Retired school administrator to retied accountant. All Trump supporters.

Kilgore is a small town and it is hard not to know many people one comes into contact with daily. Kilgore is also a hardworking town, once a world leader in crude oil production, its economy has been decimated by the decline of domestic oil production. So people find other work… or they move away. Its a buyer’s housing market.

But what you won’t find here in Kilgore are protests. You won’t find people marching down main street blocking traffic and torching cars and businesses (I’d like to see them try). You also won’t find George Soros or Democracy Alliance or MoveOn.org here.

Why? Because this is the heart of America. This is what the “Make America Great Again” movement tapped into as a catalyst for the most incredible presidential election victory in the history of this nation. They reached out to communities – to Lions and Kiwanis and Rotarians, to churches and schools and small town government. They reached out to Americans… and to America. The people here don’t understand protesting the results of a legal and constitutional election. They can’t fathom the wonton destruction of personal and public property because the perpetrators feel marginalized and unhappy. And they sure don’t understand how whining about something when people don’t get their way garners so much public attention and generates social outcry on an exponential level. It just doesn’t resonate in Kilgore.

What the people of Kilgore do understand is God, guns, and guts. And that is what won this election for President-elect Trump. There are a thousand Kilgores across this land and they are filled with work ethic, values, and decency. And it is because of those towns that Article II of the Constitution called for the Electoral College – for good reason. Most of the red portion of the election map is made up of small towns just like Kilgore. And that is where Trump made his play. Brilliant, yet obvious to most anyone that has not been a part of the decaying Republican establishment.

So, if you want to see where Trump won the election, come on over to Kilgore. We’ll be lighting the Christmas lights on the derricks downtown this Thursday. Or go to one of a thousand similar towns across the country. If you’re part of one of George Soros’ seditious organizations looking to spend some liberal dollars here, you may want to “move on” as there is really nothing for you to see.