Justice For The Wandering Jew 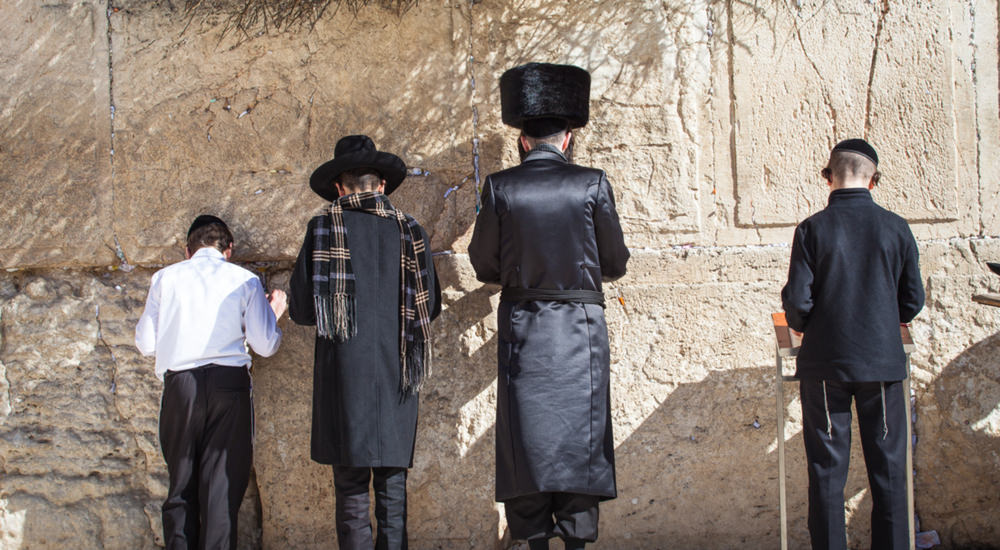 Shalom! It is almost time to celebrate New Year… for the trees that is. We Jews are a funny people. We like to wish the trees Happy New Year…we believe every Saturday is a holiday… some of us don’t eat cheeseburgers… and we are known for the word shalom which means peace. Go figure… one of our most well known words is shalom and yet we are branded as terrorists by our extremist cousins.

Why cousin? Why in the midst of surrounding Muslim/Arabic countries do you feel that we should have nothing? Why do you refuse to let us live peacefully on just a small piece of land when you have so much already? Why do you not follow your own holy book which says Israel belongs to the Jews? Oh my cousin, where has your greed taken you?

I understand you are angry… angry about the passing of the Ottoman empire which overtook Israel for a time. I understand such an overthrow feels unfair to you. But cousin, before Israel was yours.. it was ours. And it has been ours again for many years. We have invited you to live at peace with us… but you cannot overcome your anger… cannot overcome your hate for having something restored to us that was never really yours to begin with. If this angers you.. please read your Quran.

Cousin, what other country in the world right now is known for the kind of rage you are exhibiting…a rage so great that you are seen constantly in the media killing and torturing those who will not follow your ways? Why must you have the whole world? You say that it is for Gd. But your own prophet told you that if you ever had questions to go to our people and ask. And what we would say to you is shalom. Peace cousin..peace.

In the 13th century there was a legend about the Wandering Jew. It was said that because he taunted Yeshua (Jesus) on the way to the cross, he was condemned to walk the earth until the Second Coming. Throughout history it seems that this type of thought was prevalent as Jewish people were persecuted and hated for being Christ killers. Many Jewish people are angry about this label and rightly so. But in our anger… we did not go about cutting off heads of innocents around the world. Rather, as in the time of Daniel, we sought to be a blessing where ever we were….even though we were at times very far from home. Shalom cousin, shalom.

Our sages say that the fulfillment of Torah is peace. Peace. Peace found in the books of Moses, peace found in the Old Testament. A cry I often hear from protesters is “No Justice, No Peace,” and I agree. Peace is not found through the denial of justice, but rather through fairness, a respect and nurturing of all life.

Cousin, some of our people do not even believe it is right to eat cheeseburgers out of a desire to show compassion… compassion to the mother cow and infant. It is believed that to eat the mother’s flesh and use her milk in the same dish is wrong.

We do not celebrate military killings in Israel. Our doctors treat you even when you have been harmed trying to kill us.But cousin, you kill indiscriminately to honor your god who you say is of peace. Cousin, you madly kill and rape small children and film it. Cousin you do these things and say it is our fault. You behead and do other atrocities that our people have never been known for. You say, that unless the world tries to force us to give you the only place on earth that is ours… that is Jewish.. you will kill the world as well.

Cousin, there are members of your own country who say Israel is one of the best places in the Middle East for a Muslim to live. Netanyahu embraces Christians and Muslims alike. President Trump has not only told the world, but shown the world that any country has the right to protect itself… which we have done. But this does not make us terrorists.

There is no peace without justice. So this is what I ask for.. that the legend of the Wandering Jew would be put to rest…that the ongoing prejudice about my people stops… even as 13th century Jews did not kill Christ, neither is Israel the cause of terrorism.
I am a peace loving patriotic American Jewess of Sephardic descent and this is why I speak of Israel as my country. For me.. I am Jewish..I am Israel. I love President Trump and Prime Minister Netanyahu. I also believe that Yeshua..Jesus.. is our long awaited Messiah.
After I am done writing this article I will join my Jewish brothers and sisters around the world to prepare for Shabbat. (Sabbath) Many in the Jewish family would say I am not a true Jew because I believe in Yeshua. The very idea of a Jew claiming Jesus can be offensive to some. After all we’ve been called Christ killers so much that it must be Yeshua’s fault our history is full of genoicide and persecution.

But I think it is time for justice…Yeshua did not kill us… He was one of us. It is not our fault that terrorism exists…though we are blamed for it.

And that being said… if my Jewish family around the world is not pleased with my assertion of being a Messianic Jew…I am not afraid that Israel will cut my head off for it. Shalom