Just Say No to Hillary and Donald! 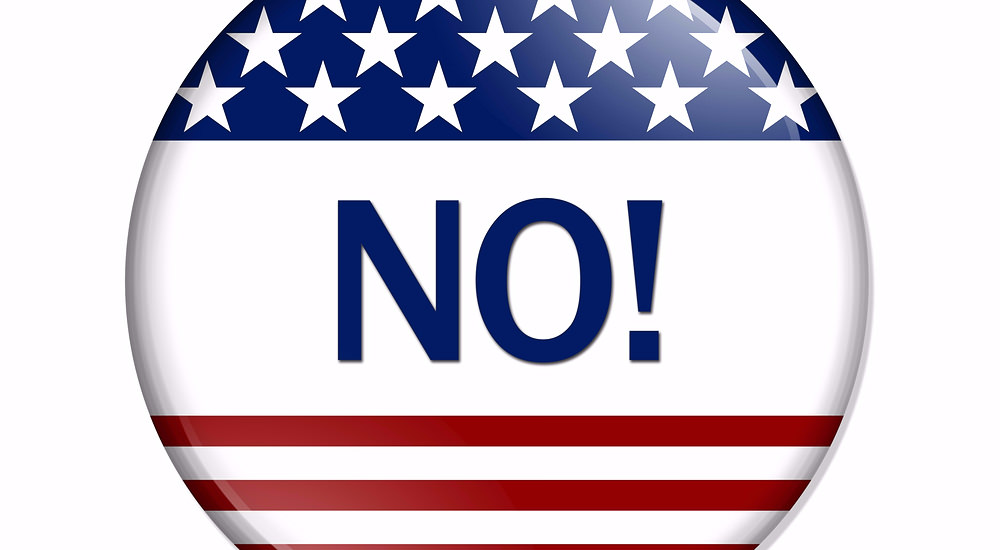 I’ve coined a new acronym. C.A.O.O.C.P. Conservatives Against Out Of Control Politicians!! Stand up and save your country!!!. Are you ready for concentration camps, internet controls, arrest for not agreeing, and PC levers on all speech, loss of Christian values, Murder of LGBT, and perverts running amok?

Let us look at Donald Trump’s America. Donald wants to secretly listen to, stop, and harass Muslims and stop any legal immigration of Muslims from anywhere in the world. He calls Mexican’s drunks, drug dealers, rapists, and criminals. Donald wants to control the media so that they never disclose the truth, but the Trumpism’s that Donnie boy wants out in public. Americans will lose major portions of their gun rights and will be arrested for actions against the state for just speaking up. We will see immigrants with HB1 status taking jobs away from American workers, and higher costs at even stores like Walmart because of verbal battles and taxes placed on imports.

We cannot forget Hillary Clinton who will continue the liberal socialistic society further. We will see more division and separation between the haves and have-not’s, abortion will run rampant, and gun rights will be gone. Perverts will run around feeling “like a woman” and raping, molesting, and kidnapping children, while the world sits and shakes their collective head. We will see more hidden agendas, lies and corruption from the White House and a fake glass ceiling placed upon men and other groups.

For any TRUE CONSERVATIVE AGAINST OUT OF CONTROL POLITICIANS, it is truly time to JUST SAY NO!!! America was built upon a foundation of great principles, where the U.S. Constitution was the guiding force behind all legislation, and all Americans were truly treated equally. Over time we saw the greedy, the less than noble, and the haters all try to destroy the Constitution. We have seen criminals, liars, racist, bigots, thieves and more use the corrupted laws by less than noble politicians to gain more wealth and more power. Donald and Hillary are truly the epitome of this.

If you want a great America, and if you stand with this beautiful country and her flag, then you must JUST SAY NO! And never elect either Donald (the #neotrumpism campaign) and no to Hillary Clinton (“I never had emails” that you are not aware of and “I never stopped” those helicopters from taking off).

For all true patriots, all true Americans, all those who believe in the Constitution – stand up and just say no!