Just an American in America 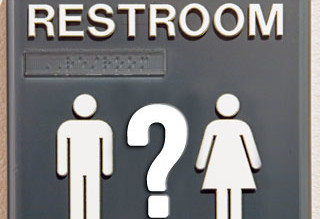 I do not know where to begin.

I am a lost soul! I am lost because the country I live in seems so foreign in 2016!

As a small girl I hid under my desk when we had a nuclear bomb drill. The Russians were going to bomb us soon was what we were told. Then I grew into a teen and it was more important to learn a disco line dance than to hide from Russian bombs. At some point President Reagan told us the wall would fall and the Russians were not going to send a nuclear bomb. I now have grandchildren. I wish I was hiding under a desk in school hiding from Russian nuclear bombs!

Now we are told we have to urinate in a stall next to pedophiles disguised as women.

My little old southern granny made me use an outhouse and I was incredulous! Give me that outhouse back!

I would prefer my granddaughters and grandsons use the outhouse to the newfound gender-even bathroom! Why do we need men’s and women’s rooms at this point? It is not about making anyone not like me uncomfortable! It is about making room for everyone! Let’s all make room for everyone and get the government out of our bathrooms!