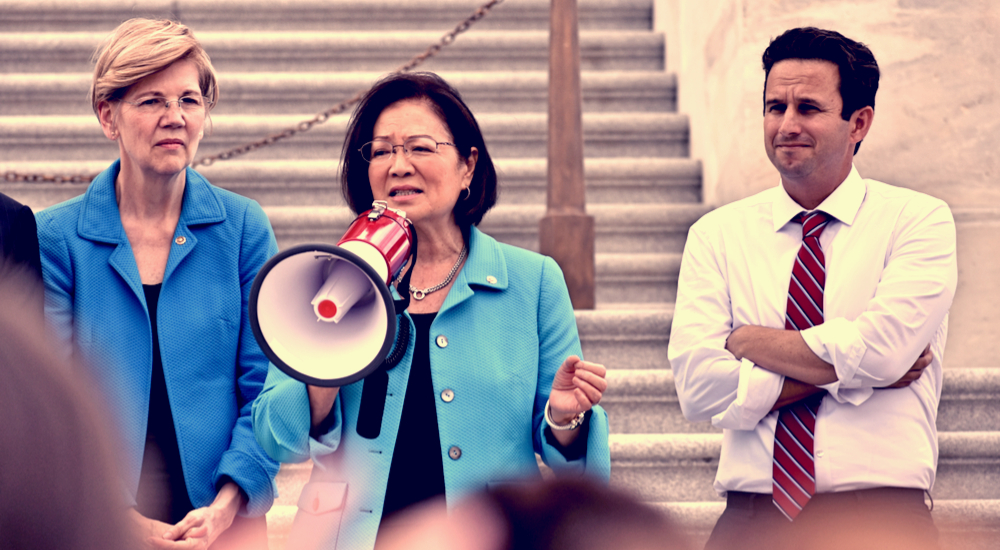 Democrat Sen Mazie Hirono verbally brutalized AG William Barr during the Judiciary Committee hearing. Sen Hirono’s abuse of AG William Barr and disrespect for our president was condescending and breathtakingly evil. Her request for Barr to resign was rooted in spin and lies. https://bit.ly/2DOebmy She venomously denounced president Trump as a “grifter and liar”.

Can you imagine the American lefts’ response to a Republican calling Obama a grifter and liar? That Republican would be declared a racist; high-tech beaten and stoned to death in the public square. All standards of decency have been thrown out the window in leftists’ mission to stop Trump from restoring America’s greatness and to remove him from office. Vitriolic disrespect for Trump and his family and even death threats are acceptable.

On my car radio, I heard an ABC news report that the Mueller report concluded that Trump did try to collude and obstruct justice. I thought, “That is not what the Mueller report concluded.” My relatives who pay little attention to politics hear fake news media lies and believe them. Most of my black relatives believe Trump is racist, hates women, blacks and Mexicans. These are absurd strategic lies promoted by evil Democrats and their evil fake news media minions.

Due to fake news media hiding the truth while promoting Democrat lies, my black relatives have no idea that Trump is doing an amazing job for America, blacks and women. Black unemployment has reached historic lows. https://bit.ly/2ZZ0gDw Women and Hispanics are also thriving in Trump’s economy. https://bit.ly/2OA5KhW

By rolling back a ton of Obama’s overreaching absurd government regulations, America is experiencing a remarkable wave of prosperity. Unemployment is at 3.6%, the lowest since 1969. In essence, everyone seeking a job has one. The private sector average hourly wage is $27.77. https://bit.ly/2H1SXn2 Despicably, fake news media is hiding the great job Trump is doing for the American people. Fake news media is demonically obsessed with spreading lies about Trump 24/7.

But folks, what really turned my stomach was watching Democrats Mazie Hirono, Cory Booker and Kamala Harris’ arrogant attitude of superiority at the hearing as they spewed evil hateful lies. Clearly, they will destroy whomever necessary to undermine Trump’s remarkably successful presidency. My sense of justice and fair-play hates to see Hirono, Pelosi and their fellow Democrat minions get away with it.

The Bible says they will not get away with it.

“A false witness shall not be unpunished, and [he that] speaks lies shall perish.” Proverbs19:9

“Thou shalt not bear false witness against thy neighbor.” Exodus 20:16

Democrats are insidiously bearing false witness; lying to the American people, in total contradiction of the Mueller report which did not find Trump guilty of collusion or obstruction. And yet, Democrats with the help of their minions in fake news media persist in keeping their Trump colluded and obstructed lie going.

A day of reckoning is coming for Democrats and their fellow treasonous anti-Trump/anti-America resisters.

Democrats and fake news media still do not know how to defeat Donald J Trump, the new sheriff in town in Washington DC. Like the sheriff in the classic movie, “High Noon”, Trump is courageously fighting alone. Unlike most Republicans, Trump stays on offense rather than cowering in fear in response to political attacks.

Democrats and the deep state are panicked because President Trump is about to declassify details of their silent coup to destroy his presidency. https://bit.ly/2H45zdo As the Bible says those who bear false witness will be punished. Praise God!