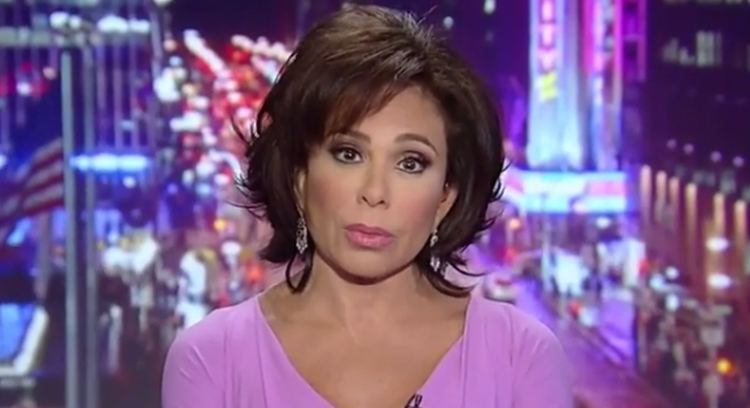 While some people will have a normal amount of admiration for an individual, it is uncommon for a media personality, specifically, a news media personality almost showing a love affair for any individual running for a political office. Judge Janine has a record of failures, misrepresentations, and illegal fund use. Maybe this is the reason for her love of Donald J. Trump?

Jeanine Ferris Pirro (born June 2, 1951) is a former prosecutor, judge, and elected official from the state of New York, who is currently a legal analyst and television personality. Pirro is the host of Fox News Channel’s political commentary television show Justice with Judge Jeanine which premiered in January 2011. She is also a contributor on other Fox News shows and NBC’s Today. She previously hosted a television court program, Judge Jeanine Pirro, later known simply as Judge Pirro.

Now maybe I am just weird, but why would a former prosecutor, and Judge end up being a weekly personality on a news network. Shows signs of failure in her ability not to show biased, or has been caught up in lies, illegal activities such as a wrongful use of funds, etc. within her life as a judge or prosecutor.

Jeanine Ferris married Albert Pirro, a lobbyist, in 1975. The couple had a son and a daughter. In 2000, Pirro’s husband was convicted of federal tax evasion and conspiracy of over $1 million,Which was seen as possibly hurting her legal and political career prospects.The conviction was so damning to the future of her political career that she seriously considered resigning from her position as a state D.A. and taking up a more lucrative post in the private sector. In the midst of her 2006 state attorney general campaign, Pirro revealed that she was the subject of a federal investigation into whether she illegally taped her husband’s conversations in order to catch him committing adultery. The couple announced they were separating in November 2007 and finalized their divorce in 2013.

Now having a husband who was convicted of $1,000,000.00 is not something that you would not be aware of. To illegally tape your husband after being a D.A. and a judge does not shine well on anyone’s good judgment, legal aptitude, or honesty. Pirro truly has had a colorful, if not questionable political and professional life.

Pirro received significant political contributions from her husband’s associates, after his release from prison, throughout her numerous unsuccessful attempts to hold higher office. These include numerous contractors and realtors who had done business with her husband on previous occasions. During an appearance at the Crime Victims Resource Center, Pirro described herself this way: “I am red on fiscal policy. I am conservative and I support the Bush tax cut.” She added, however: “I have broad blue stripes when it comes to social issues…. I am a woman who is moderate in New York.” On gun control, Pirro stated on her Fox TV show in December 2015, Justice with Judge Jeanine, “Get a gun, buy one legally, learn how to shoot it and be primed to use it. And, I don’t care if you get a long gun, a handgun, a revolver or a semi-automatic. Get whatever gun you can handle and don’t let anyone talk you out of it. The second amendment of the Constitution and the United States Supreme court confirm your right to have one.” She is also a supporter of affirmative action and staunchly in favor of abortion, including being supportive of U.S. taxpayer funding of abortion through Medicaid. Republican governor George Pataki’s endorsement of Pirro caused Cox to withdraw from the race, leaving Pirro as the likely nominee. Donors to Pirro’s political campaign included designer Tommy Hilfiger (also a native of Elmira) and Donald Trump, as well as contractors and real estate executives who had done business with her husband.

Now we see why Janine supports Donald Trump, first and foremost the individual contributions, and then the social views that she and Donald had espoused just a few months ago.

New York Democrats demanded that Jeanine F. Pirro, a potential Republican candidate for governor for the United States Senate in 2006, reimburse Westchester County for using her bodyguard and driver for political events.

These costs for Ms. Pirro, the Westchester district attorney and a popular speaker before political and civic groups and on television, drew scrutiny after The Journal News reported that her office has paid $87,430 in overtime so far this year to her security escort, James O’Donnell. His annual salary is $101,460.

A former police officer who is on call virtually 24 hours a day for Ms. Pirro, Mr. O’Donnell earned $64,227 in overtime last year and $43,920 in 2003 – the same year Ms. Pirro’s office let go six prosecutors because of budget cuts, the newspaper reported.

Ms. Pirro’s spokeswoman, Ann Marie Corbalis, said that the security costs were appropriate because Ms. Pirro kept a busy schedule and that criminals and other threats did not distinguish between her business-related schedule and other events.

“She’s district attorney 24/7, and she’s called at all hours of the day or night, and she needs this security,” Ms. Corbalis said. “She’s responded to crime scenes at all times. There’s no time when she’s not the district attorney.”

Pirro was caught up in illegal overtime pay for personal use, instead of using her campaign funds, she took money from New York taxpayers. Sound like someone who may be running for President?

After standing by her man as he served a federal prison sentence, admitted fathering a child with another woman and embarrassed her political campaign by telling the press she wasn’t giving him enough attention, Jeanine Pirro is finally separating from her husband, a family spokesman said.

The split comes a year after Pirro lost her bid to become state attorney general, a campaign that was hounded by personal concerns as the couple’s marriage troubles made headlines and Pirro acknowledged that she was under federal investigation for plotting to record her husband to catch him at a suspected affair.

“We have agreed to amicably separate,” the couple, who have been married for more than three decades, said in a written statement released by spokesman Michael McKeon.

With a record of such illegal and questionable actions by a former D.A. and a Judge, one would question why Fox News would hire her, and even more importantly, this is just another shady individual that Donald Trump has supporting him in a large forum. I would never want to associate with a person who has questionable morals, ethics, and even less integrity.

Just more food for thought to Republicans, and who is supporting the potential Candidate.