Liberal Reporter Gives Up on Objectivity, Admits to Being a Propagandist! 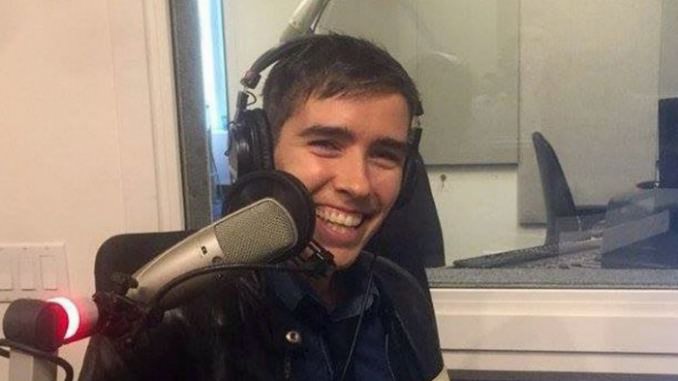 “Objectivity is dead, and I’m okay with it.” – Lewis Wallace, former “Marketplace” reporter

The above is the title of his essay published on the website, Medium. As this attitude negates Wallace’s “impartial” role as a journalist, he was ultimately terminated by his employer.

Recall, the purpose of journalism is to convey current events impartially with facts. Any unbound person—unwilling to exercise fact-based dispassion—can’t be a legitimate journalist. Instead, that’s a de facto activist: a propagandist with a press pass.

Journalism’s traditional tenets don’t impede anyone with skill from getting their writerly point across. Wallace finds himself in the unemployment line solely for willfully violating a professional taboo. Demonstrating the rank intolerance he rails against, he writes:

“We need to admit that those who oppose free speech, diversity and kindergarten level fairness are our enemies”.

How is it not fascism to demonize others simply for holding a different political perspective? Is it not hypocritical, and childish, to condemn another in the name of Wallace’s militant “fairness”? To paraphrase Supreme Court nominee Neil Gorsuch, a bad judge to the law is equivalent to the journalist disregarding objectivity. They are incongruent and cannot coexist in the same sphere.

Without facts, journalism rapidly degrades into valueless, gelatinous goo. Reporting becomes untrustworthy and indistinguishable from fiction. Hence, the Orwellian specter of today’s “fake news”. The false is peddled as true: witness the absurd claim of Trump’s “threat to invade Mexico”. (He didn’t, per CNN he actually offered help.) This Associated Press narrative was mindlessly disseminated far and wide as truth. Is this American journalism or an old fashioned telephone game from Mr. Wallace’s kindergarten class?

Beyond the editorial page, neutrality remains a job requirement. Lewis Wallace confused a First Amendment right of self-expression with his professional duty. His employer acted appropriately because he wouldn’t (read: another pesky fact for this “victim” to misconstrue and grouse about).

As with everything he advocates, Wallace only has himself to blame. This is the fallout of competing interests—and the healthy expression of a difference of opinion.