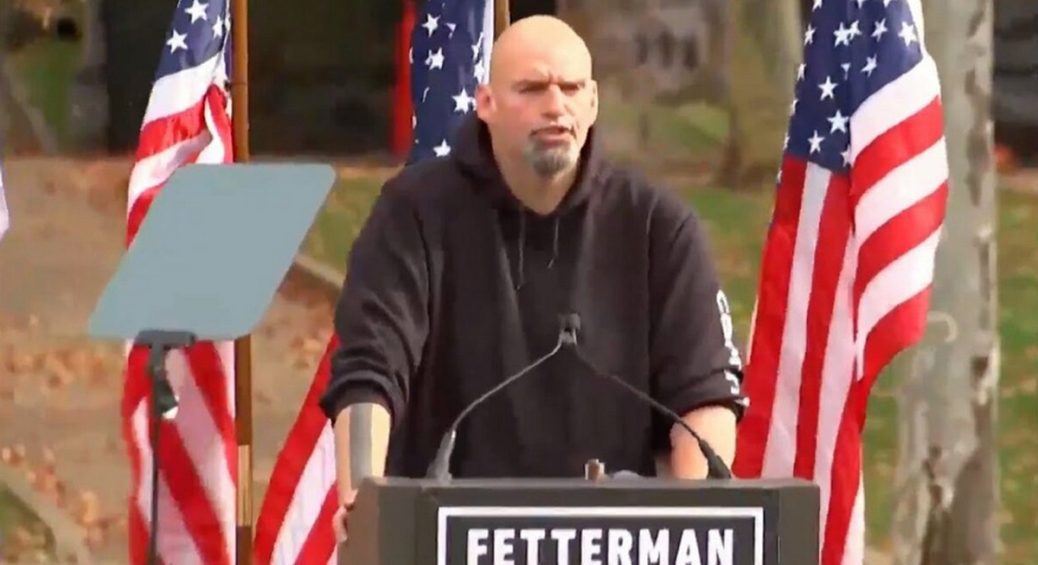 Pennsylvania’s stroke-affected Democrat U.S. Senate candidate, John Fetterman, admitted that Democrats steal elections in “dramatic” comebacks during the overnight hours when no one is looking and election safeguards are thin.

On Monday, Fetterman claimed he would win in a “dramatic” fashion when people wake up and find that his losing the night before was suddenly erased while everyone slept.

“Counting for ballots cast by mail and early in-person cannot begin until Election Day, thanks to the GOP-controlled legislature — an intentional move to help Republicans baselessly sow doubt about the election results when it suits them,” Fetterman wrote in a memo to “interested parties,” The Washington Post reported.

“Pennsylvania is one of only eight states that bans pre-processing of early mail-in ballots, forcing county officials to wait until 7 a.m. on Tuesday to begin opening returned ballots and scanning them into the system,” the brain damaged Fetterman added.

“Because Pennsylvania is one of the only states that reports Election Day totals first before ballots cast by mail, and because more populated counties around Philadelphia can take longer to report, we should expect one of the most dramatic shifts in the country from initial GOP support in early results to stronger Democratic gains as more votes are processed,” Fetterman said.

Fetterman is essentially admitting that Democrats take the overnight hours to calculate how many fake votes they need to “find” to give their candidate a miraculous comeback to “win” the “elections.”

This is how Democrats cheat. We’ve seen it time and again.