Joe Biden Promises Not to be Creepy Anymore 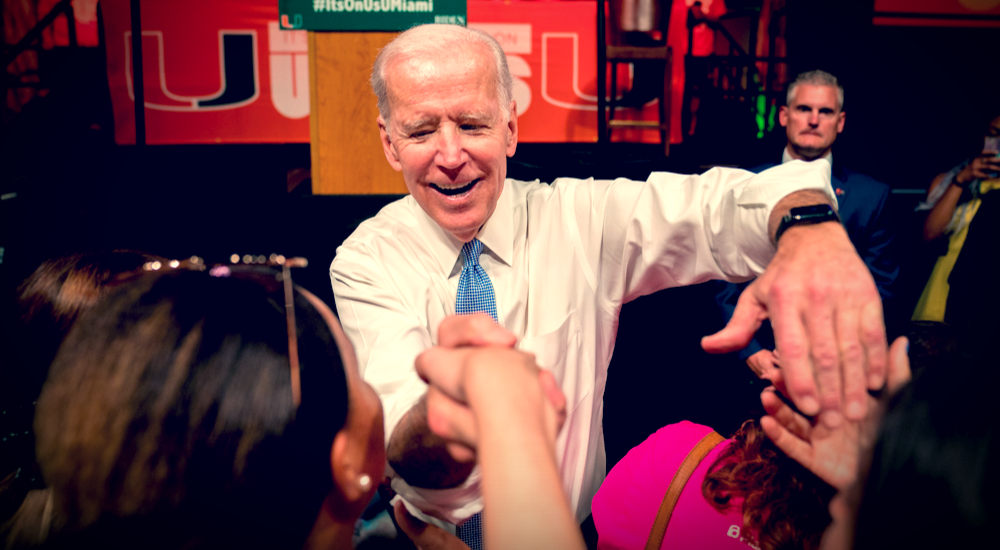 Former Vice President Joe Biden is in a tough spot, isn’t he?

To most of us on the right, Biden has long been “Creepy Uncle Joe,” because of his penchant for getting handsy with the lady-folks.

For years, we’ve mocked him and wondered why Democrats were so enamored with the obviously touchy-feely old white man. (I mean they hate all the other old white guys not named Bernie, right?)

And yet, Biden has persevered. He continues to be one of the most important voices on the left, even though he’s never been that bright, thoughtful, or inspiring.

However, now that he’s running for President, the far-left has their knives out and is using every bit of ammo they can find in an effort to take Biden down.

Some half-dozen women from Biden’s past have come forward to accuse Biden of touching them inappropriately. Sadly, for Biden, unlike Justice’s Kavanaugh or Thomas, there is definitive physical evidence of these actions. Dozens of videos and photos exist of Biden being physically inappropriate with the fairer sex, and no one seems willing to defend him.

Which is why he is FINALLY speaking out, on video, to apologize for his past creepiness.

Over the coming months, I expect to be talking to you about a bunch of issues. I’ll always be direct with you. Today I want to talk to you about gestures of support and encouragement that I’ve made to women, and some men, that have made them uncomfortable. I’ve always tried to make, in my career, a human connection. That’s my responsibility. I shake hands, I hug people, I grab men and women by the shoulders and say, “You can do this!”

Whether they’re men or women, young or old, that’s the way I’ve always been. That’s the way I tried to show I cared about that, I’m listening. Over the years, knowing what I’ve been through, things I have faced, I’ve found that scores, if not hundreds of people have come up to me and reached out for solace and comfort. Something, anything, to help them get through the tragedy they’re going through. It’s just who I am.

I’ve never thought of politics as cold and antiseptic. It’s always been about connecting with people. As I said, shaking hands, hands on the shoulder, a hug, encouragement. Now it’s all about taking selfies together.

I’ll always believe governing, life, is about connecting with people. That won’t change. But I will be more mindful and more respectful about people’s personal space. And that’s a good thing.

Social norms are changing. I understand that, and I’ve heard what these women are saying. Politics to me has always been about making connections, but I will be more mindful about respecting personal space in the future. That’s my responsibility and I will meet it. pic.twitter.com/Ya2mf5ODts

Will his apology and promise of reform be enough?

I guess we’ll find out.

As a palette cleanser, why don’t we watch some of “Creepy Uncle Joe’s” creepiest hits?