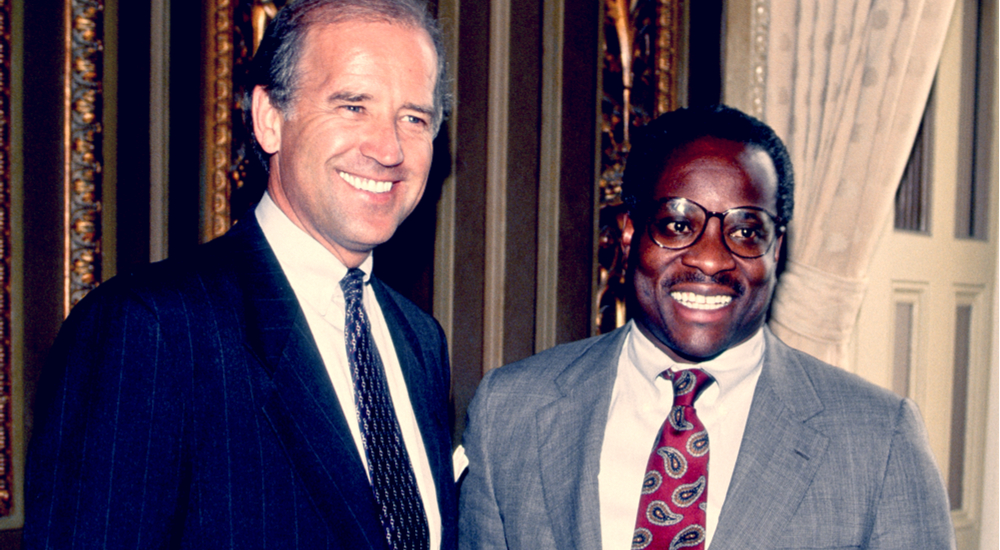 Joe Biden appeared on The View earlier this week, as part of his campaign for the White House.

During his appearance, he argued that he was Anita Hill’s most vehement defender during the controversial confirmation of then Judge, now Justice, Clarence Thomas. (Thomas was smeared by Biden, using Anita Hill’s very troubling testimony.)

“Not only didn’t I vote for Clarence Thomas, I believed her from the beginning. I was against Clarence Thomas, I did everything in my power to defeat Clarence Thomas and he won by the smallest margin anyone ever won going on the Supreme Court. If you go back and look at what I said and didn’t say, I don’t think I treated her badly. I took on her opposition. What I couldn’t figure out how to do — and we still haven’t figured it out – how do you stop people from asking inflammatory questions?”

However, this is what Biden told liberal Republican (before turning Democrat) Arlen Specter back in 1998.

But in 1998, Biden admitted to Specter that “It was clear to me from the way she was answering the questions, [Hill] was lying” about a key part of her testimony. The exchange was published in Specter’s 2000 memoir, “Passion for Truth: From Finding JFK’s Single Bullet to Questioning Anita Hill to Impeaching Clinton.”

The issue is important, as the media and other partisans rewrite the historical record about Hill and her accusations. The widely watched hearings revealed inaccuracies in Hill’s various versions of events and ended with 58 percent of Americans believing Thomas and only 24 percent believing Hill. There was no gap between the sexes in the results. In the intervening years, activists have relentlessly attempted to change the narrative, writing fan fiction about Hill, bestowing honors on her, and asserting that her disputed allegations were credible.

Read their whole piece on this controversy here.