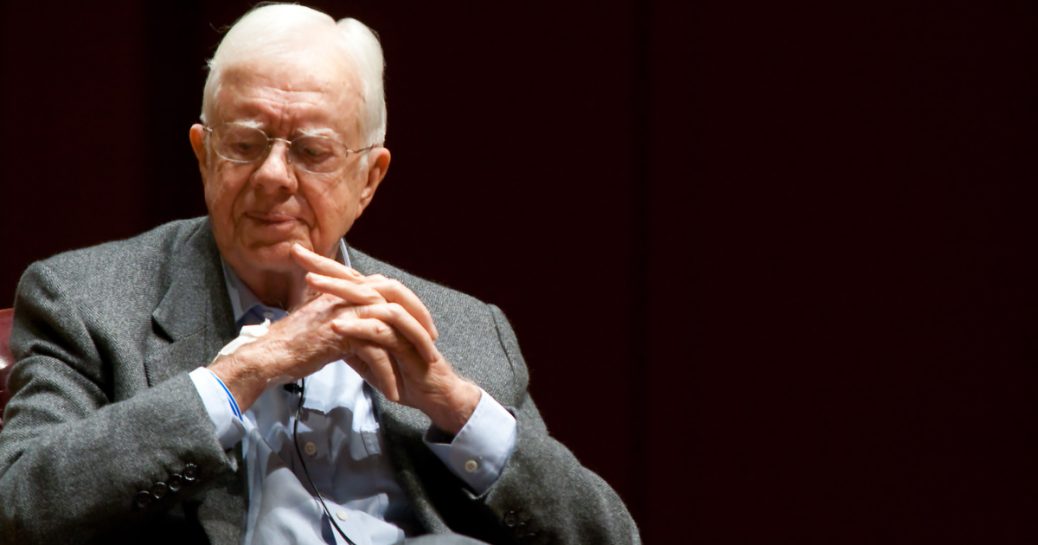 This month Jimmy Carter makes life more comfortable for Muslim “refugees” in Canada!  An endless stream of Muslims pre-positioned for an invasion and insurrection into the United States of America!  More than 30,000 in just the past 18 months…

In Canada, Soros and Carter make one more mockery of President Trump, as very soon America will need a northern border wall of equal or greater security, than the Mexican/US border wall!  Trotsky and Alinsky are looking up from Hell and smiling with approval.

Once Canada reaches a 51% Muslim demographic – whether traditional, terrorist, secular or progressive residents – Sharia Law becomes dominant.  And the kind-hearted but duped Canadian volunteers you see, in the following video, will be second-class dhimmi…  Carter works hard to make it happen!

Without further ado, view the video to understand why Carter tied with Obama as the worst president of the United States. And then get the word out that a northern border is equally important!