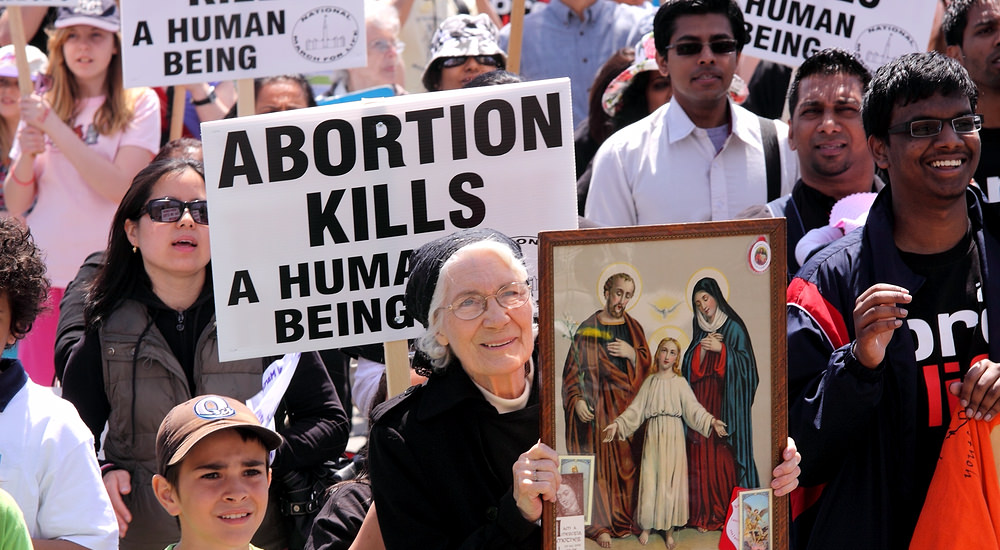 THE PAINS OF PROPHECY

As Jesus neared the time of His First Coming – prophesied 300 times by Old Testament authorities – He gave an astounding prophecy concerning His Second Coming!

Why would He do this? In the Apocalypse also called the Book of Revelation, in verse 19:10 it says, “For the testimony of Jesus is the spirit of prophecy.”

Even as He carries the Cross during His Passion, He gives His testimony in the spirit of prophecy! Just minutes before being nailed to the Cross and crucified, in His Divine plan as the spotless and sacrificial Lamb, He looks down the centuries to our time:

“And there followed him a great multitude of people, and of women, who bewailed and lamented him. But Jesus turning to them, said: Daughters of Jerusalem, weep not over me: but weep for yourselves, and for your children.

“For behold, the days shall come, wherein they will say: Blessed are the barren, and the wombs that have not borne, and the paps that have not given suck.” (Luke 23:27-29)

At the birth of the First Coming of Jesus, 14,000 Holy Infants were killed by King Herod in Bethlehem. Herod ordered that all the male children two years old and younger at Bethlehem and its surroundings be killed.

And now nearing His death at the First Coming, Jesus ponders both Herod and Soros. At the time of His birth, the women of Bethlehem wept for their 14,000 slaughtered children. At the time of His death, He prophecies for the time of His Second Coming, “For behold, the days shall come, wherein they will say: Blessed are the barren, and the wombs that have not borne…”

Carrying His cross, He was a visionary. Whereas 14,000 innocents were slaughtered at the inception of His First Coming, perhaps up to 140 million or more are slaughtered, just before His Second Coming.  Sixty million known abortions in the U.S. alone!

Saying these prophetic words, , “For behold, the days shall come, wherein they will say: Blessed are the barren, and the wombs that have not borne…” Jesus foresaw the wiles of Margaret Sanger and Eleanor Roosevelt, George Soros and his leftist abortion funding, Bill Gates’ worldwide eugenics, as well as Tel Aviv the official gay capital of the world!

Closer to home, He foresaw the women in the Israeli Defense Force allowed three abortions before being discharged. The irony! IDF women protecting the nation but not the nation’s unborn! All the rich Jewish DNA tragically discarded! Israeli generals and doctors and leaders carelessly tossed in the trash can. As the demographic rate of Israel’s Muslims perseveres as 20-to-1 to Israeli Jews…

These were some of the real pains He suffered on the Cross. The visionary pains for His people. The betrayals of free-willed Margaret Sanger, George Soros, Bill Gates, Henry Morgentaler, a legion of abortionists, Roe v. Wade, the billion-dollar baby-collagen cosmetic industry, embryonic stem cell research… The global slaughter of the innocents before His Return, without a doubt brought to Him the pains of prophecy….

2 Chronicles 7:14 “If my people, which are called by my name, shall humble themselves, and pray, and seek my face, and turn from their wicked ways; then will I hear from heaven, and will forgive their sin, and will heal their land.”