Jesus is the Only Way to Salvation 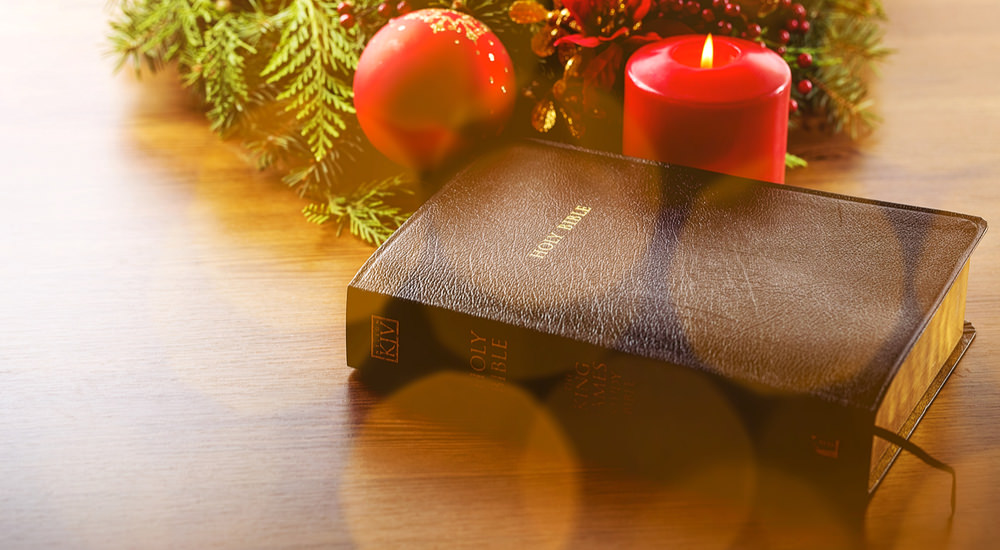 The meaning of the true Christmas has been obliterated in the secular society that has turned away from religion and scripture.

Churches are as much to blame as the popular culture. No sane person can be confident in the future. The country is in decay and disintegrating. Morals, values and ethical mores have been abandoned or been reduced to relativism that personal responsibility is practiced by only a small segment of the population. Christmas is supposed to be the celebration of the birthday of the baby Jesus. Mournfully, you would need to take a pilgrim’s journey to find any evidence that this lesson of purpose exists.

Certainly Jesus was not born on December 25th anymore than the Sabbath falls on Sunday. Even though Constantine merged the early church into the pagan celebration calendar, the forthcoming centuries of Christendom held constant in the significance of God made flesh.

The divinity of Christ is axiomatic in the profession of faith in the fulfillment of prophesy. If this seems to be irrational and contrary to scientific proof and certitude, acceptance of Jesus Christ is a belief and should not be rejected because you need to examine the nail holes of the resurrected savior. The apostle Thomas demanded verification of the resurrection, so it is understandable that modern man would want to apply a manifestation of facts. However, waiting for a live stream event to examine the apparent appearance is not needed to surrender and accept the Lord.

Atheists have the burden to prove a negative. The agnostic viewpoint of a Supreme Being has emerged as the default position in a post modernism era. On the other hand, a believer in a creator accepts a cosmology that has a metaphysical element.

Churches, temples and pagan sects share one common trait. Each maintains they have knowledge of “cosmic consciousness”. Empirical grounds for adopting a proclaimed and enlightened human construct for any canon falls short for most skeptics.

Priests, ministers, rabbis or televangelists purports their authority is divinely embodied in the doctrine they preach. Bishops, Sanghas or Mullahs are respected within their congregations of followers, but not even a Pope can prove they are a vaticinator. Today, oracles are relegates to the realm of speculation, since a Delphi or a Hajj pilgrimage is more of a tourist stop or a ritual spectacle.

Faith is the basis of all religious beliefs. Is this sheer anti-intellectualism or is this admission the beginning of authentic understanding of one’s place in the universe?

Temporal adoration has replaced trust in the God’s revelation. Centuries of human civilization based upon a spiritual foundation have been relegated to an anthropoid Darwinism that banishes a divine genesis to a sinister Grimm’s’ fairy tale.

Infidel scientists practice their Frankenstein trade to clone life in the laboratory. Unlocking DNA mysteries embolden disciples of the satanic Aldous Huxley’s Brave New World vision of experimental creation. In such a macrocosm there is no place for God.

Withal, such a Weltanschauung cannot dismiss the death of the Devil as easy as dismissing the immortality of Jehovah. Yet, the most egregious sacrilege is reserved by rejecting Emmanuel. For if Jesus the Lamb of God is to be accepted, His own words must be presumed true.

One need not be a Greek scholar or able to decipher the original Aramaic language to understand the meaning of the New Testament Gospels. Forget denomination doctrinal differences, the clergy need not be the interpreter of Christ’s own words. The meaning in His parables is clear. His pronouncements are assertion of His divinity.

Every word, directly verbalized by Jesus and written in Matthew, Mark, Luke and John, is perfectly spoken. Each person bears the same existential doubt about the purpose of life. None of us have willed ourselves into existence. The gift of life is a mystery, not a splicing process under a microscope. Thrust into this world, everyone must confront their own meaning in being.

Those who dismiss religious tradition often fall into a terminal trap.

The rush to adopt transcendence drives the non-believers obsession to achieve Transhumanism. Since their vanity is so elevated to become gods themselves, spiritual preeminence does not exist outside of their own cognizance.

Salvation is now a technological singularity. Artificial general intelligence is the new deity. In such a universe, heaven has no place for the Son of God.

Look around the planet. Chaos, absurdity and sheer evil abounds. Is there any place where the sins of mankind are washed clean and where peace and serendipity exits? One will need to cast off the cognitive dissonance and denial that saturate the secular culture and face up to the fact that only through a complete surrender to the authority of the Christian Trinity can a sinful soul receive the grace of salvation.

Eternal life is a most seductive idea. Assuredly, some other place has to be better than this worldly hell hole; as long as one is not judged to the agony of a place in a punitive inferno. In spite of this uncertainty, the Great Commission to share the promises of God, it is not necessary to obey God’s laws for any other reason or reward than because the purpose of our existence is to adore Him.

The Prince of Peace is the only hope and way. Christmas is the celebration of the embodiment of the complete, eternal God come in the flesh. This is a basic creed of the Christian faith.

“The humble birth of Jesus Christ was never intended to conceal the reality that God was being born into the world.” “His purpose was to enter into the world and become one of us that He might deliver us from our sins.

The teaching of Jesus is universally hailed as the incarnation of the Golden Rule. However, often ignored is the foremost of two great commandments:

Secularists reject that natural law is based upon God’s supreme authority and precepts. They also reject that original sin is real and forms the very essence of our fallen human nature. Redemption is attained through the sacrifice of Christ on the cross.

The methodical and demonic assault on Christianity that is waging war against God is the most enduring example that Satan, the archfiend of mankind, is approaching the final conflict. Abnegating Christ, as in Peter’s threefold denial, which was based partially on the weakness born of human frailty, should not become an excuse to rebuff this treatise.

Christmas resonates within the hearts of men of good will. Without the incarnate Christ, no deliverance from evil is possible. As the end times approach, the only mission that matters is seeking repentance. Humility must replace hubris. Submission to His essence through the Holy Spirit is the purpose of prayer.

Are you a believer? Or are you a doubter? If you are an Antichrist denier, God have mercy on your soul.