Jesus: Resurrection to Ascension to Pentecost 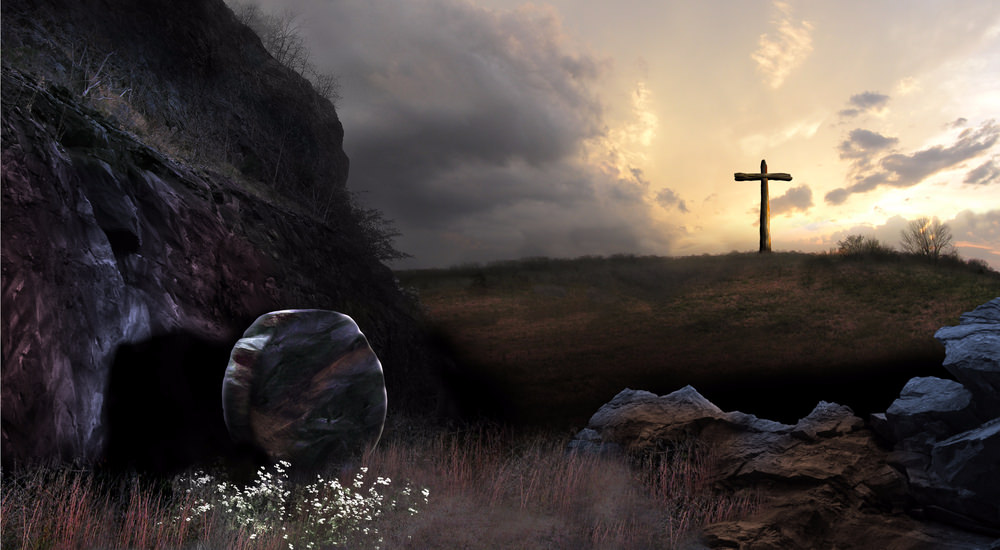 Prior to His crucifixion, Christ informed the disciples about how the unified interaction between the Father, Son, and Holy Spirit would soon relate to believers. Jesus also explained how He would return to them, via the Holy Spirit. In speaking to Philip (John Chap. 14) Jesus said that the world would no longer see Him, but, the disciples would see Him:

“And I will pray the Father, and He will give you another Helper, that He may abide with you forever (v.16), even the Spirit of Truth, whom the world cannot receive, because it neither sees Him nor knows Him; but you know Him, for He dwells with you and will be in you (v.17)…A little while longer and the world will see Me no more, but you will see Me… (v.19)”

Then Judas (not Iscariot) said to Jesus, “Lord, how is it that you will manifest Yourself to us, and not to the world?” Jesus explained:

“If anyone loves Me, he will keep My word; and My Father will love Him, and We will come to him and make Our home with him (v.23). He who does not love Me does not keep My words; and the word which you hear is not Mine but the Father’s who sent Me (v. 24) These things I have spoken to you while being present with you (v.25). But the Helper, the Holy Spirit, whom the Father will send in My name, He will teach you all things, and bring to your remembrance all things that I said to you (v.26) …You have heard Me say to you, I am going away and coming back to you… (v.28a) And now I have told you before it comes, that when it comes to pass, you may believe (v. 29).”

Jesus told His disciples that in ‘a little while’ He would ‘come again’ and manifest Himself to them through the Holy Spirit:

“Nevertheless, I will tell you the truth. It is to your advantage that I go away; for if I do not go away, the Helper will not come to you; but, if I depart, I will send Him to you” (Jn. 16: 7) “He will glorify Me, for He will take of what is Mine and declare it to you. All things that the Father has are Mine. Therefore, I said that He takes of Mine, and will declare it to you” (Jn. 16: 14-15).

After Jesus was crucified and three days later rose from the dead, he appeared to the disciples for forty-days speaking about the kingdom of God. He told them they would soon be baptized with the Holy Spirit: “For John truly baptized with water, but you shall be baptized with the ‘Holy Spirit’ not many days from now.” (Jesus; Acts: 1: 5) The disciples then asked Jesus if He was going to restore the kingdom to Israel… Jesus said, “It is not for you to know the times and seasons which the Father has put in His own authority” (Acts 1: 7). Then Jesus spoke His last words before ascending into the clouds:

“All power and authority in heaven and earth has been delegated to me’ (Matt: 28: 18). ‘And listen, I am sending the ‘promise of My Father’ upon you, but you remain in the city of Jerusalem until you be clothed and imbued with the power from on high’ (Luke 24:49). ‘But you shall receive power when the Holy Spirit has come upon you; and you shall be witnesses to me in Jerusalem and in Judea and Samaria, and to the end of the earth’ (Acts 1: 8). ‘You go therefore teaching and making disciples in all the nations, baptizing them in the name of the Father, and of the Son, and of the Holy Spirit, teaching them to observe all things whatsoever I have commanded you, and lo, I am with you always, even to the end of the age (Matt. 28: 19-20). He who believes and is baptized shall be saved; and he who disbelieves shall be condemned.”

After Jesus had spoken these words He led the apostles out as far as Bethany. And after lifting His hands He blessed them. As He was blessing them, while the disciples were still looking on, He ascended to heaven from Mt. Olivet and was received into a cloud.  After worshipping Jesus, the disciples returned to Jerusalem as Christ had instructed them to do (Luke 24: 52).

Ten days later, on the Day of Pentecost, the disciples, the women, the brothers of Jesus, and Mary (Jesus’ mother) were all gathered together in a house in Jerusalem. The sound of a mighty rushing wind suddenly filled the house and there appeared to them divided ‘tongues of fire,’ distributed and resting on each of them. Everyone was filled with the Holy Spirit and began to speak with other tongues. Not understanding what was going on, the people were both amazed and perplexed. But, the Apostle Peter stood-up and proclaimed; “this is what was spoken by the prophet Joel:’

‘And it shall come to pass in the last days, says God, That I will pour out My Spirit on all flesh…”

Joel’s prophecy described how God would pour out His Spirit on both Jews and Gentiles alike. Joel’s prophecy also described “the last days,” and the “great and terrible day of the Lord,” in which Jerusalem would endure “great tribulation.” After the Day of Pentecost, the coming destruction of Jerusalem (A.D. 70) was on the horizon.

Peter then called on the multitude to repent and be baptized in Jesus name and they too would receive the Promise, the gift of the Holy Spirit. That day, three-thousand (3,000) repented and were baptized. The essence of the Day of Pentecost is that Christ empowers believers through the Holy Spirit to proclaim and teach the all-encompassing gospel to all the world (every tongue), and to walk in God’s ways.