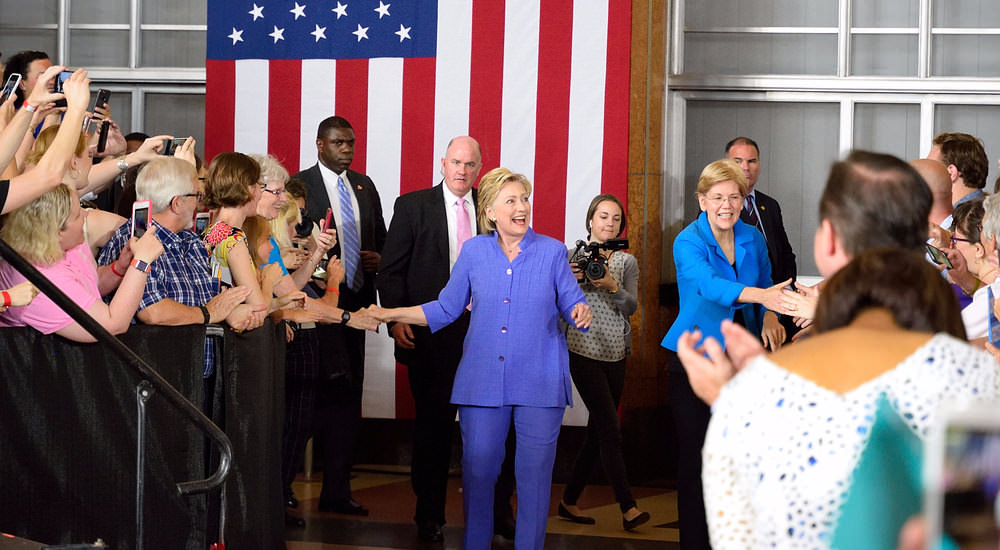 Hillary Clinton and Elizabeth Warren push back against two important elements of American society in 2016, namely Jesus and privilege. That which Clinton and Warren attack as privilege is in actuality talent and inheritance. Talent is an ability or knack usually considered a gift or fortune of life. Inheritance is received from parents and others in the form of life’s lessons, skills, knowledge, and monetary wealth. What the two liberal cronies disparage as privilege is what pirate and laborer alike appreciate and welcome as boon, bounty, or bonus. Privilege, contrary to their ideological view, is legitimate and to be appreciated when it comes one’s way.

Predictably, Hillary and Elizabeth allow for themselves privilege the Right abhors and avoids at all costs.  The right to vote multiple times in a single election, the right to unearth and transport the dead to the polls, the right to permit illegal immigrants to vote, the right to protest inside private event venues, the right to declare “anchor babies” US citizens, the right to rewrite amendments by ignoring the voice of 2/3rds of both houses of Congress and avoiding the required ratifications by 3/4ths of the states. These elites, these arrogant advocates of the Left are undeniably privileged, far above and beyond whatever laws and constitutional restraints the remainder of the nation respect and gladly conform to.

Not only do Hillary, Elizabeth, and the Democrat Party in general allow for themselves such elitist privilege, they also provide protections to those they are allied with: giving illegal aliens sanctuary cities, felons early release, visa overstay violators and illegal immigrants deportation forgiveness, drug dealers and thugs protection from effective law enforcement by demonizing and organizing protests and popular opinion against our police, and Islamic terrorists cover by refusing to name or acknowledge them as the most dangerous enemy our civil society faces today.

No law or tradition can stand in the way of transforming the world into the Utopian fantasyland President Obama and his cohorts have envisioned. No border. No religion. No right. No private interest group…. Wait, what about the LGBT? They have been sacrificed by the Left for the goal of open borders. Nothing stands in the way between the LGBT and Sharia law in Obama’s Utopian, Nimrod based, open borders wonderland. The poor, sacrificed. Union workers, sacrificed. The middle class, sacrificed. Blacks, sacrificed. A free Cuba, sacrificed. A healthy GDP, sacrificed. Energy independence, sacrificed. A strong national defense, sacrificed. Privilege, salted heavily (for savor and freshness) with political correctness, and the conviction they are always justified are all they need to impose on anyone they disagree with their punishments of selective, targeted law enforcement and bureaucratic malfeasance.

Privilege gives Hillary and Elizabeth the right to demonize big business, the police, Christianity, the one percent, and entrepreneurship. Privilege gave them the right to “shake down” BP, the Little Sisters of the Poor, and Lehman Brothers. Privilege gave them the right to misuse TARP monies to take over GM and Chrysler, close dealerships without compensation, fund bloated union pensions, and fire the GM CEO and replace him with “their guy.” Privilege directed the IRS deny hundreds of Tea Party class organizations involvement in the 2012 general election.

Mysteriously, Hillary and Elizabeth allow for themselves a Jesus likeness they do not allow Jesus Himself. More specifically, their ability to create resources out of nothing, their authority to forgive wrong doing, their omniscience to know help would have never arrived in Benghazi in time, their sublime historical significance to divide history before they “showed up” from all that comes after, their power to take the commonly natural things of life such as water and turn them into superlative whines and back into mundane gripes, their grace and mercy to say “Peace, be still” to bring to an end global warming, their right to set prisoners free while binding up the righteous, and their declaration the sons and daughters of Marx defend American values, while disparaging and disowning the sons and daughters of Washington as sons of the devil.

There is no comparing the “privilege” of the Right to the “privilege” of the Left. The first is natural, to be valued. The second is abominable. The first is honorable, full of virtue, and aids in the building of character of individuals and nations. The second is coercive, exclusive (not inclusive,) and destroys the self-confidence of individuals, families, and businesses attempting to better their daily lives while under the oppressive control of whimsical, regulatory bullies who “know” they have never made a mistake, ever.