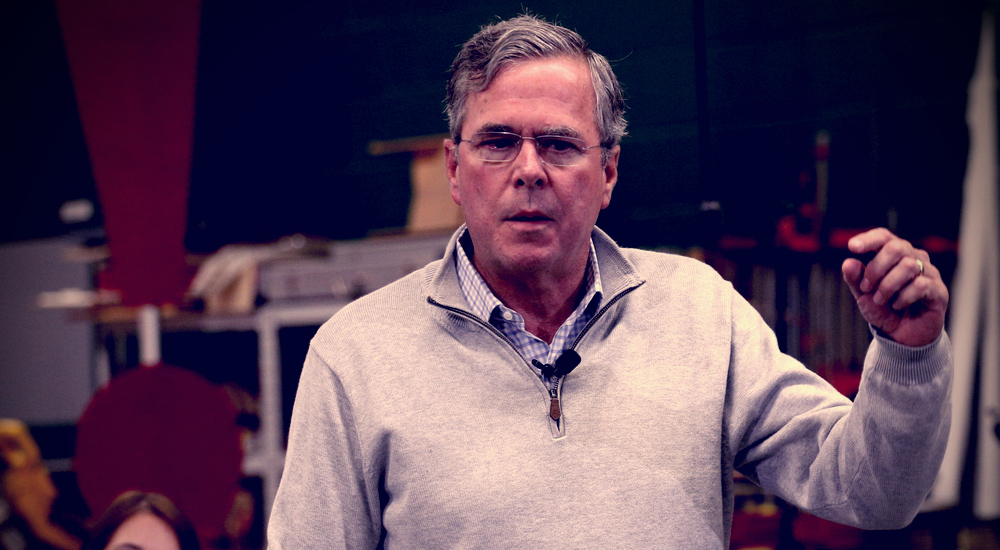 He’s been whining and crying about the President since long before Donald Trump actually won the election.

During the 2016 primary season, Jeb got really upset when Trump would mock his banality by calling him “low-energy.”

Well, Jeb may have lost the race to be the GOP nominee but that doesn’t mean he’s given up on his whining. He recently sat down with CNN to continue complaining about President Trump.

“We haven’t had a major crisis to deal with but this unilateralism or go-it-alone-ism I think is really dangerous. Our friends no longer believe that they can trust the United States. Our enemies, in many cases, feel emboldened by this approach. I think it defies the bilateral, or multilateral, or bipartisan kind of consensus on foreign policy that has, by and large, kept America safe.

I think someone should run, just because Republicans ought to be given a choice. I think… he has a strong, loyal base and it would be hard to beat him. It’s hard to beat a sitting president…

To have a conversation about what it is to be a conservative I think is important and our country needs to have competing ideologies that are dynamic that focus on the world we’re in and the world we’re moving towards rather than revert back to a nostalgic time.”