Jeb Bush Rains on RNC Parade with another #NeverTrump Attack! 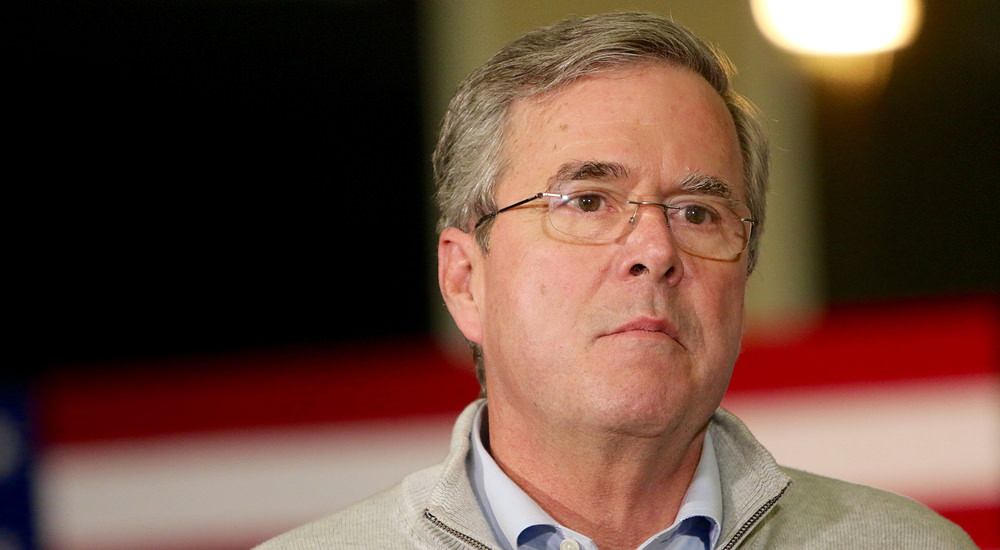 Jeb Bush, who was no fan of Donald Trump heading into the convention, doesn’t look to be changing his strong stand against the racist, bigoted, misogynist.  The brother of former president George W. Bush has doubled down on his criticism of the presumptive republican nominee during a critical time in the 2016 election cycle. There is much controversy concerning whether or not that Trump will even gather enough votes on the floor to become the nominee. It takes 1237 votes, and if every delegate who does not align with Trump’s heathen ways does not come to vote, then he by their own GOP “greedy oppressive party” rules will need to wait for a second vote.

“Bush, once seen as the front-runner for the Republican presidential nomination, remains one of the most prominent anti-Trump holdouts in the GOP. In an op-ed for The Washington Post published Friday, Bush acknowledged that Trump had capitalized on legitimate frustrations with American politics.

“‘They have given rise to the success of a candidate who continues to grotesquely manipulate the deeply felt anger of many Americans,’ Bush wrote, saying the nominee harkened back to an 1850s political party. ‘Trump’s abrasive, Know Nothing-like nativist rhetoric has blocked out sober discourse about how to tackle America’s big challenges.’”

Trump, who has consistently belittled  Jeb in the past, will presumably be nominated by the republican party in merely a few days to battle Hillary Clinton heading into November’s general election. But for the Grace of God, he will never be voted in as the nominee. Priebus and Donnie boy may not want to get their party horns out too soon.

Bush’s op-ed continues his vehement opposition to Trump. During the primaries, he and Trump regularly traded shots on the campaign trail, with the real estate mogul memorably labeling him “low-energy.” After Bush dropped out following the South Carolina primary, he vowed that he would not vote for Trump and does not plan to attend the Republican National Convention.

In his op-ed, the former Florida governor implored Republicans to protect their control of Congress and called on the party to “reintroduce civility, ideas, and optimism back into politics. Let’s find ways to campaign and govern inclusively. Let’s find ways to ease the angst and fear of people, without cynically feeding it.”

Bush, a lifelong Republican from a family that produced two Republican presidents, also floated the idea of supporting the Libertarian ticket in the fall. “I haven’t decided how I’ll vote in November — whether I’ll support the Libertarian ticket or write in a candidate — but I do know there are a lot of things Republicans can do in the coming months to lay the groundwork for rebuilding our party and the foundation for a true conservative renewal in our country.”

Bush isn’t the first anti-Trump Republican to suggest that he might vote Libertarian this fall. Last month, 2012 GOP nominee Mitt Romney also said he would consider voting for the Libertarian ticket, though he noted he had policy differences with them.

There is still time for several of the 17 candidates to continue with their candidacy if the states’ rules allow candidates to switch parties, and then we can see a true Constitutional Conservative party in play. The outcome may not be the win, but it will surely put the race in the hands of Congress, where each individual voter has great power in the longevity of a specific Congressperson