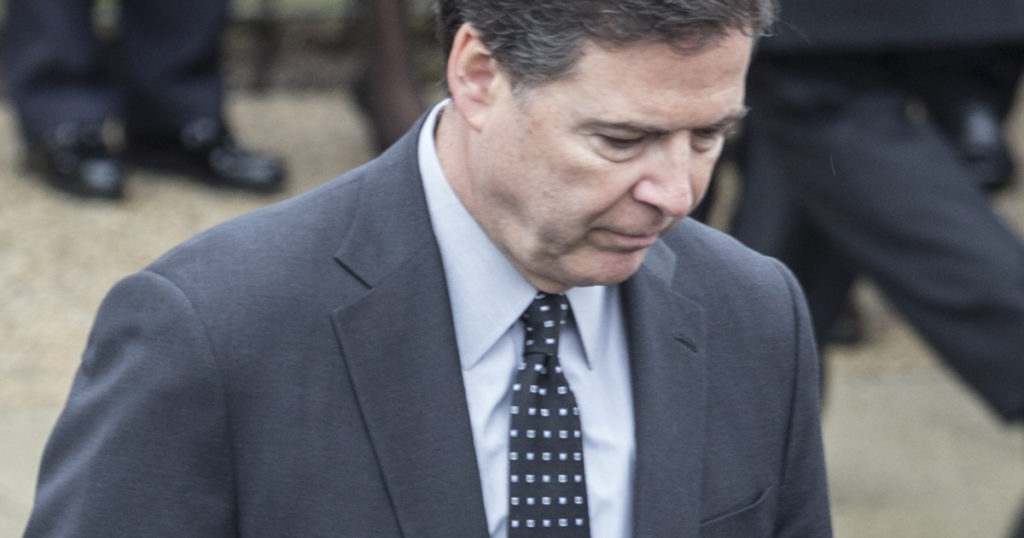 James Comey – appearing on Special Report on Thursday 4/27/2018 – was asked by Brett Baier, after Baier read Comey the FBI agreement dealing with FBI work products – if he had written approval to leak his memo’s to his friend and college professor?

Comey responded that he wrote the memo’s as “private aid to memoir,” Baier noted that Comey was speaking to the President of the United States. Comey insisted that these memos were not a public, but private notes/memos and Baier allowed the contradiction to stand on its own.

Baier could have – but likely didn’t see the need – to have put a point upon the contradiction by asking: “How was it James that you were given the opportunity to have a private discussion with POTUS? Wasn’t it by virtue of your position as the FBI director? Or are you arguing that President Trump was having a conversation with you as he might have a conversation with a private citizen on a White House tour?”

A prosecutor given the opportunity to play – for Former FBI Director James Comey – Comey’s comments juxtaposed with Comey’s contradictory comments would likely have a difficult time restraining him/herself from openly laughing – before judge and jury – as he asked Comey to unravel at the knotted logical mess and contradictory statements Comey has made in attempt to validate a palpably invalid investigation into the 2016 Trump campaign.

Has POTUS Trump allowed the Mueller’ investigation go on – sandbagging his opposition into revealing themselves – as a means of exposing the ne’re-do-wells (the Swamp) in the Federal bureaucracy and political office?

Let us hope so, and hope Trump doesn’t rest until they are all served justice!