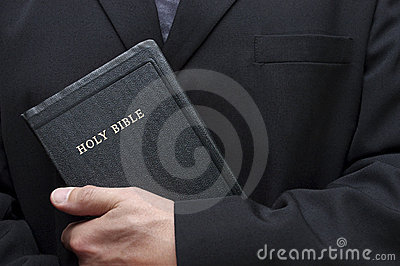 “Is anyone among you sick? Let him call for the elders of the church, and let them pray over him, anointing him with oil in the name of the Lord.”  — James 5:14

Some tell us this text refers only to the healing of the soul, i.e. from sin. Others tell us it is a suspect text because charismatics use it. Yet others – those who say all the gifts ‘finished with the Apostles’ – tell us it was once valid, but its use came to an end with the death of the last Apostle. B. B. Warfield certainly believed this text no longer applies.

If we read, say, Matthew Poole’s commentary on this section of scripture, we find that Poole tells us the rite (applying oil and praying) applied only to those with minor illnesses and that the elder had a gift of healing. He then adds that as the gifts have since ceased, the rite is now obsolete.

Whenever we read so many contrary views, we ought to be cautious, for the very existence of varying views amongst Bible-believing theological thinkers (unbiblical thinkers are inconsequential) strongly suggests there may not be any final answers. Let us briefly look at the text in question to determine what it actually says (so many views are based on personal adherence to particular eschatological and denominational theories, which make such views prejudiced rather than Biblical).

The Poole idea is not really acceptable, because he introduces explanations that are not based on the text. For example, there is no indication that the illnesses were only minor; nor is there an indication that the elders necessarily had gifts of healing. Indeed, if the emphasis was on a gift, then anyone with the gift of healing would have been suitable for the task – he need not have been an elder.

Poole also says that the gifts ceased, “therefore” the rite is invalid today. This “therefore” is a common debating device, but it is also a common error! Whatever follows “therefore” automatically assumes an air of authority and implies that the preceding argument has already been proved (or disproved). This is certainly not the case here. That the gifts have ceased is just one theory amongst several, and, frankly, observation says otherwise. Some Believers follow this theory blindly because of the gross errors of others, such as charismatics, who abuse the idea of gifts. But, the abuse of a text by others is not reason to cast aside what a text actually says.

So, briefly, what can we obtain from the text?

Firstly, we see that the prayers are given on behalf of the ‘sick’. This word denotes one who is infirm, sick or diseased. It is based on the negative form of a word meaning ‘bodily vigour’ and ‘to make strong’. This emphasises the fact that the one who is ill has been debilitated by the ravages of an illness. This can certainly happen in the case of psychosomatic problems, too, but we should always retain a literal and straightforward interpretation of scripture unless shown otherwise by the context itself. Thus, this text speaks of those with physical illness. A long or severe illness causes infirmity and loss of strength, so Poole’s idea of a ‘minor’ illness does not appear to apply here.

Secondly, the elder is given a ‘call’ – a word signifying a request for a holy service that, if traced back to its root word, means a service given to the advantage of another. It is most unlikely that such a service would be lightly given, i.e. for a minor illness that, by its very nature, would heal of its own accord anyway, or would be borne as a part of life. The ones called are the ‘elders’; that is, the pastors/bishops/presbyters (each of these words is synonymous and refer to the same person). No reason is given for this. Therefore there is no ready explanation, except that this was how God determined it to be. We must not invent a reason.

Thirdly, the elders (and others) were to ‘pray’ – a word meaning to offer prayers for something wanted to another’s advantage (see how words in scripture all intertwine!). What this tells us is that the ‘rite’ had the blessing of God, for He would not allow His word to uphold anything of disadvantage to His children. The elders were to pray over the sick person in the name of the Lord. That is, they prayed near him (as the word ‘epi’ clearly states: think of an earthquake epi-centre and you have the meaning). Their authority and power were of Christ and not of themselves.

The elders used a ‘prayer of faith’: a prayer or a wish to God, based on their assurance of God’s promises. Note what follows: the prayer “shall save the sick”. That is, the one who is wearied by his sickness shall be made safe/rescued from destruction. It also means to save a suffering one from disease/to restore to health. This is emphasised by the words “the Lord shall raise him up”, which means to raise up from a seat or bed, or to stir up. None of this means an automatic healing, though, for the word ‘Lord’ is ‘kurios’ meaning (amongst other things) the One who controls and decides our lives. Thus, the healing depends entirely on God’s will in the matter. Nevertheless, as the continuing text suggests, we must pray with utter conviction unless shown otherwise.

There is no proof that the sickness of the person is necessarily a result of sin. What it shows is that if sin has been a part of the life, then God will deal with that, too, possibly because the faith which called for healing shows God a change of heart toward one’s sin and toward the purity of the Lord. But, that is mere speculation, for the answer to this is not given in the text. The text continues with the illustration of Isaiah, who prayed effectually and long until he prevailed.

What all this suggests is that the ‘rite’ (in the early days of the Church, oil was just one symbol used. Christians also embraced, placed hands on heads, etc. The oil in itself does nothing, but is just a symbol of God’s work via the Holy Spirit) is still valid today. It has nothing to do with the spiritual gifts. The tone and structure of the instruction is that of a general and normal procedure, available to all.

We should never hide from texts because others (such as certain charismatic groups) abuse them. Rather we must examine them to see what God is telling us, so that we do not deny Him His power and authority in any given situation. Do not be dictated to by partisan theories or by leaders who demand obedience to their teachings, even when alternative interpretations are possible.