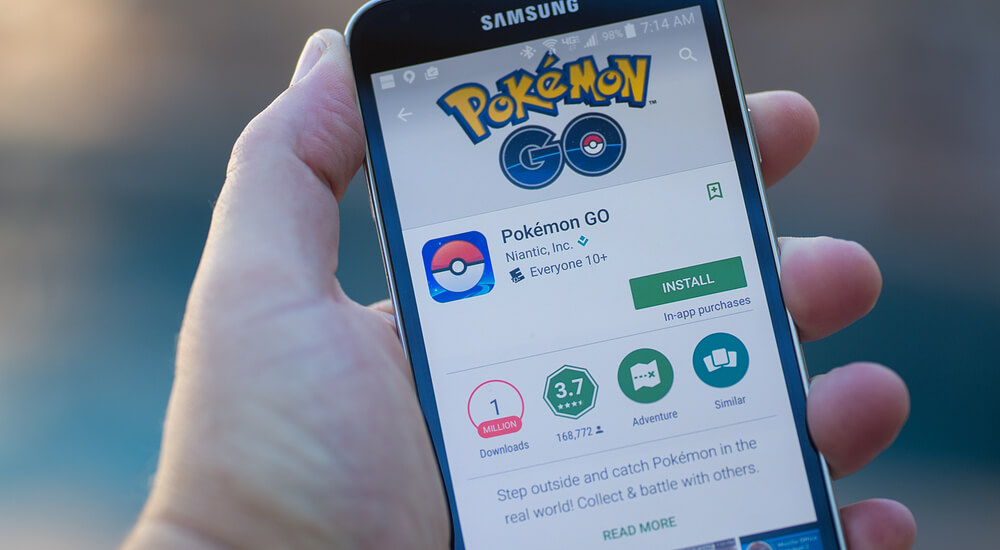 This year, February 27, Pokémon (pocket monster) turned 20. It was created by Japanese game designer Satoshi Tajiri for Nintendo as a video game for the old Gameboy handheld video game platform. My sons still own theirs. It was introduced to the United States in 1998. Nintendo was quick to capitalize on its popularity. The video game soon spawned a celebrated trading card game, books, movies and a television series. The tag line of Pokémon is: “Gotta Catch Em All.”

Since then, at least a few of the Pokémon characters have gained international recognition. One of the most recognized characters, called Pikachu, was made into a five story tall Thanksgiving Day parade balloon.

But like most everything else, particularly in the what-have-done-for-me-lately world of video games, all things must come to an end – except Pokémon.

Unless you have been living under a rock – and even then it would be hard to miss the hundreds and thousands of people in any given geographic area that appear to just be walking around aimlessly. The one thing they all have in common is the smartphone, which they stare into as they stroll about.

In case you are wondering what they are up to – they are playing the latest game developed by the geniuses at Nintendo – Pokémon-Go. If you live in or near a city or town, I can guarantee you’ve seen somebody playing this game.

The game is virtual reality, or more precise, a combination of the virtual and reality. One downloads the App to your phone, which links to its GPS, and off you go to try to “Catch Em All.” There’s more to it than just that, but I don’t care. It is actually a great way to get kids who would otherwise be fairly sedentary out of the house. My son claims he and his friends logged several miles the other day without even realizing.

I frankly think it’s a silly waste of time – but some don’t merely think it’s silly. Some believe it is un-Islamic. So owning slaves, honor-killing and subjugating your wives is okay, but Pokémon-Go should be forbidden. Makes sense.

However, Pokémon and Islam have a “relatively” long history. It was deemed un-Islamic years before this latest game iteration. In 2001 the Grand Mufti of Egypt, Nasser Farid Waseel “issued a fatwa, or religious edict, against Pokémon because, among other vices, the game “teaches children about gambling” and features “Zionist and Masonic” symbols.”

But really – doesn’t everything feature Zionist symbols. Those dirty Jews – trying to pollute our childrens’ minds. After all – it’s common knowledge – the Jewish influence in Japan.

Abbas Shuman, deputy head of Egypt’s Al-Azhar Islamic institution asks: “Will we find some lunatics walk into mosques, churches, prisons and military units in search of the missing [Pokémon]?” The answer is evidently yes. “In Cairo, ‘Pokéstops,’ where you can gather more ‘supplies’ for the game, have been found in mosques, in churches, and even inside newsrooms.”

So what would these clerics suggest instead? I know: Mufti-Go – where Islamists download an App which they then use to trace the routes of Muhammad. Along the way they will come across many virtual Muftis who one must catch. Once caught, the virtual cleric will issue a single lesson to the player in the proper ways of jihad, the correct method of takfir, etc.

After one has “Caught Em All,” the final task is to assemble the knowledge derived by establishing your very own virtual Caliphate. Fun from 8 to 80.

But seriously – a lot of these folks in the Middle East have little to look forward to. Why not just let go out a play this silly game? It really is just harmless fun. It’s not a threat to Islam or any other religion.

Oh that’s right. Everything is apparently a threat to Islam.