There was a time in America when white people were taught to hate black people, and that culture lasted far too long.

In some parts of America, there are people who to this day hate blacks, and have nothing but disdain for black people. Thankfully, that is a small number, but it’s sad that such hatred still exists.

The difference within the ideology of Islam is that hatred of Kafirs, nonbelievers, includes all religions except those followers of Islam. Even there the Sunni and Shi’a are killing each other because one group of Islamists believes the other isn’t steadfast enough in their beliefs. This teaching of cultural hatred has been going on not for just one or two hundred years. It’s been engrained in the teachings of the Muslim children for over 1400-years, and is today still taught in every madrassa – Islamic religious school – in America and the world, most financially underwritten by our “ally” Saudi Arabia. 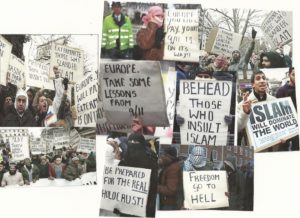 So after the Islamic slaughter of innocents that just happened in Orlando, don’t ask what steps can quickly be taken to stop the hatred and killing of Americans by these Islamic radicals, because the answer is a time-consuming one. It starts with killing the Islamic radicals and stopping the importation of their ideology and forbidding their teachings of hatred to their children, and over many decades, replace those teachings of hatred, as the majority of us did in America with our regard for blacks, with at least a 21st cultural ideology and an acceptance of the idea that other nations and other religions have a right to exist, even if they don’t follow the rules of Islam.

If we don’t recognize that there are 3 or 4 generations of Islamic radicals still alive throughout the world, already active and hoping to conquer Europe, America and the world, we will be placing our children, grandchildren and all of America’s future generations in great peril.

Unless the Islamic ideology is changed, Muslims will continue to breed and populate our cities and nations, as they have already accomplished in Great Britain, until we wake up in 35-50 years to realize that we and the world have become the new global caliphate living under Sharia.

The time to wake up is now, starting with making a political choice and electing an American leader who is not afraid to be politically incorrect, and who calls radical Islam by its rightful name. A leader who is willing to do what is necessary to protect and sustain America’s borders, the safety of our people and our culture from the current invasion and the war that has been declared upon our nation by these radical Islamists.