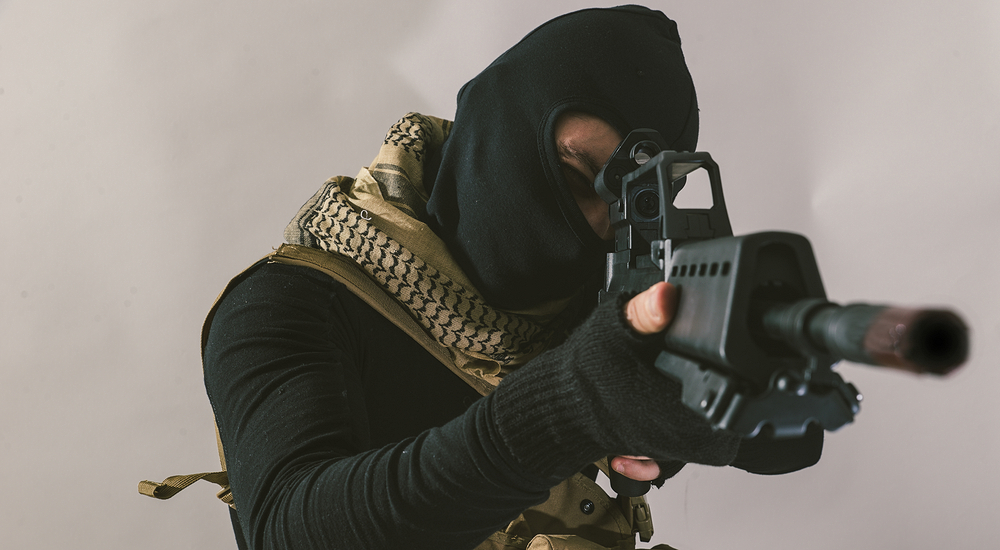 With all the talk of ISIS training camps in America, not just idle talk but researched and actual publicized locations, it is obvious our government knows they are here and what they are doing. And are allowing it. Add to that the influx of refugees with radical jihadists embedded within, contrary to Citizen protests, it’s all too apparent this country is being groomed for a Muslim invasion.

Then the news that black activists in the BLM movement are allegedly working with the black U.S. Attorney General to create protests at the RNC and DNC conventions. And a black leader of the BLM met with the black POTUS days before the RNC.  A POTUS who is well-known to help the racial divide movement.  It lends weight to their plans of civil disturbances so martial law can be declared, so Obama will get a third term.(2)  If that happens, say good-bye to the America we once knew and loved. A handful of others have decided We the People no longer exists.

So, what’s going on? Is this disinformation with the intent to create a revolution? After all, “out of chaos, order” as the “community organizer” Saul Alinsky is reputed to have said. And, POTUS is a disciple of Saul Alinsky, as is Hillary Clinton. Is the disinformation nothing but bait to give the District of Criminals the reason to declare martial law? If so, then to revolt is to play right into their hands.

Madame Clinton had federal laws bent to accommodate her corruption. We all know damn well it was no chance meeting on the tarmac at the Phoenix Sky Harbor airport. Slick Willy cut a deal with the Obama appointee, US General Loretta Lynch.

In bending those laws, a dangerous precedent was set. Who can be prosecuted for endangering national security now, when there was no “intent” (even though intent was not an element of the law)?  We all know she knew better based on her stature (attorney, First Lady, Senator, Secretary of State) and that she intended to do what she did.  So, even the “no intent” fabrication fails.  What is to stop the “Hillary Rule” from being invoked whenever it is expedient?  What is to stop any top official from re-interpreting the laws in ways that were never intended?

Then, consider the recent House Judiciary Committee interrogations of US Attorney General Loretta Lynch over her decision to accept FBI Director Comey’s recommendation to not indict. She sat there, apparently unperturbed, under intense interrogation, glibly sidestepping questions, refusing to answer. And, what was more outrageous than her arrogance was the fact that not one Committee member found her in contempt.(3)

Why was she unperturbed, even though she knew she was guilty as sin? Because she’s “in with the in crowd,” to borrow a phrase from the sixties. She knows no one will touch her. She’s sold her soul.

We are witnessing history in the making. The age of Law has passed. It was passing when the Patriot Act was voted into law.  It was passing when the Affordable Care Act (ObamaCare) was passed, without vetting by those entrusted with that duty.  It is on-going with illegal Executive Orders, the assault on the Second Amendment, and even to the point of lunacy of allowing men in women’s rest rooms.  The Republic is sinking to its knees. We are no longer a country of law and order. Our leaders march to a different drum, the cadence of which is greed and corruption.

The 28-pages that were recently released show how much Saudi Arabia (and Islam) has bought the U.S. Government.(4)  The noise about the corrupt Clinton Foundation is another major source of corruption. The talk is most of the US Government has been tainted by it and that explains why FBI Director Comey could bend the rules and AG Loretta Lynch could arrogantly snub the Committee’s questions.  There is no other explanation.  They are all beholden to the Great Octopus that has its tentacles interwoven throughout D.C.

Obama has castrated our nuclear leadership and demoralized our military. Are they even in a position to come to the aid of the Republic when the Socialist / Fascist / Marxist / Islamist elements make their synchronized moves?

We the People are truly on our own.  It is very, very troubling.

Turning back to the ISIS camp problem, has anyone considered they are Obama’s private army? There is just no other rationale for allowing these camps to fester in our country. They are allowed because they are useful fools/tools to the current administration.  Once they have destroyed America, they will be dispensed with.  Let there be no doubt about that.  With the Clintons and their ilk, they leave no witnesses.

It is imperative that ISIS camps be dismantled ASAP.  They are a hostile enemy at war with the American people and our way of life.

Folks, this is our future. Do you want to live in an America governed by Sharia law? Do you want your daughters entombed in living body bags called burkas, turned into property with no rights, allowed no education, and physically abused? Do you want your sons so brainwashed they’d kill you in an instant if you go against the grain, running wild raping women or lighting a woman’s hair on fire or throwing acid in a woman’s face because they have been indoctrinated that it is righteous?

This is the future that is shimmering malignantly on the horizon and coming on the evil wind blowing across America. The time for indecision has passed.  It is time to get off the fence. Strip yourself of the fear of being politically incorrect. Stand naked and proud in the light of Freedom and the original Constitution.  It is time for us to BE the Americans we were born to be. Not the brainwashed serfs the PC crowd is trying to turn us into.  It is time to give America an enema to purge the toxins.  And guess where we need to insert it.