Is This How Freedom Dies? 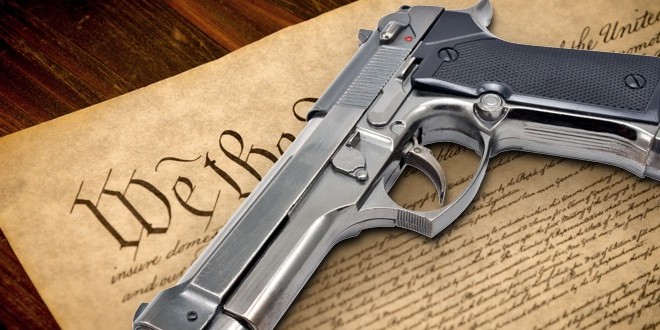 What we witnessed the other night at the CNN Town Hall was the cancer of leftist authoritarianism, as it slowly begins to consume and kill off everything it contacts. And this is how freedom and liberty may die – to the accompaniment of thunderous applause of ignorant masses, being manipulated and pandered to by opportunists.

It was a dreadful sight. One of which we should all take heed, for this one event may become the springboard or catalyst for the outlawing of firearms, which of course is merely the first step in the loss of additional freedoms.

However, we can’t blame our youth, or even the families of the fallen and injured. They’re hurting and will understandably lash out and demand action. We get that. But the Constitution can’t defend itself against such an onslaught of raw human emotion. It takes people to come to its defense. It takes people who recognize that bad law is worse than none at all – that nothing in the Constitution can ever be compromised away, and are strong enough to suffer the slings and arrows of the emotionally distressed.

We also must understand that these folks are not the ones to be feared.

As I’ve stated multiple times, the anti-Constitutional left (and some on the right) understands human nature and how to strike at the heart of the emotionally distraught.

Mark Levin often classifies this current era as post-Constitutional – one where not only lawmakers, but the people demand things of government without any consideration to the Constitution. In many cases, the document is not even mentioned. And why should it. Most people have not read it, and even fewer understand its significance.

When it is mentioned, as at the Town Hall, it is only to demand that parts of it be stricken like the name of Moses from so many Obelisks.

However, some of us on the right don’t appear to comprehend just how serious this is, which is why some of us are quick to compromise. Many on the right hold the view that a little compromise might solve the issue, at least temporarily. Just give them some of what they want, and maybe they’ll quiet down and not hate us quite as much. While this may be a strategy to momentarily placate the masses, what those on the right are doing is nesciently assisting in establishing the framework necessary for the eventual death of our freedoms.

And whether it’s death by sudden heart attack or slowly by malignant tumor, the result is the same.

More often it happens slowly, as to not raise red flags, like base-line budgeting. Every increase in the budget creates a new base-line. The new base-line then becomes the ground floor which cannot be penetrated.

Every compromise the right agrees to, like outlawing bump stocks, more intrusive background checks, or banning just one type of weapon, creates a new base-line from which to negotiate. And that new floor can never again be breached.