Is Ocean’s 8 a Women’s Empowerment Statement or just Another Failed Reboot? 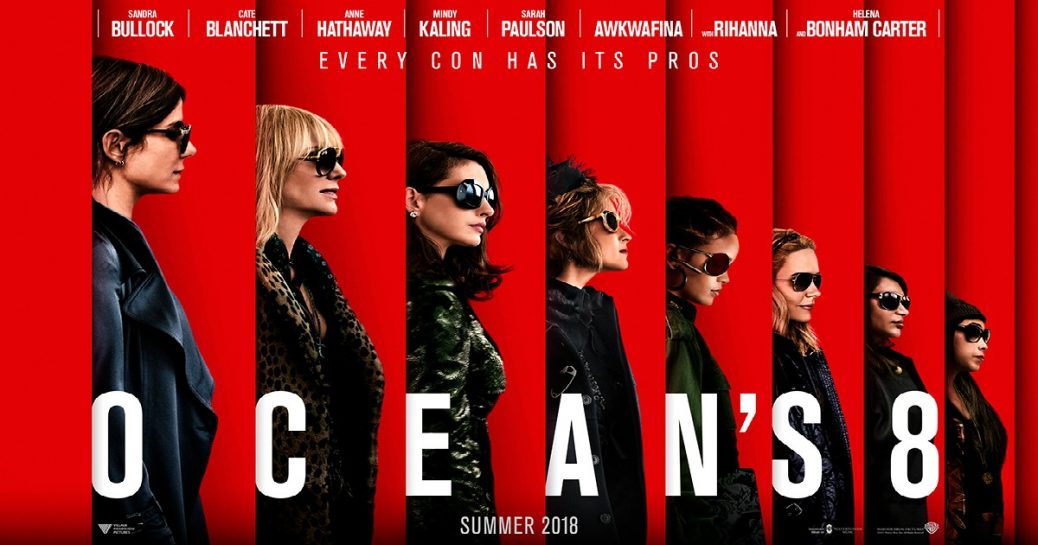 The movie “Ocean’s 8” debuted last night. I wrote this article last night, as movie-goers no doubt thronged to their local theaters, so I don’t yet know of the first night box office tally. But I’m certain the much anticipated all-female thriller/crime film raked it in. Or maybe it didn’t.

UPDATE: Well, it’s starting well. The movie took in $44 million in its opening.

Considering it only cost $70 million to make, I’m sure it will do fine. I mean, the first Ocean’s movie, “11,” cost $85 million and it was made 17 years ago, in 2001. Its box office take was almost a half a billion dollars worldwide. And that was a reboot of the 1960 original starring the Rat-Pack. Even with the 2001 star power, the reboot couldn’t match the cool of Frank Sinatra, Dean Martin, Sammy Davis Jr. and Peter Lawford.

But why make this in the first place? Did the industry not learn anything from the disastrous female reboot of the all-Male Ghost Busters franchise? That bomb lost almost $75 million.

Although Ocean’s 8 may not lose money, I doubt it will be the surprise box office smash of the summer. I may end up being wrong, but I think that relatively few movie goers want to plunk down their cash to see a bunch of “empowered” women play at being men.

So, does Hollywood make these films thinking they are going to be hits? Answer: they don’t, nor do they care. Hollywood must attempt to remain at the forefront of political correctness. To do so, they must therefore make just enough blockbuster hits to be able to pay for all these cocktail party films.

By cocktail party films, I mean the loser films they produce and star in for the sole purpose of being able to congratulate one another on their progressiveness at the exclusive events they attend. And the latest cause of female empowerment is #MeToo movement. Somehow the movement has morphed from – hey you pieces of crap Hollywood male power brokers – stop abusing women, to allowing girls to join, and subsequently destroy the Boy Scouts.

It seems the object of these movies is to demonstrate that women are equal and just as powerful as men. But what Hollywood, or any of these leftist progressives don’t get, is in the real world, no one cares. And exactly how “empowering” is it, if all they do is copy what men have already successfully done – and fail at it?

In closing, I have some thoughts.

If someone has to constantly remind you how enlightened or powerful or whatever they are, it usually turns out to be the opposite – that they are weak an insecure.

Unfortunately, real strong women like Sarah Sanders, Nikki Haley, Sarah Palin, Ivanka Trump or Kellyanne Conway are mocked and called every name in the book. So it’s not about empowering women – only empowering leftist women.

And speaking of equality and empowerment – why didn’t all the women get paid the same? Talk about a pay gap when Sandra Bullock and Cate Blanchett made four times what poor Dakota Fanning made. How is that “fair?”

So what’s next for Hollywood and the “Ocean’s” franchise? I have a suggestion. Instead of another tired “Ocean’s” moniker, they can call it “Trans-Atlantic,” starring Caitlyn (they call me Bruce) Jenner.

The entire cast of transgenders and various other confused individuals must craft an elaborate scheme to steal back their preferred identities which were taken by the evil villain Trump and put in a gender-binary lock box in his underground lair beneath Trump Tower. It’s a guaranteed feel-good hit!