Ireland Surrenders to the Forces of Darkness 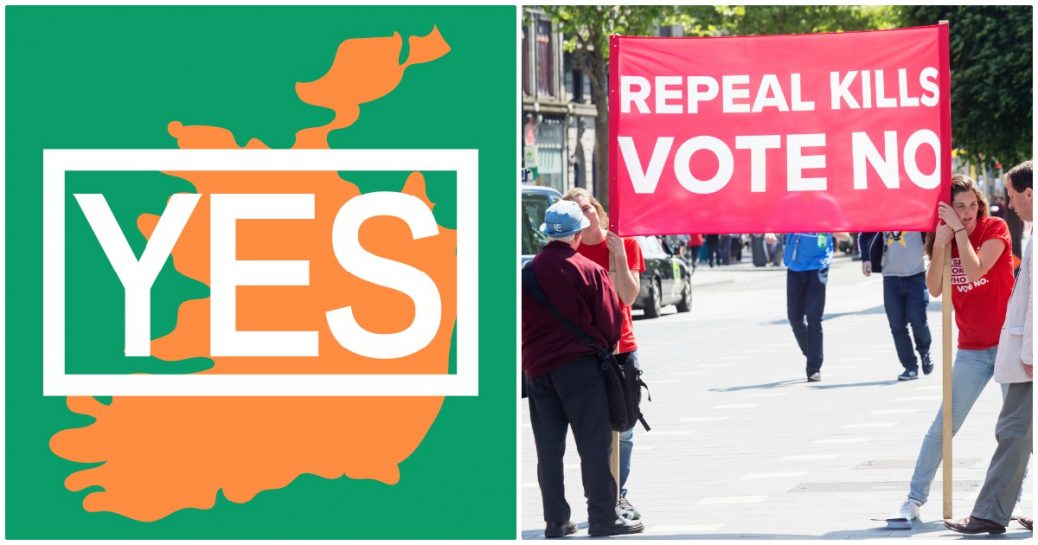 In what was an historic vote, in an overwhelming turnout on May 25, two thirds of Irish voters cast aside a decade’s long ban on abortion created in a 1983 referendum that implemented the Eighth Amendment to their Constitution, which gave equal rights to the mother and unborn child, and recognized life beginning at conception. The final vote revealed 66.4% to amend, and 33.6% no. The one county in Ireland that voted against repeal was Donegal with 51.7%.

Just prior to the vote, Catholic Bishops made a last ditch effort and appealed to the faithful to reject the government’s proposal to revoke the Eighth Amendment and legalize abortions on demand up to 12 weeks gestation, and up to 24 weeks when circumstances exist, such as the life of the mother, and up to birth where the unborn has been diagnosed with life threatening infirmities.

In an earnest entreaty Archbishop Eamon Martin, president of the Irish Bishops conference, in a message at all masses implored the faithful to be “Missionaries for the cause of life”. Bishop Martin pointed out that if the Eighth Amendment is repealed, unborn children in Ireland will have absolutely no constitutional rights.

In his closing remarks to the faithful Bishop Martin stated, “When you go inside the voting booth on May 25, pause and think of two lives- the life of the mother and the life of her baby- two hearts beating: two lives which are both precious and deserving of compassion and protection”. Of course this now is all after the fact; the voting is over, the people have spoken; abortion is now legal in Ireland and is unrestricted within the first three months of pregnancy.

Leo Varadkar, Irelands openly gay Prime Minister, campaigned to legalize abortion, and after the vote remarked this is a “great act for democracy and historic day for Ireland”, but I’ll add, a bad day for the unborn. The national discussion and debate up to the vote lasted for over a year, pitting family members and friends against each other. The major impetus that led up to the repeal, and was also the cause of protests and demonstrations was a tragic situation in 2012, where Savita Halappanavar, an Indian dentist, died after having been denied an abortion. Following her death pro choice advocates argued that the law was archaic, and called for a referendum.

This was disheartening and a major disappointment for the Catholic Church, conservatives and most of the faithful Christian community. Many thought that Ireland would step forward, not into a cultural abyss, but stand up for life. Over the past several years Ireland, the Emerald Isle, appears to have been influenced and has succumbed to the leftists in its midst.

Keep in mind, Ireland is divided between the Republic of Ireland (officially named Ireland) and Northern Ireland which is part of the United Kingdom and still retains its strict anti-abortion law. Former Northern Ireland health minister Jim Wells said the result was a “grave threat” to the unborn child in Northern Ireland.

In 2015 Ireland voted to legalize same-sex marriage, unlike in America where it took the Supreme Court to force this perversion on the people. There have also been extraneous forces that have through money, and influence and intimidation fed the Irish people with propaganda and preyed on their apparent growing spiritual weakness, and their yearning to join the rest of the modern world.

As a result of the negative effect the vote has caused, and possibly a sign of things to come, an Irish priest, Father Damien Quigley of the diocese of Armagh questioned a couple whose desired to be married in the Catholic Church, However they were advocates for abortion rights which directly oppose Church teaching on the sanctity of life. Father Damien sought to first meet with the couple to discuss their conflict of values. The couple shared Father’s message with the press, and you can guess the fallout.

Many will stand up and applaud the vote in Ireland that legalizes abortion. They will shout for joy at the slaughter of the innocent. Ireland was one of the few nations in the world that walked the path of righteousness and light, and respected the sanctity and dignity of all life, especially that of the unborn.

In the Hobbit, J.R.R. Tolkien wrote “It cannot be seen, it cannot be felt, it cannot be heard, it cannot be smelt. It hides behind stars and under hills, empty holes it fills. It comes first, follows after, ends life, kills laughter”. Now having reached a crossroad, the people of Ireland have taken another path; they listened and succumbed to demagogues and the forces of modernity and cultural deprivation. They now walk the path of Darkness.