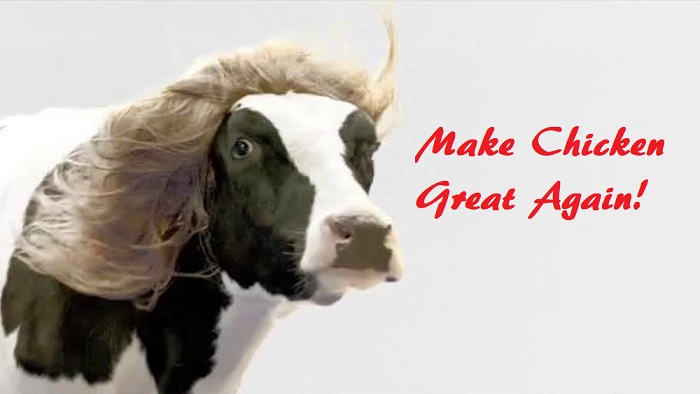 There must be something seriously wrong with Chick-fil-A. If you’re not familiar with Chick-fil-A it is a fast food chain that specializes in pretty tasty chicken sandwiches and fries that look like little waffles. It was founded in 1946 in Georgia and has over 2,000 locations.

The reason Chick-fil-A must be investigated is that there must be something seriously wrong with this wildly popular food chain. Across the nation universities, airports and municipalities are denying this fast-food chain access to its locations. Or is it they are denying their populations access to Chick-fil-A it is hard to tell but I have yet to hear a story of a Chick-fil-A failing in any of its locations. Most if not all of their locations actually have lines even though the restaurant has an incredibly fast order to serve ratio.

Additionally, Chick-fil-A is in lockstep with America’s fundamental traditions and values namely Christianity, which has been the dominant religion of the United States since even before its conception and even today the majority of Americans identify as Christians. Chick-fil-A is even closed on Sundays. I remember as a kid most stores closed Sundays but today hardly any of them do.

So what is the problem here? What horrid thing has Chick-fil-A done that would justify denying tasty chicken sandwiches and jobs to people who want them? It must be something truly terrible like trafficking children or enslaving Blacks. Maybe every time a Black person enters a Chick-fil-A a net drops from the ceiling and captures them while the friendly staff fit them with a collar and shackles? Hey, I’m just asking but whatever it is we gotta get Bob Mueller back on the job to investigate because whatever it is must be truly horrible.

There is an old saying from the original Star Trek, though I doubt they coined it that goes something along the lines of, “if you eliminate everything that is possible to eliminate, whatever is left must be the truth.”

If Chick-fil-A is doing something dastardly then a Bob Mueller investigation would most certainly expose it and those found guilty of any crimes should be brought immediately to justice. I’m sure the state of Florida could crank up Old Sparky in a pinch.

“But what if Chick-fil-A is found innocent?”, you might ask.

That would certainly expose a serious problem that has nothing to do with anything Chick-fil-A may or may not have done. If in fact Chick-fil-A is cleared of any wrongdoing that would mean that the company is being denied it’s constitutional rights somehow and so aren’t some of the people who would be affected by not having the restaurant jobs open to them or by not being able to enjoy tasty chicken sandwiches and waffle fries. That just doesn’t seem right in the land of freedom and liberty, does it?

What reason could there be to deny Chick-fil-A restaurants, which provides jobs and tasty fast food alternatives if they have committed no crime under the constitution? I think chickens fart and poop less than cows too. Maybe a chicken sandwich on Mondays for the people of New York instead of a burger?

Perhaps the answer to that question has a lot more to do with the kind of people trying to unjustly exclude the restaurant from business opportunities than it does about chicken sandwiches and waffle fries. Did I mention their hot chicken sandwich? Mmmmmmm.

Oh, and why does all this business sound so strangely familiar?