Inverted Totalitarianism and the Corporate State 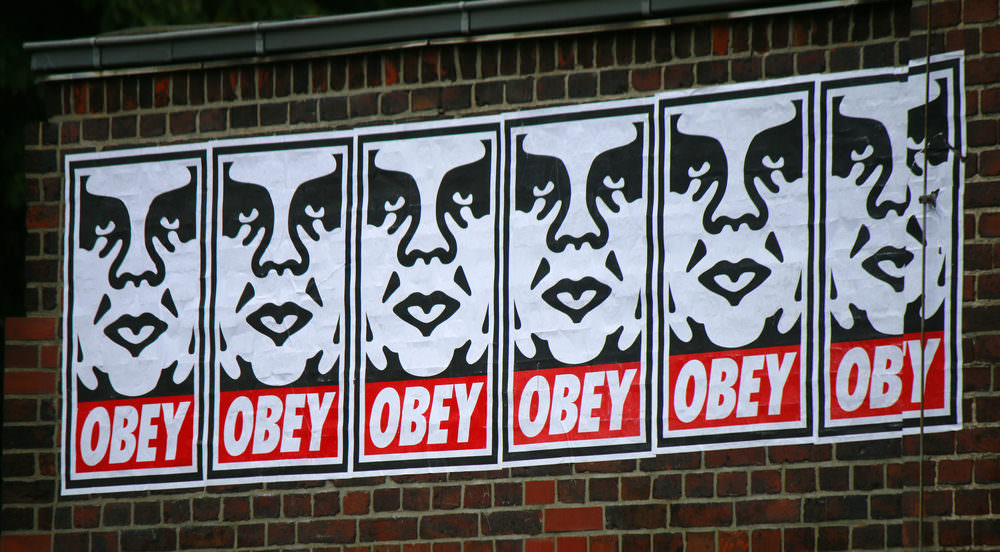 Stricken with a terminal disease, the decline of traditional society is unavoidable. For decades, the political institutions that fostered a Republic based upon individual liberty and responsibility fade into fond memory. Defenders of all that made America a shining example of human freedom are attacked and ridiculed for holding onto a moral and ethical system that is based upon the dignity of every individual. Most will blame the failure of this decay on the politicians that willfully pander to the masses with the next generation of social welfare programs. While defining a politician as a scoundrel, deserving damnation, seems obvious; the underlying source of the decay that eats away the culture comes from various directions.

The trends toward despotism are visible for all to see. Most prefer their blinded vision because accepting the lethal condition might require some proactive response. The idea that a single dictator will seize power and rule as a tyranny seems foreign to many plebeians. Yet, the daily news that flows from the corporate mass media build upon the absence of real reporting and fundamental truth that ignores, denies and substitutes meaningless stories for earth shattering events.

Therefore, the significance of the concept, inverted totalitarianism, as defined by Sheldon S. Wolin deserves examination.

“It is all politics all of the time but a politics largely untempered by the political. Party squabbles are occasionally on public display, and there is a frantic and continuous politics among factions of the party, interest groups, competing corporate powers, and rival media concerns. And there is, of course, the culminating moment of national elections when the attention of the nation is required to make a choice of personalities rather than a choice between alternatives. What is absent is the political, the commitment to finding where the common good lies amidst the welter of well-financed, highly organized, single-minded interests rabidly seeking governmental favors and overwhelming the practices of representative government and public administration by a sea of cash.”

Watch the Sheldon Wolin You Tube interview for a summary of his viewpoint.

For an in-depth study of Mr. Wolin’s ideas, review Managed Democracy and the Specter of Inverted Totalitarianism. He asks the following questions:

“Does a demos have a future in the age of globalization, instant communication networks, and fluid borders? Is the notion of “a” demos as a single, compact body with a “will” and an identity that persists overtime at all possible or even a coherent notion in the age of the political bloggers? Is there time for a more authentic politics, more reflective of the pluralistic character of reality?”

He defines democracy as,

“Democracy is about the conditions that make it possible for ordinary people to better their lives by becoming political beings and by making power responsive to their hopes and needs. What is at stake in democratic politics is whether ordinary men and women can recognize that their concerns are best protected and cultivated under a regime whose actions are governed by principles of commonality, equality, and fairness, a regime in which taking part in politics becomes a way of staking out and sharing in a common life and its forms of self-fulfillment. Democracy is not about bowling together but about managing together those powers that immediately and significantly affect the lives and circumstances of others and one’s self.”

The power influence of the transnational corporation dampens any idealistic notion that democracy is coming from the voices of the people. Momentous influence comes through the propagandist media message. The corporate economy dictates the parameters of the public debate. Trivia replaces the profound. Spending drives a lust for meaningless ingestion of poisonous consumption. The shaping of the popular culture is meant not just to dumb down the public but also to confer a normalcy for accepting the mundane. Rejecting the historic dialogue of the nature of man and the role of a just government is replaced with a diet of manufactured “dependency rights” and “entitlements“.

From Fugitive Democracy: Sheldon Wolin and contemplating the local, the following quote offers an insight on the nature of political apathy that relegates one to accept a mad culture which is devoid from reality.

“In the emerging political economy, Wolin discerns an “anti-political” movement that coordinates the corporation and the state in a drive toward Superpower—that is, “an expansive system of power that accepts no limits other than those it chooses to impose on itself” (p. xvi). As this ‘postmodern’ political economy tends toward Superpower, those in positions of authority demand a new form of citizen: the imperial citizen. Sheldon Wolin reminds us of American president George W. Bush during the tense moments after September 11th, 2001, who exhorted the people to show their citizenship through consumption: “unite, spend, and fly” (590). This pastoral concern by the president emblemizes the postmodern power of the political economy as it reconstitutes “civic culture” as a flattened plane detached from the dynamic structures of Superpower’s sovereign handle of world affairs. The best thing citizens can do is prove their patriotism by submitting to the authority of the established powers without a word of protest or difference (thus the encouragement to “unite”). Rather than spending unnecessary time and energy worrying about the changing shape of common life—of the networks that bind us to near and distant neighbors—the postmodern citizen faces the multiplicity of demands and choices available at the local Starbucks as she scrolls through the latest bids on ebay while listening to music on her iPod as she waits for the latest iTunes song to upload on her iBook. With so much to do, why worry ourselves with what our representatives are paid to do? This is the imperial citizen according to Superpower—a free-floating, apolitical subject, moved by the television pulse from the security of home to the perpetual satisfaction of shopping malls. “Superpower needs an imperial citizen,” writes Wolin, “one who accepts the necessarily remote relationship between the concerns of the citizen and those of the power-holders, who welcomes being relieved of participatory obligations, and who is fervently patriotic.” (565).”

The imperial citizen is truly a fool. The imperium that surrounds the disengaged participant in the latest escalation of self-imposed slavery, is the ultimate result of the corporate/state.

Hedges’ talent for ripping apart the corporate state in all its horror is well established. However, his clarion voice goes unheard in the corridors of real power. The economy dictates the marketplace that is available for sale. The advertisement is the message that is acceptable to believe. And the limits upon one’s ability to think and act rationally are controlled by the inverted totalitarianism that is of our own making.

Blaming external forces for all the ills of circumstances begs the issue. As long as passive individuals accept their subservient plight, the tyrants of the establishment culture will exploit the sheeple at every turn. Our unique existence justifies resistance to every form of tyranny that comes our way. Notwithstanding, this basic human and natural right; most citizens succumb to the mind meld of limited expectations.

The frightful consequences on the totalitarian society rest upon the shoulders of each person who refuses to challenge the system. Resisting immoral authority is your primary civic duty. Our avowed responsibility is to abolish the corporate/sate and global governance that enslaves the planet.

A disconnect of left leaning progressives, from the historic context of natural law principles, is a core reason why a coalition of anti establishment advocates fails. Common dreams must become practical beliefs. As long as the utopians refuse to accept the lessons and validity of genuine conservative philosophy, the divide and conqueror tactics of the despotic New World Order will continue.

The economic implosion of the last few years is undeniable. The consolidation of power marches on because ordinary people obey repressive authority. Sadly, the indifference towards one’s own self-respect is the prime result of the sick popular culture. The abandonment of Western Civilization is almost complete, but is not final. Totalitarianism is a crime against humanity. It is up to you to do your civil disobedient duty.