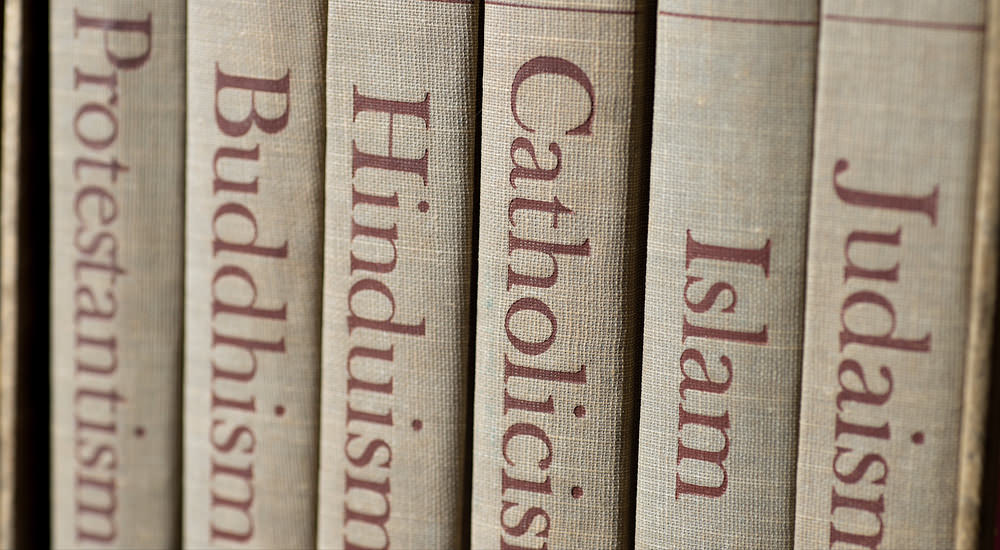 I often hear people say, “I’ve created my own religion”. Sometimes they’ll say, “I’ve combined the best parts of various religions” or something of that sorIf what they meant was that they have carefully studied the historical or scientific evidence, or have considered the logical and philosophical plausibility, that might be reasonable. But usually what they mean is, “I picked things that I think are pleasant to believe.” Sometimes they say this explicitly: “I like the idea about a loving God and eternity in Heaven, but I can’t believe in a God who would send people to Hell.” “I prefer to believe in a God who …” “I like to believe that …”

Would they say this about other subjects? “I’ve created my own history based on what I’d like to believe. The idea of Stalin having so many people killed is sooo unpleasant, so I don’t believe that ever happened. And I’d like to believe that the Europeans and the American Indians got along great together and lived in peace and harmony.”

That would be obvious nonsense. It is equally nonsense to suppose you can just invent a religion and that this religion would have anything to do with truth. It may be that there is no such place as Hell. It may be that Hell is very literally real. Whether it is real place or not is an objective fact. You can’t change that by wishing. It’s difficult to prove one way or the other, but that doesn’t make it any less true. It’s difficult to prove whether there is intelligent life on other planets, but there is or there is not. It’s objective fact, even if we have a hard time proving it one way or the other.</p>

Some people say that Heaven and Hell and angels and demons are all fantasy, so you can believe whatever you want. It’s not at all clear how that resolves the nonsense. If they are fantasy, than believing that they are real is simply factually wrong. You can’t believe whatever you want: the only accurate belief is that they do not exist. Likewise if they are real, then believing that they are fantasy is simply factually wrong.

People say, “You can believe whatever you want. If it makes you feel good, than that’s good for you.” Nonsense. Well, if you mean that people should have the legal right to believe whatever they want, of course. But believing something without evidence, just because the idea makes you feel good, is not rational. The fact that some belief is pleasant has nothing to do with whether it’s true.

When atheists and Christians debate, often an atheist will try to short-circuit the discussion by saying, “If that’s your religious belief, you shouldn’t look for evidence to back it up. If you had proof, it wouldn’t require faith.” I wonder if they expect that at that point the Christians will say, “Good point. We believe these things for no apparent reason, just because we think they’re pleasant to believe”. Then the atheist can go away smugly assuming the evidence is all on his side. Or maybe they sincerely believe this is how “religious people” think. Of course it would be nonsense. I’ve never seen the Christians fall for it: they generally ignore it and continue to discuss the evidence. (Not to say that no Christian has ever fallen for it.) I have faith in people or things that have proven themselves in the past, or that present a convincing case. Like I have faith that gravity works because I’ve seen it work thousands of times. Faith without evidence is just gullibility or wishful thinking.

I’m not going to get into evidence or arguments for or against any particular religious belief here. Because before we can even start to get into that, we have to agree that there is such a thing as truth and error, fact and fiction. If someone doesn’t agree to that, if they think there isn’t really any such thing as truth, or that truth is whatever they feel like believing today, or that “truth” applies to physics but not to religion, there’s no point even getting into the discussion.