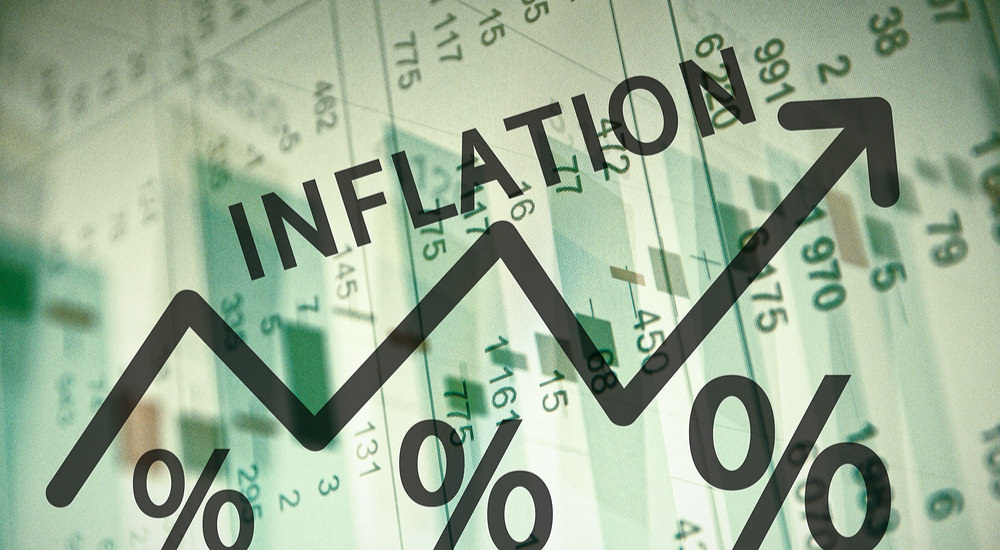 If you want to know what inflation really is check out the following link: http://data.bls.gov/cgi-bin/cpicalc.pl This is a link to an inflation calculator.  As you compare various dates with last year ( which the government says had no inflation) you will find some interesting results.  For instance, if you plug in 1999 you find that the dollar in 2009 would buy 1.30 worth of goods in 1999.  That means there was a 30% loss in the purchasing power of the dollar in ten years.  Divide 30% by 10 years and you have an average of 3% inflation every year for the last decade.

What rules for determining inflation were in place when the law was passed that made cost of living increases for Social Security recipients available?  Look at the table at http://www.socialsecurity.gov/history/briefhistory3.html#colas and see that 2009 is the first time in history that Social Security recipients did not receive an increase.  Doesn’t that seem somewhat odd? In 1972 was the method of determining inflation spelled out?  When the Boskin Commission changed the rules for determining inflation did Congress modify the 1972 law or simply assume any method the government chose would suffice?  If new methods are created to determine inflation what then becomes of the history of past inflation?

Like many undefined “problems” the problem of inflation is obfuscated by the politicians who don’t want to admit their deficit spending is a direct cause of inflation.  How does deficit spending lead to inflation?  When you spend more than you have this means you must either borrow or print money.  With the amount of spending the government has executed borrowing is exhausted.  This leaves only printing of paper money.  Whenever there is too much of an item on the market ( i.e. supply exceeds demand) the price of that item deteriorates.  That means its value drops. If money is worth less then it takes more money to buy what previously fewer dollars could buy.  This is demonstrated quite conclusively by way of the inflation calculator mentioned above.

So it makes sense that to increase the value of paper money the amount in circulation must be reduced. As money becomes more dear it becomes more valuable.  A rare edition of a dollar bill is worth more than one of mass circulation.  Likewise dollars that are hard to come by because of the amount in circulation are more valuable than those that are simply circulated by massive amounts of printing.  The Continental, The Confederate dollar, the Zimbabwe dollar all deteriorated to worthless by way of the government printing too many dollars.  Governments on the whole all attempt to spend as much as they can to pander and influence voters and retain power.  This tendency motivated by the politician’s desire to gain and exercise power is the result of a philosophy that clings to altruism as its code of ethics.  Altruism requires sacrifice as its central tenet and there is no profession that promotes sacrifice more than current day politics.  This is true for most countries and each of these countries claim a mystical basis for their founding, existence and justification for sacrifice.  Sacrifice is required of the citizenry, the military, and everyone and everything except the politician who is the spokesperson for sacrifice but not the participant.  The number of millionaires in politics is easily verified.  The fact that they produce nothing and often gain fortunes after election reveals their view of personal sacrifice.  When the recession hit, most people tightened their belt, saved and cut back on expenditures.  The politicians went on a spending spree.  Any voter who doesn’t see this method of exploitation and sanctions it by repeatedly voting for proven political failures has no one to blame for the conditions he or she will endure.

Inflation is the enemy of stability of the money supply and the government is the engine that cranks it up and keeps it going.  It is the bomb that has destroyed country after country once the government generated inflation to the level it becomes uncontrollable.  It is a far greater danger than some bearded mystic hiding in a rock pile in Pakistan or an incompetent pawn trying to blow himself up on an airplane.  The terror of inflation is far more widespread, has an impact on far more people and can blow up the entire country as prices rise so fast people spend their pay as soon as they get it and there is no store of value.  Hunger and homelessness become rampant, diseases spread, nothing is produced and civilization returns to primitive survival.  This is the terror we should be fighting and the terrorists are the politicians who refuse to recognize their role in creating and fostering inflation.

Too many people cannot fathom that evil can be in the hearts of those who pompously shout they are looking out for us.  Evil is the ignoring of the facts and the acts that will ultimately destroy the country.  The Founding Fathers fought tyranny from abroad.  The Revivers if America is to be revived, must fight the tyranny within, imposed by politicians who deceive the public they are elected to protect.  Voting in lock step for a vast expansion of government powers and debt is a cowardly unexamined ( by them) route destined to fail and take those of us paying for this travesty along on a path to destruction.  The American people would gather on the Capital steps in loud opposition if they understood how wicked and irresponsible our politicians have become.  Most Americans cannot fathom such evil as deliberate and ignored.