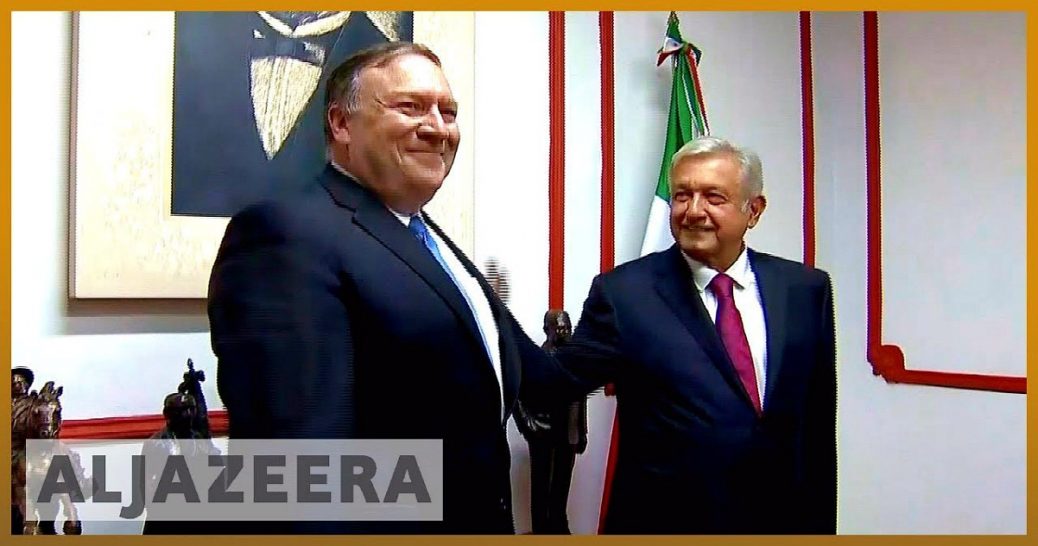 This columnist waited several days to see if the ‘main stream media’ MSM, would release this very important story that makes President Trump look good. They would NOT publish this. No surprise. So here it is.

President Elect of Mexico, Andre Manuel Lopez Obrador, who will take office December 1st, sent a seven page letter to President Trump this month regarding a new relationship between Mexico and the U.S. Mr. Obrador has already talked with President Trump on the phone with a follow up by our terrific Secretary of State, Mike Pompeo who visited him to begin opening lines of communication between the two countries.

The seven page letter Mr. Obrador sent to President Trump stating that his incoming administration’s aim is to start a new chapter in the relationship with Mexico and outlined his hopes of the two countries working together to improve security at the border and discourage Mexican migration.

Obrador stated in his letter that the incoming administration’s goal is to “start a new chapter in the relationship between Mexico and the United States based on mutual respect.”

Pompeo said that he and Obrador discussed how the two countries could advance common goals on economy, trade, as well as resolve border issues.

“I am encouraged by the fact that we both know how to do what we say,” Mr. Obador wrote in his letter, “and we both have faced adversity with success. We manage to put our citizens at the center and displace the establishment.”

Mr. Obrador singled out migration, economic development and security as the primary areas he would like to collaborate with President Trump. He believes economic development of Mexico and other Central American countries would improve conditions in those areas and dissuade people from believing they must flee flee to the U.S.

“My government is wiling to present to our congress, the initiative and budgetary proposal to contribute economic resources and experiences in this joint effort,” he wrote.

The president-elect also wants to jump start talks of a modernization of the North American Free Trade Agreement between the United States, Mexico and Canada. These talks began last year after Trump said NAFTA must be reworked to better suit America’s interest.

Last week, President Donald Trump said he had “very good discussions” with Mr. Obrador and may look at negotiating a separate trade deal with Mexico.

Now it can be seen why the so-called main stream media had desperately attempted to keep this quiet.  President Donald J. Trump is the ultimate president. He has accomplished more in his short time in office than all the other presidents that have occupied The Oval Office.

He has fulfilled every promise he has made so far. He is the only U.S. President to visit numerous heads of state and dictators and dialogue with them. He will not nor cannot back down. He is tough keeps his word and stands firm, something that puzzles the world since Obama appeared to work for the enemies of America. President Trump works for the American people.

He has stabilized the U.S. economy, has stood firm to those world leaders who expected him to back down, like Obama, who bowed deeply to Muslim leaders and actually apologized for America. (?)

The relationship between Mexico and America has been shaky…until now thanks to our elected president, put in the Oval Office by MILLIONS of voters.

The Democrat Communists constantly work to bring disrespect to our duly elected president, yet, thanks to citizen journalists and internet news services, the public receives TRUTHFUL news. Wherever you read this column you can trust the news on that site to give you an accurate account about what is REALLY going on.

The demoncrats hate it when Trump is recognized for doing what a president has sworn to do. They want to weaken, then overthrow this government to put America under Communist control. We won’t let that happen since Trump is our president, and most of the millions of people in the United States are armed and ready to lock and load.