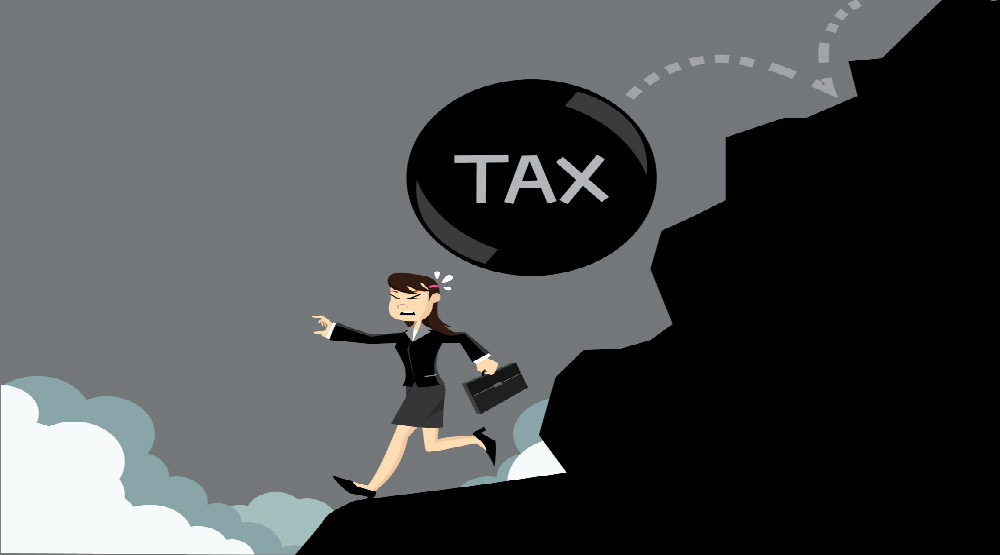 “Nothing can be said to be certain, except death & taxes.” – Benjamin Franklin

As an accountant, I was required to take several classes in Tax Law to get my degree. I realize that most Taxpayers are not aware of how the “April 15th ‘Horror Show” came about.  Let me give you a tour of history.

First, I must preface my comments by remembering the first thing my professor emphasized during every one of his lectures:  “The Income Tax Act” was also the first “FULL TIME EMPLOYMENT ACT FOR ACCOUNTANTS AND ATTORNEYS”.

What does that tell you?

Our Constitution specifies Congress’ power to impose Taxes, Duties, Imposts & Excises”. Unfortunately, Congress has also involved the “Necessary & Proper Clause “ to justify their continual changes to what is considered Income by the nefarious IRS – and what may be used as a legitimate Deduction.  This part of the law is purely political – and yes, it favors certain segments of our society.

Our Modern Income Tax began with changes implemented in 1909:

In 1916, the Supreme Court upheld the right of Congress to impose this tax because the 16th Amendment gave Congress the power to levy this tax.

Since the term “Income” is not defined in the Internal Revenue Code, Congress has used the term “Gross Income” in their dictates –

which includes gains, profits, and any income derived from salaries, wages or compensation for personal service (including personal service as an officer or employee of a State, or any political subdivision thereof, or any agency or instrumentality of any one or more of the foregoing), of whatevcer kind and in whatever form paid, or from professions, vocations, trades, business, commerce, or sales, or dealings in property, whether real or personal, growing out of the ownership or use of or interest in such property, also from interest, rent, dividends, securities, or the transaction of any business carried on for gain or profit, or gains or profits and income derived from any source whatsoever.”

If I remember, it was the Tax Issue that led us to revolt against the British in 1773. Following the revolution, we were understandably cautious when it came to taxation.  We enforced tariffs and duties on certain items [liquor, & tobacco, for instance – which also incorporated a social agenda.]  Could the current Tax Code also be influencing a social agenda?  How about credits for Solar Panel installation?

Throughout the history of the IRS – and the Tax Code, various deductions have come into and out of favor – depending on the administrations’ leaning – usually influenced by lobbyists – and the elite who always seem to benefit the most!

The Whiskey Rebellion – protesting these taxes, burned down tax collectors homes and tarred and feathered any collectors too slow to get away. Congress put down this revolt through military force.

The Civil War was terribly expensive, and we incurred massive amounts of debt. So the first actual tax imposed on Income was levied on amounts greater than $800.  I’m told the tax was progressive, and some deductions were allowed.

The 16th Amendment was introduced in 1913 to pave the way for this Income Tax – saving the poor folks in the IRS from the unemployment line.  The Tax Law that followed imposed the tax on income over $3000.  It affected less than 1% of Americans.  Then the phrase “lawful income” was changed to “income” in 1916, to enable the prosecution of Al Capone.

World War I saw the increase in tax rates and a reduction of deductions. Now 5% of Americans were contributing to the Federal treasury.  Additional taxes were introduced for estates and excess business profits.  When these taxes were rolled back following the war, the economy experienced a huge boom. The government took in $6.6 Billion in 1920, despite lowering taxes.  The 1929 crash caused these revenues to fall to $ 1.9 Billion in 1932.

The Revenue act of 1945 rolled back $6 billion in taxes. Social Security and an expanded government kept them from going much lower.  The highest tax rate was 80%.  “Pay as you Go” – the Withholding system, guaranteed a never-ending supply of funds for government spending.

Changes, at this time to the tax code focused on allowing certain deductions (in certain circumstances) – or lowering rates on some private foundations. This caused the “Explosion in Tax Loopholes” that many of us complain about today.  Did any of us read the fine print?  Could we translate it, even if we could read it?  Obviously, Donald did!

Taxation turned the tide during Reagonomics. The Economic Recovery Tax Act of 1981 lowered individual tax rates in all brackets by 25%, changed the way companies accounted for capital expenditures, and encouraged investment in equipment.  As a result of these measures (and more), the IRS announced that in 1985, more than 400,000 Americans had reached the millionaire rank thanks to the high-level tax cuts under Reagonomics.  In 1986 the top tax rate was again lowered from 50 to 28% and corporate taxes were cut from 50 to 35%.

But then……the increase in the size of government continued to be burdensome to say the least. Clinton comes into office and Americans saw the introduction of NEGATIVE INCOME TAX.    It was a hidden spending program, whereby people would get funds thru our tax system in the form of tax credits.  It exists to this day!

And during the Bush administration, he dialed back the trend toward tax increases – BUT – continued to increase the tax credits that lead to negative income tax. That’s how folks can get refunds – above and beyond what taxes they have paid in.

Now – we have a Democratic government intending to further expand Medicare, Medicaid, Healthcare, a free education for all, each one expected to strain and drain the resources of all social programs. The bills must be paid – and we the people will end up paying them.

We can fight back. Change the Tax Code – Simplify it.  Change the members of Congress that advocate for more of the same.  Change our leadership.

Get ready for April 15th. Vote in this election!  (And don’t forget to say your prayers)