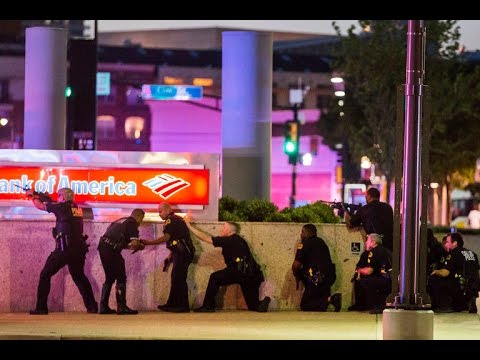 The President of the United States stands before a microphone and proceeds to act as if he is disappointed with the death of police officers and encourages that nothing be done about it. After all he intones, black lives matter.

The press will dutifully spin all incidents and response to pull a rabbit out of the hat named “more gun control over law abiding citizens”. Another leap will be the dismantling of the Second Amendment and serious breaches of the First Amendment. After all, free speech is only for the offended and “victimized” and their “legitimate” protests.

I am always amazed at the wordings used. What about the truth – like – Hordes of violent black youths blatantly defy laws and close key transportation routes while Police do nothing.
Or – Illegal immigrants and welfare recipients rebel and use illegal weapons to murder one another in support of the gang to which they belong.

I’m waiting for the headline – White neighborhoods take up arms against roving gangs of illegals who rape and murder and rob in the mistaken understanding that nothing will be done. 250 illegals caught in the crossfire are dead with hundreds more injured. No arrests are made and no weapons confiscated.

You do realize that we are headed in the direction of having to tend to our own protections while the politically correct establishment sides more and more with the law breakers.

Are you prepared to protect your family, your friends, your neighborhood? Get ready, that stench you smell is the rot that leads to martial law.