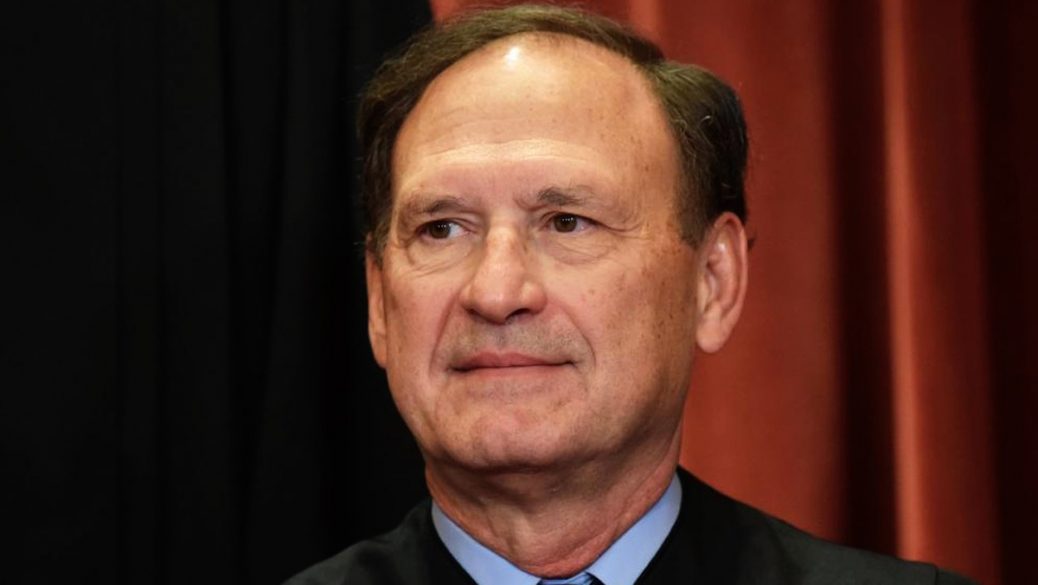 On Friday, in his opinion overturning New York’s strict gun restrictions, Justice Samuel Alito torched the left-wingers on the court for their empty reasoning.

On Thursday, the high court knocked down a New York State law that forced citizens to prove they had “need” for a concealed carry permit. The court ruled that this requirement was an undue burden on law-abiding citizens and unconstitutionally restricted their Second Amendment rights.

Justice Clarance Thomas wrote the majority opinion explaining how the Second Amendment was a first-class right and not one that governments can play games with at will.

Naturally, the three liberal judges who wrote their dissenting opinion were facile and foolish in their effort to disprove the majority. Their meanderings were mostly irrelevant to the actual decision at hand.

Justice Alito wrote his own opinion of the gun issue and took particular aim at the leftists and their idiotic prattling.

“Much of the dissent seems designed to obscure the specific question that the Court has decided,” Alito jabbed.

Alito went on to provide a “succinct summary of what we have actually held.”

In District of Columbia v. Heller, 554 U. S. 570 (2008), the Court concluded that the Second Amendment protects the right to keep a handgun in the home for self-defense. Heller found that the Amendment codified a preexisting right and that this right was regarded at the time of the Amendment’s adoption as rooted in “‘the natural right of resistance and self-preservation.’” Id., at 594. “[T]he inherent right of self-defense,” Heller explained, is “central to the Second Amendment right.” Id., at 628. Although Heller concerned the possession of a handgun in the home, the key point that we decided was that “the people,” not just members of the “militia,” have the right to use a firearm to defend themselves. And because many people face a serious risk of lethal violence when they venture outside their homes, the Second Amendment was understood at the time of adoption to apply under those circumstances.

Alito also noted that the “exhaustive historical survey” proves their points quite well.

Then he blasted the liberal dissenters:

In light of what we have actually held, it is hard to see what legitimate purpose can possibly be served by most of the dissent’s lengthy introductory section. See post, at 1–8 (opinion of BREYER, J.). Why, for example, does the dissent think it is relevant to recount the mass shootings that have occurred in recent years? Post, at 4–5. Does the dissent think that laws like New York’s prevent or deter such atrocities? Will a person bent on carrying out a mass shooting be stopped if he knows that it is illegal to carry a handgun outside the home? And how does the dissent account for the fact that one of the mass shootings near the top of its list took place in Buffalo? The New York law at issue in this case obviously did not stop that perpetrator. What is the relevance of statistics about the use of guns to commit suicide? See post, at 5–6. Does the dissent think that a lot of people who possess guns in their homes will be stopped or deterred from shooting themselves if they cannot lawfully take them outside? The dissent cites statistics about the use of guns in domestic disputes, see post, at 5, but it does not explain why these statistics are relevant to the question presented in this case. How many of the cases involving the use of a gun in a domestic dispute occur outside the home, and how many are prevented by laws like New York’s?

The dissent cites statistics on children and adolescents killed by guns, see post, at 1, 4, but what does this have to do with the question whether an adult who is licensed to possess a handgun may be prohibited from carrying it outside the home?

Alito noted that the ruling does not expand the classes of people who may have guns, so he couldn’t see what the point of the dissenters was.

He also blasted them for bringing up how many Americans have guns today.

“The dissent cites the large number of guns in private hands—nearly 400 million—but it does not explain what this statistic has to do with the question whether a person who already has the right to keep a gun in the home for self-defense is likely to be deterred from acquiring a gun by the knowledge that the gun cannot be carried outside the home,” he wrote pointedly.

Alito also amusing pointed out that the liberal justices decried the number of guns in America that they think is making America unsafe, yet, “the dissent appears not to understand that it is these very facts that cause law-abiding citizens to feel the need to carry a gun for self-defense.”

Alito added that the very fact that Americans need to protect themselves was made impossible by the law the majority struck down as unconstitutional.