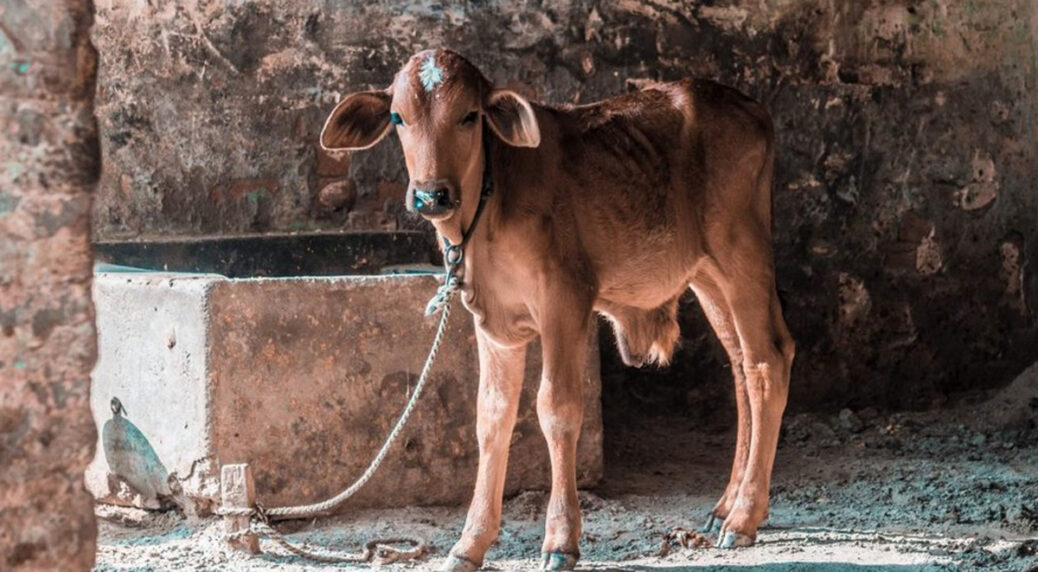 Last week, a Detroit area town’s Muslim dominated city council passed a law that allows animal sacrifice. Anyone can slit the throats of sheep or goats within the city limits as a sacrifice to Allah.  The animal suffers a horrible death as it bleeds out until it dies.

U.S. News reported, “This is when Muslims recognize Abraham sacrificing a sheep instead of having to sacrifice his son,” Walid said, referring to the passage in the Quran and Old Testament.  Hamtramck residents will be required to notify the city, pay a fee and make their property available for inspection.  Hamtramck has a population 28,000. More than half of the residents are of Yemeni or Bangladeshi descent.”

That kind of activity remains an aspect of the 6th century, of illiterate tribesmen, and of a religion that sacrifices women in “honor killings” into the 21st  century.  Not  only that, that religion practices horrific killing of animals via “Halal” meat.

Whose bright idea was it to bring the Dark Ages into America where women have less value than a goat? Why must little girls suffer female  genital mutilation?  Why allow a religion where women’s rights are zero in a male dominated religious society?

Where are the People for the Ethical Treatment of Animals?  Where are the Humane Society people? Where is ASPCA?  Michigan Animal Cruelty Society? Where are all the animal rights people?

My journalist colleague Fred Elbel in Denver visited a store with Halal meats, “I recently experienced a rather disgusting encounter with the cult of multiculturalism and their dissolute corporate profiteers.

“Under the false impression that Whole Foods carries top quality products, I recently purchased several Safron Road frozen dinners. Back home, I fortunately caught the fine print “certified Halal” warning label, which allowed me to avoid ingesting this filth. I complained to store headquarters and received a terse response saying that they emphasize “product quality”.

“For those who are uninformed, “halal” means that the animal must be butchered under conditions of extreme cruelty. The animal’s throat is slit, and it is strung up upside down to bleed out while it is still alive and conscious. Islamic religious chants must be issued while the animal suffers an excruciating death.

“Sadly, FDA does not mandate that halal-certified foods sold in America are in fact labeled as such.

“It is inconceivable to me that American stores are carrying meat and food products from animals killed in this manner. Anything for a buck, I guess. I won’t be frequenting those stores.”

Whose bright idea was it to import this kind of barbarism into our country?  Was it Congress?  Who in Congress?  Why?

Today in 2023 America, we see over 1.0 to 2.0 million cases of female genital mutilation by our 4.0 million imported Islamic followers.  The procedure cuts out the genitals of the woman.

According  to Department of Homeland Security, we have 23 to 27 honor killings annually in the USA from our Muslim immigrants.  This is killing nightmare that is truly before the Dark Ages all the way back to the 6th century when that murderous, illiterate tribesman Muhammad cut peoples’ hands off, raped little girls and killed women at will.

The United Nations documented that Muslims honor kill 5,000 to as many as 20,000 women annually for dishonoring their husbands or family.  How sickening is that?  How disgusting?  How barbaric?  Well, it’s here in the United States in 2023!

Honor Killings – Justice Speakers International reports: “Honor” Killings According to the United Nations, it is estimated that globally there are 5,000 murders called ‘honor killings’ every year. Women’s advocacy groups have estimated the number of victims is closer to 20,000 annually because many of these murders are covered up as accidents or suicide (Source: Honor killings.  www.justicespeakersinternational.com)

That’s the narrative that is used to justify these brutal attacks on women and girls, but here are the facts:

The only reason for these honor killings in Western countries stems from the fact that they imported Muslims into their countries.  These immigrants are using the U.S. Constitution to install Sharia Law, which is barbaric, backward and deadly to women, animals and all humans.

We need to ask ourselves if our Western Culture is worth preserving? Do we want barbaric Sharia Law in America?  Can we afford to keep importing these barbarians into our midst?  As their numbers grow, as they have in Europe, Western countries are losing to this form of savagery.  What can we do to ban all Sharia Law in America?

As a first world country in the 21st century, how much further can we degrade our society back to the 6th century?  How can we allow “animal sacrifices”?  How can we tolerate Halal suffering of animals? How can we tolerate female genital mutilation?  How can we accept honor killings within our civilization…and still pretend that we are an advanced society with morals, ethics, humane treatment of animals and women?  Today, in 2023, we can’t!