The Most Important Issue? Lobbyists and Politicians Corrupt Collusions 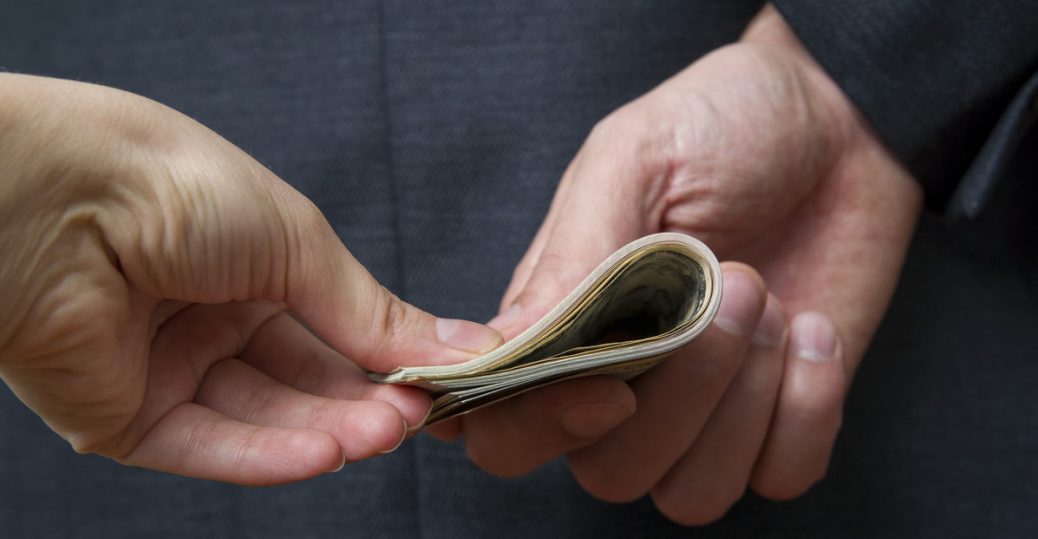 A pivotal component of the process that manipulates the legislative cover that claims to be representative federalism is the consortium of influential pressure and bribe distributors that populate the lobbying capital of the planet, K Street. This group of ex elected officials, shyster lawyers and con artists make up the revolving door of access and sway that keeps the DC Scalawag Culture Preserves Scoundrels alive and expanding. Corporatist Lobbying Replaced a Free Market long ago. The Camelot dream has become the granddaddy of all extenders.

For the updated version of JFK’s Inaugural Address in the era of transnational political ascendancy in the Totalitarian Collectivist un-commonwealth state, take heed. Read between the lines to gauge the new normal.

Let every Citizen know, whether it wishes us well or ill, that we shall pay any price, bear any burden, meet any hardship, support any friend, oppose any foe to assure the survival and the success of Corporatist Control.

To those subservient states whom we welcome to the ranks of the New World Order, we pledge our word that one form of colonial control shall not have passed away merely to be replaced by a far more iron tyranny. We shall not always expect to find them resisting our view. But we shall always hope to find them strongly supporting their own dictates-and to remember that, in the past, those who foolishly sought power by riding the back of the tiger ended up inside.

To those peoples in the huts and villages of half the globe struggling to break the bonds of mass misery, we pledge our best efforts to help them serve our interests, for whatever period is required–not because the communists may be doing it, not because we seek their votes, but because it is our right to rule. If a globalist society cannot exploit the many who are poor, it cannotprotect the few who are rich.

To our sister regimes south of our border, we offer a special pledge–to convert our empty words into nefarious deeds–in a new alliance forcorporate service–to assist captive men and controlled governments in casting off the chains of abundance. But this peaceful revolution ofacquiescence cannot become the prey of hostile powers. Let all our neighbors know that we shall join with them to oppose liberation or self-determination anywhere in the Americas. And let every other power know that this Global Empire intends to remain the master of its own world.

To that world assembly of subservient states, the United Nations, our last best scheme in an age of deception where the instruments of debt have far outpaced the instruments of prosperity, we renew our pledge of support–to prevent it from becoming merely a forum for newspeak–to strengthen itsdominance of the new and the weak–and to enlarge the area in which itsrule may run.

Finally, to those nations who would make themselves our adversary, we offer not a pledge but a guarantee: that opposing factions begin anew their surrender  for coexistence, before the NWO powers of destruction unleashed by science destroys all opposition to our planned universal self-destruction.

The fairy tale of JFK’s world is forever gone. The corporate corruption environment that fuels the lobbyists’ machine would make Jack Abramoff proud. The Hill points the finger squarely at GE who reaps unconscionable Tax extenders a lobbying bonanza from the latest taxpayer abuse passed with overwhelmingly bipartisan support by the House of Representatives.

“Almost 300 of those K Street officials lobbied specifically on a tax break known as the active financing exception, a preference that expired at the end of 2013 and allows financial services companies to defer paying taxes on profits made abroad.

General Electric, the study says, was among the most persistent company lobbying for the break – perhaps not surprising, given that GE has said its tax bill will rise significantly without the exception.”

Reform organizations from the socialist left to the Tea Party right share a common interest. Stop the rip off, which is perfected by the unaccountable corporate criminals. TAX EXTENDERS = TAX LOOPHOLES  presents the latest documentation on CORPORATE LOBBYING ON TAX EXTENDERS AND THE “GE LOOPHOLE”.

Remember that GE is the primary beneficiary of the fraudulent industrial wind scam. The PTC is but one of many taxpayer subsidies for a dishonest crew of snake oil prevaricators, who routinely lie about the tangible production energy from turbine machine factories that actually consumes and uses real electricity when the wind is lacking.

“The legislation would extend nearly $10 billion in energy tax credits, with the extension of the 2.3-cent per-kilowatt-hour wind production tax credit making up the bulk of the energy spending with an estimated cost of nearly $6.4 billion, according to a bill summary.

Still, the House move drew criticism from the wind industry and environmental advocates, who said the industry needs a multi-year extension, such as the three-year phase-out that was suggested as part of a Senate tax extenders deal the week of Nov. 24.”

The privileged and protected subsidies, political favoritism and permitting preferential treatment are a hallmark of a crooked system that corporate lobbyists promote. Bribes are the mother’s milk of extending the rules as a reward for payoffs.

Congressional leadership in both parties has proven a miserable failure for decades. Electing replacements for incumbents disappoints the electorate all the time. Nostalgic memories of administrations where history is kind are usually written by interests who are defending the myth of a righteous system that never really existed.

However, there are few attempts in today’s overt sleaze surroundings to separate appearance from deeds. When the excuses why reform delays mount up after dozens of election cycles, it is best to face reality and admit that the modified words from the JFK inspiring speech is closer to existent fact.

Favorable government decisions are bought by powerful interests as their K Street lobbyists grease the skids of uninterrupted governance interference. De Facto and retroactive deals undermine public confidence that sunset laws would even be honored.

When separate and often conflicting legislation is bundled together to be pushed through in lame duck sessions, the meaning of election consequences blur. TheText of the Tax Increase Prevention Act of 2014 is a disgrace.

Radical Reactionary readers know that the GOP has no real conservative principles or guts to close the door on the corporatists. The essay, House Democrats Sell Out And Back GOP Tax Extenders Bill– So Why Should Anyone Vote For A Democrat, concludes “All that Democratic support in the House makes it more difficult for any grouping of principled Democrats in the Senate to kill this travesty.” The lobbyists know that Business as Usual still operates.