The Impact of Recreational Marijuana Legalization 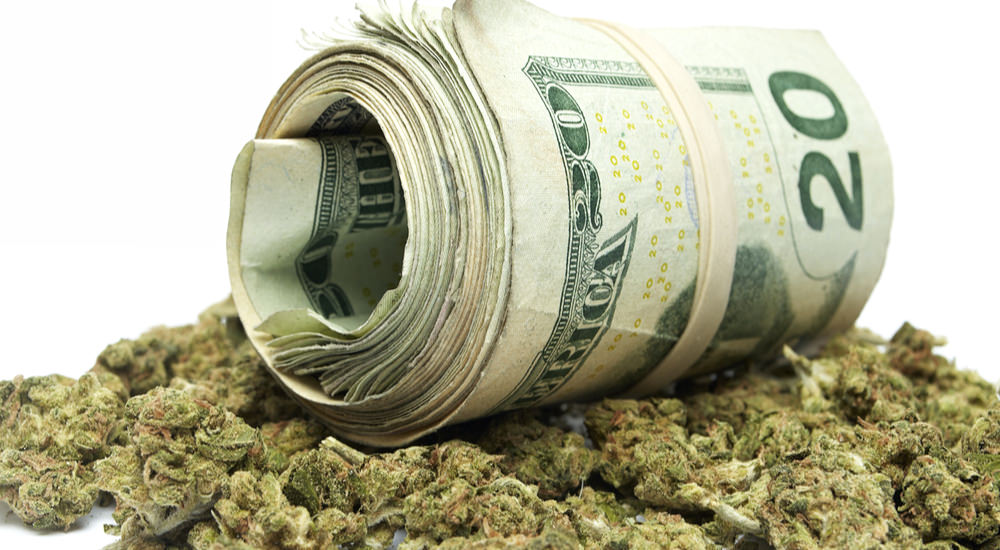 “A departure from principle becomes a precedent for a second; that second for a third; and so on, till the bulk of society is reduced to mere automatons of misery, to have no sensibilities left but for sinning and suffering …” (Thomas Jefferson)

◊ Possession, sale, or use of marijuana – medically or recreationally – is illegal under federal law, The Controlled Substances Act. That fact notwithstanding, the Justice Department has not challenged ANY of the 25+ states that have legalized marijuana, either medically or recreationally.
Find.Law “Medical Marijuana: an overview”
USA Today, 1/6/14. Lee, Jolie and Gelles, Karl. “Which states have legalized marijuana?”

◊ Medical marijuana has been legal in California since 1996, and is currently legal in 25 states and the District of Columbia. Recreational marijuana is legal in 4 states and is on the November, 2016 ballot to be approved in 5 more states.
Wikipedia. “Medical Cannabis in the U.S.”
CNN Money. “Where Pot is Legal”

Beginning in 2014, Colorado and Washington became the first states in the US to legally sell recreational marijuana. Some of the effects of that action – pro and con – are as follows.

◊ Colorado’s and Washington’s state governments have collected a large amount of money from the sale of recreational marijuana. In Colorado’s fiscal year ending June 30, 2015, state taxes and fees on marijuana raised over $135 million, on almost $1 billion in total sales. This was an increase of 78% from the previous year. Recreational marijuana sales in the state of Washington raised a comparable amount of profit for the state.
Fortune Magazine, 2/11/16. Huddleston, Tom Jr. “Colorado’s legal marijuana industry is worth $1 billion”

◊ Legalizing marijuana did not stop black market sales. 30% of the marijuana sales in Colorado and 70% of the sales in Washington are from illegally selling the drug on the street. The black market continues because legal pot is usually 50% to 250% cheaper, due to the high state taxes imposed on legal marijuana.
Colorado Public Radio, 3/8/16. Estabrook, Rachel. “Colorado better than Washington at tamping down pot black market”

◊ Oklahoma and Nebraska have filed a lawsuit against Colorado, alleging that its legalization of recreational marijuana is making it more difficult to enforce their state drug laws.
Washington Post, 1/8/15. Schwarz, Hunter. “Two states have sued Colorado for legalizing marijuana, but it doesn’t look like any more will join”

◊ Marijuana use by Colorado minors has slightly decreased to 22%, a rate lower than the national average, and approximately the same percentage as minors who regularly binge drink.
Healthy Kids Colorado Survey, 2015. “Marijuana Use Among Kids in Colorado”

◊ 30% of a surveyed group of newly-arrived homeless in Colorado shelters stated that they moved to the state because of legalized marijuana.
CBS News, 12/24/14. “Legal marijuana drawing homeless to Colorado”

◊ The recent number of drug-related deaths in Colorado has doubled, making them among the highest in the nation. None of these were from marijuana, but from prescription drugs and heroin.
ABC News, Denver, 2/5/16. Gonzalez, Brendaliss. “Colorado drug-related deaths increasing at epidemic proportions”

◊ The alcohol industry in Colorado fought against legalizing marijuana, fearing it would cut into its profits. But the purchase of alcohol has increased since legal pot was approved, and both industries now work together and support each other’s growth.
The Guardian, US Edition, 3/31/15. Keyes, Scott. “Alcohol sales get higher after weed legalization, contrary to industry fears”

After two years of legalized marijuana sales, the amount of money pouring into Colorado and Washington government coffers is large and growing. It is the envy of many other states who want to approve the same course of action. A number of alarming, social/health side-effects of legal marijuana are starting to surface, but the information is inconsistent and drowned out by the excitement over additional revenue. The drug-legal states do not have strong, independent oversight committees that are accepted as the ultimately reliable go-to organization for unbiased facts regarding the impact of legalized marijuana.

In 1872, a German scientist known as Heinzmann, actually performed the experiment that has become a proverbial metaphor. He placed a frog in gradually heating water to see if its happiness at being immersed in water would result in ignoring the warning signs of its pending demise, and staying in the water until it cooked. It did.

Marijuana-legal states are happily immersed in larger-than-expected revenues. As a result, reports that warn of serious social/health side effects – present and potential – are paid minimal attention. This could lead to serious problems in the near future. Compounding this problem is the difficulty of getting reliable facts because Pro and Con sides of the marijuana legalization issue are presenting radically different data. Any state that legalizes marijuana would greatly benefit by using some of the revenue to establish permanent, independent, fact-finding committees. These committees’ sole job would be to impartially track, record, and publicly share the impact of drug legalization on all facets of the State’s life.

Be careful what you wish for!

“Love of money is the root of all evil.” (The Bible)