The Immorality of Desperation that is Islam 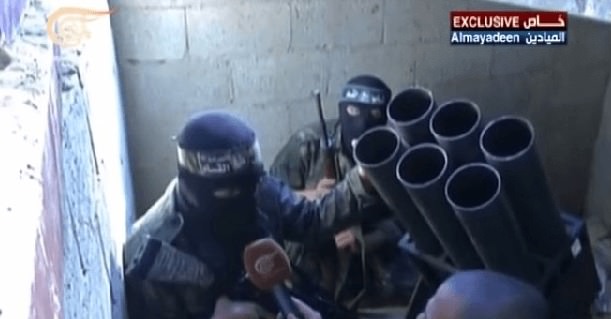 If a person or group has confidence they can sell an idea through persuasion they focus their efforts on telling their story and wait for the voice of reason to infiltrate the minds open and willing to consider their case. If they are successful there is no violence or bloodshed but a peaceful conciliation of the new idea voluntarily accepted.

This is the method and result in the business world. Those who have a good idea and market it successfully convince customers to pay for the goods or services by voluntary consent. Those who cannot successfully market their idea risk only their resources and if they go broke they have to realize there is something wrong with their approach. Only those whose proposal is rejected by consumers must suffer for their inability to predict the future market conditions. This harms no one except those who voluntarily assume the risk.

This is a moral and proper way to live.

On the other end of the scale, particularly in the political arena, are those who use a different approach to instill and propagate their idea of how things should be. People intent to force people to behave in a certain manner try to get their wishes enforced by law and if this is rejected by the law making body they resort to vigilantism. They are not interested if there is opposition or in a method of voluntary acceptance. They assume their idea is mandatory for all. And when this idea is ultimately rejected voluntarily they resort to desperation and guerrilla warfare.

Throughout history every movement that failed to inflict irrational unjust control over human beings followed this pattern.

Today we see the continuation of this method and fanaticism in the Middle East. Hezbollah is composed of individuals intent on eradicating Israel, intent on the enforcement of Islamic law and since they have not chosen to be inventive and productive, they must necessarily revert to desperation. Desperation ultimately leads to suicidal policies. The Kamikaze pilots of Japan resorted to suicide in an act of desperation. They knew that they could not match the military power of the allies and fanatical terrorism was all they had to turn to. Likewise in Lebanon Hezbollah reached a point where they realized they are ineffective as a minority component of the government. They also realize that should they gain the stature of Hamas in Palestine, the world would reject their prominence and being backed into a corner, they act as all desperate failures must, resorting to a suicidal attack on Israel. Hezbollah can claim victory simply by surviving to rise again. But this” victory” is a sham that will at best create another confrontation in the future. Much like a chess player with an ineffective piece scrambling from corner to corner, these terrorists can only initiate and run for cover. What they represent is not a coherent ideology that people can live by but a series of irrational demands that requires adherence to faith based dictates derived from ancient bromides and incompatible with human rights and happiness. Their promises of the glory of an afterlife is a myth that they cannot verify, is impossible to prove and cons innocent individuals into sacrificing their lives for a promised grandeur that cannot be delivered. They take away the only lives their followers will ever have and to compensate they tell them they will get a better life after they die. Since the ignorant they recruit don’t ask for verification and are willing to take their promises on faith, they find fresh blood to spill more blood.

It is this knowledge the followers need to acquire and reject.

Talking about land exchange and acquisition is not at the heart of the conflict. The land is only a place to base Katusha rockets close enough to be effective weapons of terror and destruction. The heart of the conflict is the absence of a willingness to live in close proximity without initiating aggression. This is a moral principle evidently absent in Islam.

Respecting private property and a nation’s borders are vital for peace and stability for any neighboring people. If this concept was mutually accepted there would be no conflicts of the kind we are witnessing. But what side is rejecting any recognition of this moral principle and what superpower is timidly and erroneously thinking some bribe or trade will reduce tension ( at least until the American election is over ). Every time the mention of a terrorist war arises there is a politician somewhere talking about the length of time that is required for a solution.

It is not a matter of time.

It is a matter of recognizing moral principles, confronting facts and outlining clear consequences of unacceptable aggression. This is no time to embolden the desperate by accommodation and appeasement. It is time to recognize that desperation must be recognized as the fringe of defeat and overwhelming force should be threatened and implemented if there is no reconsideration of the tactics employed by aggressors.

It is not a time to coddle the immorality of desperation.