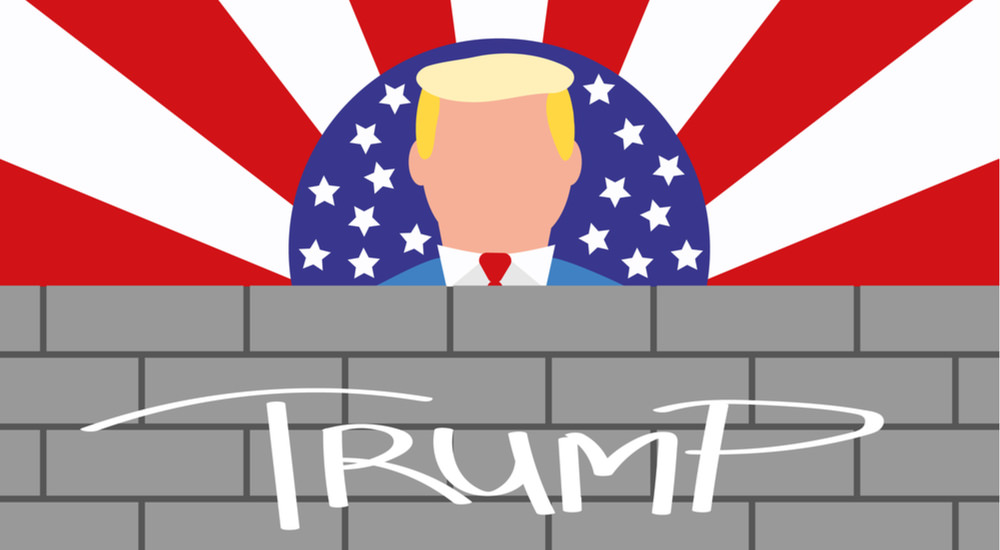 “We’ve gotten reports of people being detained all over the country,” said Becca Heller, the director of the International Refugee Assistance Project. “They’re literally pouring in by the minute.”

Numerous reports of students attending American universities who were blocked from returning to the United States from visits to their home countries. Human rights groups reported that legal permanent residents of the United States who hold green cards were being stopped in foreign airports as they attempted to return from funerals, vacations as well as their studies abroad. There was widespread condemnation of the order, from religious leaders, business executives, academics, and several political leaders, both Nationwide and worldwide.

Too many of the Trump supporters they are stating that these bans were not religious, but country based. The issue with that is the predominant religion in each of the countries is Muslim. The other even larger issue is the fact that specific Muslim countries were left off the list due to having some private business association with the Trump brand.

The president’s order, enacted at 4:42 p.m. Friday, suspended entry of all refugees to the United States for 120 days, barred Syrian refugees indefinitely, and blocked entry into the United States for 90 days for citizens of seven predominantly Muslim countries: Iran, Iraq, Libya, Somalia, Sudan, Syria, and Yemen. This is not a protection of America, it is a blatant act of aggression and bullying by the President in conjunction with giving America a reputation of being the school yard bully once again.

“What I do for this country? They put the cuffs on,” Mr. Darweesh said. “You know how many soldiers I touch by this hand?” The other man the lawyers are representing, Haider Sameer Abdulkhaleq Alshawi, who was en route to Houston, was released Saturday night. “I was very scared. I was 100 percent sure I wasn’t coming in,” he said. “I saw people being sent back.”

These are not words that any person who ever comes to the shores of America should feel. In New York Harbor we have Lady Liberty that for decades has welcomed immigrants from all walks of life, all countries, all nationalities and religious backgrounds. Donald Trump has destroyed that welcome for the small population of racist and bigoted still alive in America.

Give me your tired, your poor, Your huddled masses yearning to breathe free, The wretched refuse of your teeming shore. Send these, the homeless, tempest-tossed to me, I lift my lamp beside the golden door!

President Donald Trump has issued an executive order for an “impassable physical barrier” to be built along the US border with Mexico. Mr. Trump said in a TV interview with ABC News that Mexico would “absolutely, 100%” reimburse the US for his wall.

But Congress would have to approve funding for the structure, which is estimated to cost billions of dollars.

President Trump spoke of a “crisis” on the southern US border as he signed the directives during a ceremony at the Department of Homeland Security on Wednesday. The orders also called for hiring 10,000 immigration officials to help boost border patrol efforts. “A nation without borders is not a nation,” he said. “Beginning today the United States gets back control of its borders.”

Actually today, America is in disarray and is on the road to creating much conflict, more divisiveness, and hatred around the world towards the American citizen. America cannot afford to be isolationists, and that is the only way after the latest fumbles by President Trump, that America will be secure that it’s citizens are safe.

15 ‘alternative facts’ Donald Trump and his team claimed in his first week in office.

2. ‘THE MEDIA INVENTED MY FEUD WITH THE INTELLIGENCE COMMUNITY’

3. ‘I HAVE THE ALL TIME RECORD FOR TIME MAGAZINE COVERS’

4. ‘THE CROWD STRETCHED ALL THE WAY BACK TO THE WASHINGTON MONUMENT’

5. IT WAS THE MOST WATCHED INAUGURAL CEREMONY BOTH IN PERSON AND AROUND THE WORLD

6. TRUMP’S INAUGURATION WAS THE FIRST TO USE FLOOR COVERINGS

7. TRUMP’S INAUGURATION WAS THE FIRST TIME FENCING AND MAGNETOMETERS WENT AS FAR BACK ON THE MALL

9. ‘I HAVE RECEIVED AWARDS ON THE ENVIRONMENT’

10. THE MEDIA “DELIBERATELY” MISREPORTED THE MARTIN LUTHER KING BUST HAD BEEN REMOVED FROM THE OVAL OFFICE AND DID NOT APOLOGIZE

11. MILLIONS OF ILLEGAL VOTES SWUNG THE POPULAR CONTEST FOR HILLARY

13. THE AUTHOR OF THE PEW STUDY “CHANGED HIS TUNE”

14. THERE WERE 2 GUN HOMICIDES IN CHICAGO DURING BARACK OBAMA’S FAREWELL SPEECH

15. THE MURDER RATE IN PHILADELPHIA IS INCREASING

These were supplied by the Mirror. UK news.

Counting the alternative facts display of lies, one could at most point out 5 to be of consequence while the other ten were based on a narcissistic personality needing to be seen as greater than the greatest. Such a sad commentary for any person, let alone the President of the world’s most powerful nation.

A new calling is going out around the country calling for Constitutional conservatives, liberals, democrats, republicans, independents, and all other non-supporters of Trump to come together to form a group of true #AmericanPatriots to keep vigilance over Donald, and the decisions made by the new administration. One of those leaders with millions of followers around the social sights is Evan McMullin and his new website of https://standuprepublic.com/

This writer invites you to stand strong with your neighbors, your brothers, and sisters that together know that America deserves better. Let all join forces for the good of America, and later the social differences can be brought to a fruition that all can agree with. The sovereignty and safety of America are utmost with the American economy following hot on security’s heels. Let us save America from the fake alternative facts, bigotry, racism, and ignoring of the Constitution of Donald Trump. Stand up, Stand strong, Stand as one, and be the one Republic as we are ready to be!