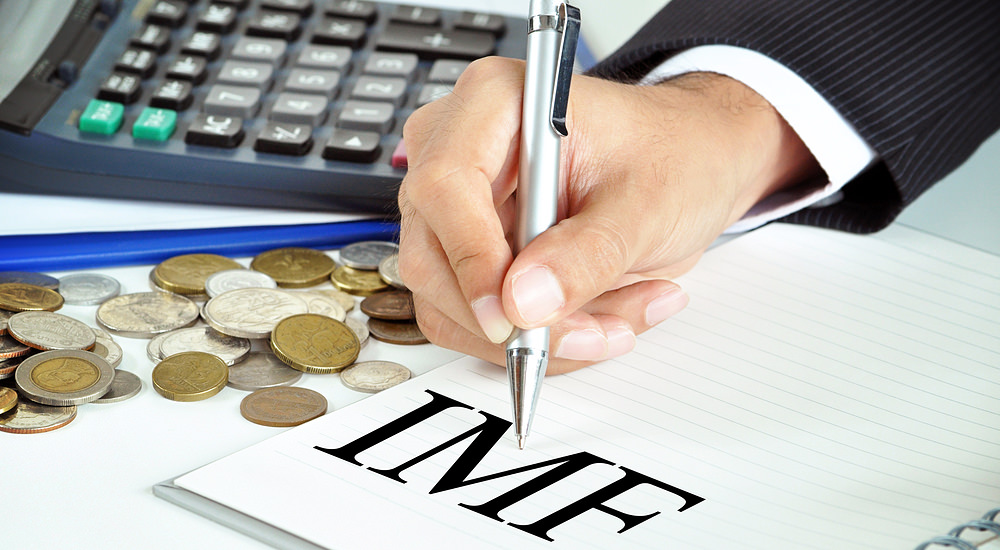 A report by Agence France-Presse, the International Monetary Fund strongly suggests countries tax the rich to fix deficit, is a caveat for a bigger risk. “The IMF has set off shockwaves this week in Washington by suggesting countries fight budget deficits by raising taxes. In its Fiscal Monitor report, subtitled “Taxing Times”, the Fund advanced the idea of taxing the highest-income people and their assets to reinforce the legitimacy of spending cuts and fight against growing income inequalities.”

Before all those occupy supporters, rejoice and start their partying, the sober reality of the actual methods that the financial elites would use to implement revenue enhancement, needs a closer examination.

Contrast the interpretation from Europe with the broader assessment in, IMF Discusses A Super Tax Of 10% On All Savings In Eurozone.

“The sharp deterioration of the public finances in many countries has revived interest in a “capital levy”— a one-off tax on private wealth—as an exceptional measure to restore debt sustainability. The appeal is that such a tax, if it is implemented before avoidance is possible and there is a belief that it will never be repeated, does not distort behavior (and may be seen by some as fair). There have been illustrious supporters, including Pigou, Ricardo, Schumpeter, and—until he changed his mind—Keynes. The conditions for success are strong, but also need to be weighed against the risks of the alternatives, which include repudiating public debt or inflating it away (these, in turn, are a particular form of wealth tax—on bondholders—that also falls on nonresidents)

The tax rates needed to bring down public debt to pre-crisis levels, moreover, are sizable: reducing debt ratios to end-2007 levels would require (for a sample of 15 euro area countries) a tax rate of about 10 percent on households with positive net wealth(*).”

The rhetoric of taxing the supra rich floats the argument that the pain of confiscation is fine when the wealthy are bled. Such poppycock meant for the unsophisticated, clings to the notion that the world operates under some noble objective, of fair taxation levies. How ridiculous.

Analysis from The Market Oracle, Raul Ilargi Meijer adds the correct context, implication, and significance in this IMF “Taxing Times”.

The exact detail scheme of any wealth toll certainly has to be broad in scope for remotely approaching a reprieve on immediate default. The sums of funds necessary to rescue the global banksters gambling tab requires that claims on assets, once thought to be secure, must be tapped.”We can’t however, discard the possibility that this appears in an October 2013 IMF report precisely BECAUSE it, and its peers in national governments, have found a different way to achieve the same goals. The underlying ideas are clear: most governments have debt levels that can’t be rolled over into the future much longer. And inflating them away is not an option: that can’t be done without increased consumer spending, and consumers are maxed out. Radical solutions are called for. Not just in Europe either, US government debt will need to be dealt with too.”

Dave Hodges writes in The International Plot to Steal All Retirement Accounts and hints at the actual target of the IMF’s effort to soften up the climate for drastic measures.

“The banks are acquiring hard assets while restricting their exposure by curtailing lending. We have long heard that bankers that have hijacked the government would commence stealing our private wealth through the pension funds, and this is exactly what the chief bankster, Jack Lew, is implementing. The next step will be to seize bank accounts like they did in Cyprus, and then step up the MERS mortgage fraud as the Federal Reserve continues to purchase $40 billion dollars in Mortgage Backed Securities every month.

The G Fund is invested in interest-bearing Treasury securities (i.e. bonds) that make up the public debt. The Civil Service Retirement Fund finances benefit payments under the Civil Service Retirement System and the basic retirement annuity of the Federal Employees’ Retirement System, and those investments are made up of securities also considered part of the public debt. In other words, for you people who have cushy federal government jobs, Lew is telling you that the government controls your retirement. They own it and they own you. Since the national deficit is $17 trillion dollars and the unfunded federal mandated liabilities (e.g. social security, Medicare, etc) will exceed $220 trillion dollars in one year, these victimized federal workers will never see their full retirement.”

The central banker club uses the IMF as an enforcer. Derivatives used as transferring the debt obligation to the unsuspected asset claimers’, are instruments for expropriation. The mere mention of a tax on bank deposits causes a red alert in financial investment circles. However, the public is so dependent on the whims and continued existence from government policy and programs that the threat of raiding bank accounts does not compute.

Economic subsistence, with no cash reserves or negligible nest eggs, for the majority of the masses is routine. Draining the coffers or annuities of retired public employees, really is an acceptable alternative, since the less privileged perceive their status would get a jump-start when the affluence differential narrows.

Only those who have something to lose will see the IMF trial balloon as a danger to their monetary well-being. The class warfare card works every time. As long as the underlying reasons why the unsustainable debt obligations, mathematical inability of being serviced, without direct appropriation of massive assets from the ordinary public, is ignored.

Here resides the connection that anyone who is part of the paper financial system, is so unwilling to confront. The anointed “PC” rich, like Sir Richard Branson avoids their tax duties by fleeing to tax havens of artificial exemptions. What is next, just orbit the planet from space to keep the IMF collector out of your pockets?

Brokerage and security firm’s danger zones are creations of the financial elites, to fleece private depositors of their retirement savings. Schlock’s like Jack Lew weave government policy to feed his banksters appetites.