The Illusion That the Past Can be Resurrected 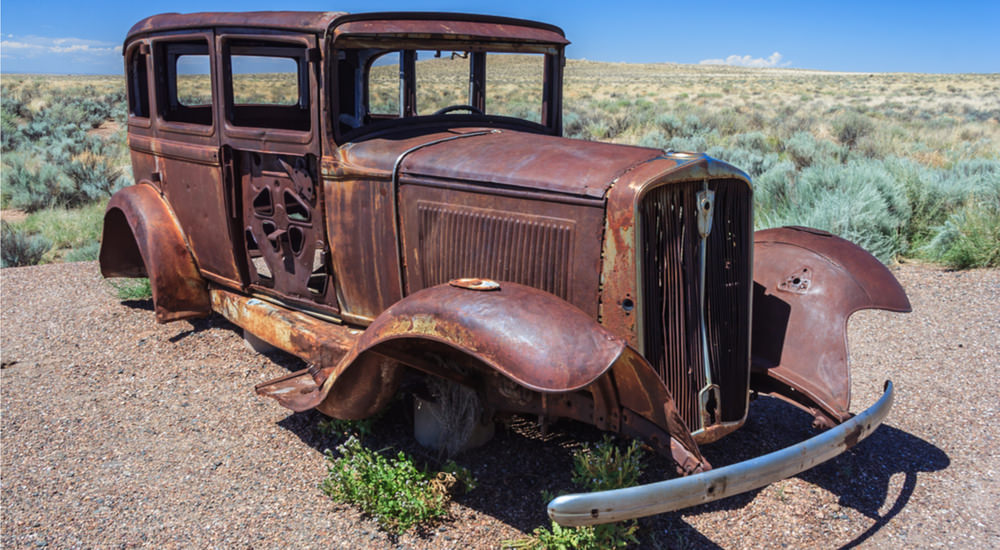 Ah, the good old days.  Many the lament that if only things were like they used to be.  If only Coke was still a nickel and gasoline was 25 cents a gallon.  The picket fences would dot the landscape and the two earner family was not necessary.  You could drive without a seat belt and not have to worry about terrorists.  This attitude ( clung to by mostly conservatives) represents just as much of an illusion that the liberals speak of when they talk of that which can never be.  The liberals talk of a “alternative’ energy as if it was an all encompassing source that would fuel cars and trucks, provide electricity and would simply not have any adverse consequences on the “environment.

Both of the attitudes conveyed above are unrealistic and false.  You can go back to the horse and buggy days but you cannot expect them to contain the same promise of improvement the pioneers sought.  Mud roads, injuries from and to horses, rough rides, slow transportation ( nobody even wants to scale back to 55 mph) all agrees with a return to the past.   There were complaints and hopes that a better way would be found.  Things did get better in the realm of technology and wealth.  Along with this improvement came the delusional politician who would offer more for free and nobody had the courage to stare down these liars and demand they be realistic.  It sounded so good to hear of what could be provided by the government which would have little or no cost to the recipients and only a pittance from the taxpayer.  How gullible could any one nation be?  It is obvious a government run by the people is full of voters who push for more government.  The voters listen and support silly notions that their representatives promise to deliver and wonder why the bloated spending reduces the value of the currency and causes prices to skyrocket.  No matter what the nature of the crisis the voters look to the government for solutions.  They even look for solutions involving economic revitalization from candidates that say they know very little about economics. How naive is that?

It does no good to project the future as a rendition of the past or a future that could never be.  Both liberals and conservatives have grasped for a future that is unrealistic and they wonder why their message is falling flat.  They have no new ideas that can be verified.  The happenings of the past led to the problems of today which negates the conservatives message.  The projections of tomorrow that ignore practicality and the problems of today likewise kill the liberal mantra.  A realistic evaluation of the status and a review of what brought us here is on neither’s agenda.  Those who do try this approach are ignored and the approach scoffed at as too out of step.  Yet what is the answer?  Is it to continue lamenting the past and fantasizing the future?  This isn’t working but it is being perpetuated.  Why?  Is it because there are too many people wanting to read and hear about fantasy or nostalgia?  Are there no messages that “appeal” to the masses unless they ring of mighty government spending and regulating increasingly until no one can do anything without a government agent sanctioning whether it is approved.  Police for food production and distribution. Police for sports and recreation, police for investing, police for transportation, police for wading pools and police for cabbage patches.  When will the cry of enough emerge?  It has always happened as the government grows and intrudes.   Why does it have to be that way?

We can’t go back to the good old days where we won wars under the foreign policies we are now using and had backing for our currency. We can establish a limited government with a fully backed currency that cannot be outlawed by the government.  We can avoid and if necessary fight and win wars with a foreign policy that doesn’t give away our wealth to all that cry need.  We can hang our hopes on political candidates that promise change and do not explain what it is or how it will benefit the nation.   Or the candidate who in essence says, “ Stay the course.  Either of these messages are false hopes extracted from visions of a lamented past or an undefined future.  The nation is waiting for things to improve but improvement is not a product of waiting.  There must be a consistent realistic approach that addresses that flaws that led us to today.  There must be a realistic solution projected that is doable and desirable.  That solution cannot come from polls or politicians whose only desire is to get elected and rule.  The solution must be thought out, agreed upon and implemented just as the founding of the country came about.  We don’t have the British to fight to implement a sound form of government but we do have entrenched politicians that see only the lamented past or the undefined future as the only alternatives ( that will keep them in office).

The nation today is like the dust bowl farmer waiting for rain.  Hoping, but taking no positive action.  Waiting for the financial winds to change and not recognizing the force that upset the apple cart is the force of ideas in the heads of those who see the future as a nebulous fantasy or a reenactment of a period that cried for progress as seen today.  The vision is flawed and will not lead us out of the mire.  It must be revisited and revamped to exclude the notion of unlimited government.  It must dump the notion that the past must be the answer if the future looks dim.  The world we want to live in is guided by the dominant vision expressed and embraced.  A world where government is expected to get us out of what it got us into is a vision of contradictory hope.  We cannot look to the government as it is a conglomeration of people intent only on pleasing enough people to keep them in power.   Realistic visionaries do not come from such ranks.  Nor can we look to those who rely on the political grants and promises that perpetrate their livelihood.  The right ideas are out there.  They only need to be recognized, understood and embraced.  Otherwise the visions that have not worked will continue to not work and the chaos of drift will prevail.