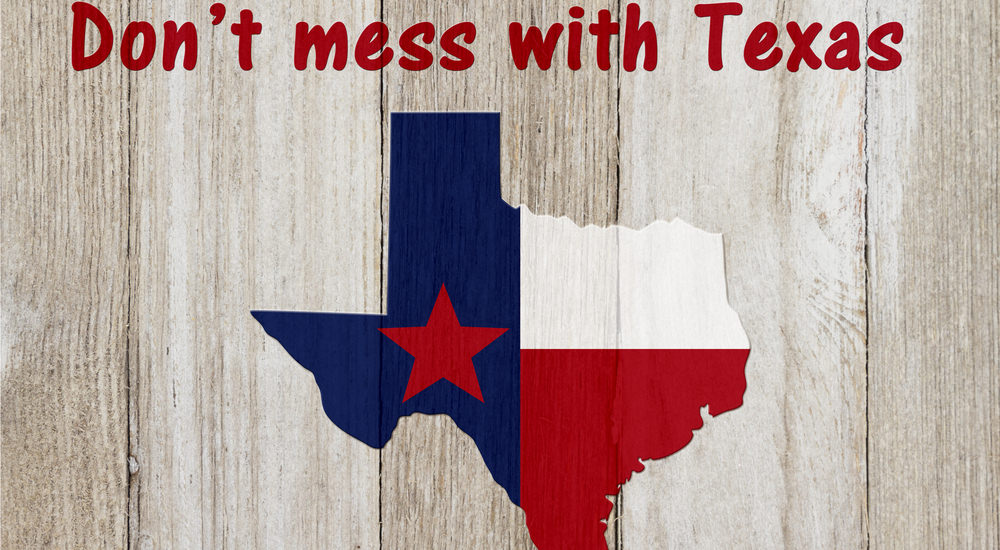 Obviously, green card holders aren’t American citizens. Why then did Rosa Ortega of Grand Prairie, TX, 37, assume she was entitled to vote? Further, why did she foolishly sign government forms attesting to U.S. citizenship? Unfortunately for this Mexican-born, Texas-raised mother of four, ignorance of the law is no excuse.

Perhaps taking a page from D.C.’s “new sheriff” President Trump, the Lone Star State’s penalty—imposed by Ms. Ortega’s jury—shows startling backbone: eight years in the pokey and a $5000 fine for voter fraud. Beyond her stiff sentence, she also defies the expectations of a political stereotype: reportedly she voted for pro-law enforcement Republicans. There’s some delicious irony in that.

Given this nightmarish scenario, Ms. Ortega’s understandable reaction is very human one:

“Why me, God? Eight years for signing a piece of paper wrong. I didn’t know what I was doing. I don’t have any criminal record. Why am I the example?”

Notice how her words denote false victimization. An almost lawyerly evasiveness to diminish her illegal acts, perpetrated since 2004. Specifically, Ortega had voted in five elections in Dallas County before her voter registration was nixed in April of 2015. Per Fox 4 News, her identity was scrutinized after she tried to register to vote twice in Tarrant County. Those applications were both denied.

Doesn’t this pattern of wrongdoing indicate willful ignorance? Hers is a total denial of personal responsibility for her choices—and their unexpected consequences. Indeed, Ortega is swiftly discovering a new paradigm like so many others in the shadows. Unlike Obama’s lackadaisical regime, in Trump’s America laws and legal status matter—again.

Despite Ms. Ortega’s sympathetic protestations, voting by non-citizens is not a meaningless crime. Its stealthy practice is actually an insidious assault upon our country’s soul. After all, what’s more fundamental than diluting the all-important voice of We the People?

In most cases (not Ortega’s: she’s a permanent resident), this “thievery” is perpetrated by an unknown segment of an invisible, squatting underclass of foreign invaders with no legal standing. Perhaps assisting matters, per Pew Center statistics, voter inaccuracies are rampant. They include: dead people still registered and/or voting, the same person registered in two or more locations, and largely faulty or completely invalid registrations. How many of those permit illegals to vote?

Moreover, do they yet exert enough influence to tilt an election? What of a 2015 survey that indicates that 13% of illegals confess to fraudulent voting in California with its treasure trove of 55 electoral votes? Election results there show that since 1992, to the present, the nation’s most populist state has voted solidly Democrat. Is it just coincidence that the outspokenly pro-illegal Democratic Party dominates there? These are the pressing, unanswered political questions of our age.

Elections aside, it’s beyond naive to believe that the bushels of bad apples among the undocumented don’t have a harmful impact upon our society. What of the tragic murders of Kate Steinle and Jamiel “Jas” Shaw II at the violent hands of illegals? Their premature deaths would not have occurred otherwise. More recently, neither would the bathroom gang rape of a 14-year old ninth-grader by two older illegal teens in Maryland’s Rockville High School in March of 2017. Based on 2014 government data, the Pew Research Center estimates approximately 3.9 million kindergarten through 12th-grade students in U.S. schools—or 7.3% of the total—are children of illegal aliens. At minimum, how is that not a cultural disruption and a logistical nightmare? Likewise, how is a suspected 11 (or is it 30?) million strangers freely adrift within our borders—with no incentive to assimilate—never anything to be concerned about?

Insulated from danger, the powerful and moneyed families of Washington’s elected officials are safe. As the establishment of both parties remains unaffected, their nonchalance on these related issues is easy to understand. For decades, why not act like metaphorical ostriches with heads buried in sand while an abetting MSM happily plays along? Yet, ignoring these glaring problems doesn’t change their reality. For context, contrast that high school child’s brutal sexual assault—or the killing of innocents—to Rosa Ortega temporary loss of freedom (and potential deportation). To borrow the catchphrase from the 1970’s TV show “Baretta”: “Don’t do the crime if you can’t do the time.” Her unlucky fate broadcasts an important social and political message: lawbreakers, big and small, beware.