A Valedictorian, an Inmate, and the U.N. 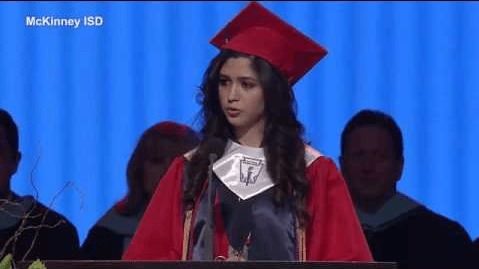 In this episode I discuss a female Valedictorian from a Texas High School, who appears to be the model American citizen – except she isn’t. She’s an illegal alien, not quietly living in the shadows as we’ve been told by so many on the left. Instead she proudly and unashamedly tweeted she was “undocumented.”

In segment two I discuss the absurd state of California – how an inmate, in prison for life has demanded and has been granted by Federal Judge the right to have the state pay for his gender-reassignment surgery. And the insanity doesn’t stop there.

Segment three concerns the United Nations and its Secretary General Ban Ki-moon, allowing itself to be extorted by Saudi Arabia. The country was to be blacklisted by the U.N. for their role in the conflict in Yemen, but the Saudis threatened to pull their funding and leave the United Nations if Ban didn’t relent and switch his position. I wonder what happened.