If We Changed God’s Name To Pat, Maybe There Would Be World Peace 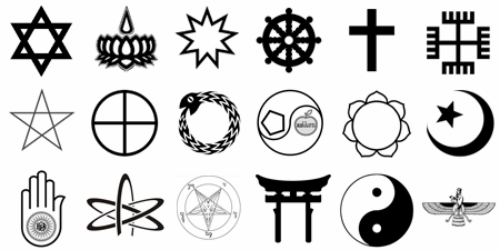 The woke culture is not happy with people calling the creator of the universe God. They believe it is a name that favors those who practice just one faith, the Jews. They are ignorant of the fact that all Abrahamic faiths (Jews, Muslims, and Christians) worship the same God.

Based on the woke objections, I came up with a great idea. What if we all worship the same God? I am not saying we should all follow the same faith or worship the same way. But wouldn’t it solve many of our problems if we changed the word that every faith uses to refer to the Lord? If we all referred to God with the same word. Think of how that would solve many of the world’s problems.

Wouldn’t it be wonderful if everyone called God the same thing and concentrated on what he was trying to teach us?

Over the last few years, our politically correct society has adopted many different names for things. At the very least, these names confuse us all. For example, a terrorist that kills Jews is called a militant government over-spending is called an investment, taxes are revenue enhancements, and legislation that will add to the crisis of rising costs is called the inflation reduction act.

If we can unify language concerning terrorists, taxes, and inflation, shouldn’t we start by coming up with a common name for the creator of the universe?

We couldn’t use Allah. It has much too much baggage for non-Muslims. Besides, many Muslims don’t like it when we infidels use the word. And I don’t think that Muslims would not want to use the term, God. It’s English, so it would almost be like converting and becoming part of the great Satan.

Therefore I suggest coming up with a brand new non-denominational term for the Lord. My Suggestion is Pat

Pat would be a perfect name for God. First of all, you wouldn’t have to commit to a significant redesign of the Bible. Pat and God have three letters; therefore, the new name would fit perfectly. The online versions wouldn’t have to be reformatted either.

Pat is gender-neutral. The woke world couldn’t complain that all faiths are misogynist.

Sure the Koran would have to be changed, but we could sell it based on how the two fewer letters in the name would save paper and ink costs. I bet the politically correct liberals could even be convinced that the switch to Pat will help reverse Climate Change (since it is really just the natural cycle of the Earth, they will be easily fooled). 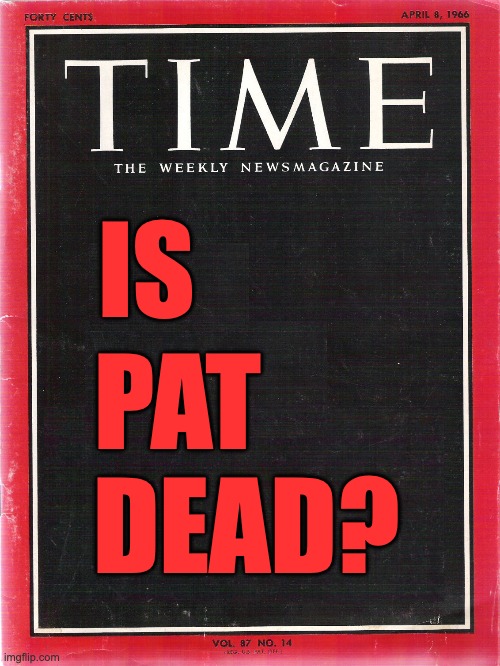 God’s new name would make the creator of the universe seem so much more approachable and genuine. If we make the change, I guarantee we will see a Time Magazine cover that asks, “is Pat Dead?” And think about the people who habitually use the word “Dammit” after the word God. Their favorite expression will no longer be blasphemous since God will have a new name.

Think of how the kids will feel so much more comfortable going to a house of worship and praying to Pat. How much easier it will be to have a personal connection with their deity, the name Pat is so warm.

The only objection I can find is that Pat is also a name for people. Things could get a little confusing. For example, human Pats might start to wonder why every time someone hears a sneeze, they call out Pat Bless You and why the famous Marlon Brando movie is renamed The PatFather,

But as far as I’m concerned, that’s a small price to pay, and when you think it through, there shouldn’t be a problem. I have two Hispanic friends who are very Catholic, they are not related, but each of their parents named them Jesus. That wasn’t an issue.

There it is–my case all laid out. In my humble opinion, changing the Lord’s name to Pat is a great idea. Some might even call it a Pat-send. If we can all agree to call God the same thing–maybe–just maybe, we can listen inside of our hearts and hear his or her voice that is within us all. Maybe then, instead of fighting each other, we can follow the teachings of God, Pat, Allah, or whatever you want to call the creator of the universe, we will make the world a much better place.